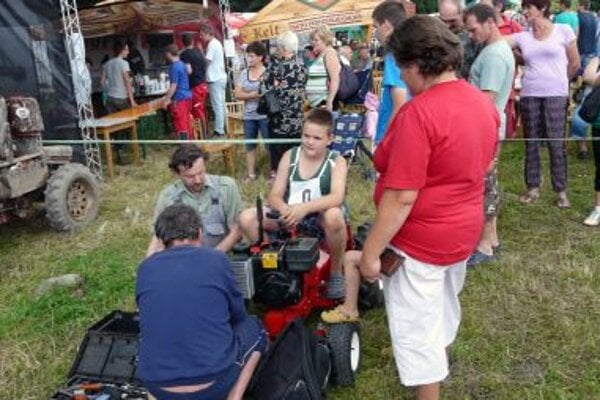 Ľudovít Kubiš, head of the organisation committee of the competition, informed the TASR newswire that Miroslav Krahulec of Hriňová won, beating 14 other contestants. Local contestant Jakub Vetrák dominated the competition for the strongest tractor, and the jury selected Slavoj Hruška for the most beautiful tractor.

“We competed on a traditional track,” Kubiš informed. “First was the race for the fastest drive, then a test of driving skills. Racers also had to drive with a trailer, which they had to return to the original spot by driving in reverse. Ondrej Porubksý, now 11, has already participated for the fourth time. He is traditionally the youngest participant; his father tailor made his small tractor specifically to fit him. Unfortunately, he failed to pass the first training measured for time,” the organiser concluded.

From among the ladies who came to watch and support the contestants, the jury selected Denisa from nearby Hriňová for Miss Small Tractor.