Medveď sacked for renting own car

A FORMER environment minister, who now heads the largely state-run stock exchange, has been using state funds to rent a car from his own company and as a result must leave his post, after opposition MP Miroslav Beblavý revealed the mishap on August 25. 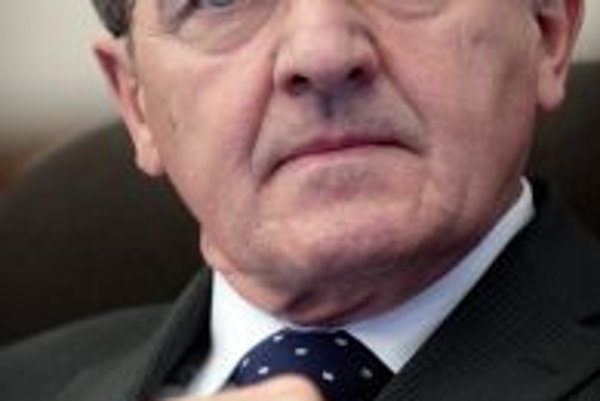 A FORMER environment minister, who now heads the largely state-run stock exchange, has been using state funds to rent a car from his own company and as a result must leave his post, after opposition MP Miroslav Beblavý revealed the mishap on August 25.

Until recently Jozef Medveď served as the chairman of the managing board of the Bratislava Stock Exchange (BCPB), which the state controls through the National Property Fund (FNM), which is controlled by the Economy Ministry, which owns 76 percent of the BCPB shares. As a public official, he has been suspected of abusing his powers and allowing personal interests to trump the public interest.

On August 25, Beblavý reported that Medveď misused his post by hiring vehicles in the value of €19,900 from his own private company, called Vanys.

Medveď is the only shareholder in Vanys, which is managed by his wife, the TASR newswire reported.

Conceding that the Law on Conflict of Interest does not deal with companies for which the FNM is the majority shareholder and therefore it is not an issue to be handled by the parliamentary committee, Beblavý informed the Economy Ministry as well as Prime Minister Robert Fico, requesting them to look into the issue and hold Medveď accountable.

“The only one that can draw political responsibility regarding this issue is the government of the Slovak Republic, inter alia through bodies of the FNM,” Beblavý said, calling on the government to use its powers and dismiss Medveď from his post.

“Mr Economy Minister has got a clear directive – if it is true, Mr Medveď will be recalled,” Fico told journalists when asked about the issue on August 25.

The Economy Ministry confirmed later in the day that Medveď would be fired.

“From the legal point of view, the law was not violated,” Economy Ministry spokeswoman Miriam Žiaková said, as quoted by TASR. “Nevertheless, Economy Minister Pavol Pavlis views the situation as unethical, so after looking into the case, today he asked FNM chairman [Branislav Bačík] to present a proposal on dismissing the BCPB managing board chairman.”

Vanys won a tender against two competitors thanks to presenting the lowest bid, according to Žiaková.

The rental contract for the car has been properly published on the website of BCPB as “car renting”, the Sme daily reported. BCPB Director Marián Sásik confirmed for the daily that it only concerns one car, the one used by Medveď.

Medveď has been known to the Slovak public since 2009, when he was appointed as the fifth environment minister in the first Fico cabinet (2006-2010), after a string of ministers nominated by Smer’s coalition partner Slovak National Party (SNS) were dismissed over the infamous emissions quotas sale, which has been labelled one of the biggest corruption scandals in recent years but has never been properly investigated.

Medveď, who then served as deputy rector of a private college in Banská Bystrica, was appointed as minister after he sent his CV to an employment agency and subsequently received an offer to take up the ministerial job.

“I sent my standard CV to an agency and then I received an invitation, or rather a question, whether I was willing to go to a high level state executive position, not in politics but as an executive,” Medveď said back then in an interview with the Hospodárske Noviny daily.