Star EU won 70 out of 70 tenders it applied for

NUMEROUS municipalities around Slovakia have made use of the external project management services of a single company under questionable circumstances. Transparency watchdogs have labelled this a potentially major case of cronyism in drawing EU funds and are calling on the European Commission to look into the matter. 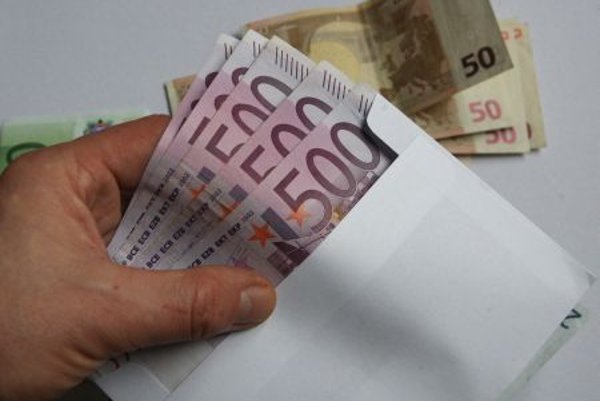 Transparency in drawing EU funds is under scrutiny thanks to the services of Star EU. (Source: SME)
Font size:A-|A+  Comments disabled

NUMEROUS municipalities around Slovakia have made use of the external project management services of a single company under questionable circumstances. Transparency watchdogs have labelled this a potentially major case of cronyism in drawing EU funds and are calling on the European Commission to look into the matter.

On August 25 the Sme daily broke the story on the company Star EU, which has been extraordinarily successful in public procurements, winning 70 out of 70 bids that it applied for.

The circumstances of Star EU have been described in a study written by Ivan Kuhn from the non-governmental think tank Conservative Institute of M. R. Štefánik. In May 2014, Kuhn, who is also a municipal politician in the town of Rožňava and the deputy chairman of the non-parliamentary Civic Conservative Party (OKS), reported on the peculiar way in which Star EU has won dozens of tenders in municipalities around Slovakia, mostly in those with mayors nominated by the ruling Smer party.

In the study, Kuhn charges that back in 2008, Star EU, a Slovak subsidiary of the Czech-based Star company, which specialises in advisory services for drawing EU funds, was recommended to mayors nominated by the ruling Smer party and by Smer politicians, and that the company has won all of the tenders it has been identified as having applied for.

Kuhn’s report goes back to 2008, when the current labour minister and then general secretary of Smer, Ján Richter, attended, along with then and current Prime Minister Robert Fico, a closed-door meeting with mayors nominated by Smer in Košice and Prešov Regions, on using finances from EU funds. Representatives of the Star EU agency attended the meeting, too, and Richter reportedly recommended that the mayors use the services of this company when preparing their projects for drawing EU funds.

“We have learned that the Star EU agency is prepared to methodically help us in the area of projects, technical documentation and with the preparation of other documents,” Mikuláš Krajkovič, mayor of the village of Vápeník, told Sme back in 2008.

Since then, Star EU has been involved in drafting projects for drawing EU funds in at least 70 projects submitted by 33 municipalities all around Slovakia. The company earned cumulatively over €1.4 million on the projects.

Drawing on the case studies of Rožňava and Senica, where Star EU was employed for external project management, Kuhn states that there are reasons to believe that the company’s services were overpriced and that the bids for tenders were likely coordinated.

In both Rožňava and Senica, as well as in the cases of all the 70 projects Kuhn identified, the selection of the provider of external project management was carried out in a type of tender where only three companies are invited and no public notice about the tender is made. This is possible under the public procurement law for services below €30,000 excluding VAT. In the vast majority of the 70 investigated projects, the same six companies (Star EU, ENICCO, FD Consulting, I.S.F., SQM, and PLUSCA) were invited to submit bids for the tender, Kuhn states.

When compared with the case of Nová Baňa, which procured similar services through an open tender, it turns out that the services could have been procured for three times less, according to Kuhn. While in Nová Baňa the costs of the services represented 0.7 percent of all the project costs, the costs of the 70 projects for which Star EU provided its services were on average 2.18 percent, according to Kuhn. Based on that figure, he estimates that the municipalities could have saved almost €1 million if the provider of the external project management services had been sought through regular public tenders like the one in Nová Baňa.

“At the same time, we must stress that the identified 70 projects are but a fraction of the overall number of projects implemented in Slovakia with financial support from EU funds,” Kuhn wrote in the study.

Additionally, Kuhn points out that in 28 out of the 70 identified projects, the public procurement process was contracted out to the company Tender Profit, which the study found to be personally interlinked with Star EU through Jan Reichelt and Michal Reichelt, who are both either owners or members of the boards of both companies. Such a connection would constitute a conflict of interest.

EU to step in

Kuhn noted in his report that he turned to Slovakia’s Public Procurement Office (ÚVO) as well as the European Anti-Fraud Office (OLAF) with the results of his study.

Based on Sme’s most recent reports, the European Commission will request and analyse the information on these tenders from the Slovak authorities. At the same time, however, it is the member states which bear responsibility for drawing EU funds.

Following the media reports, the anti-corruption unit of the National Criminal Agency launched an investigation into the suspicious procurements that Kuhn highlighted in his study, Sme reported on August 28.

OKS chairman and head of the Conservative Institute Ondrej Dostál has filed a motion with the General Prosecutor’s Office, and his party, together with the NOVA movement, is also lodging a motion with the Supreme Audit Office (NKÚ) and the ÚVO.

“It is transparent that an opposition politician, OKS deputy chairman Ivan Kuhn, is opening a six-year-old topic through the Sme daily two months before the municipal elections in which he wants to run for mayor of Rožňava,” Labour Minister Richter told Sme in response to questions about Star EU and his involvement in recommending the company to mayors.

Fico did not address the Star EU affair, but Agriculture Minister Ľubomír Jahnátek confirmed for Sme that his ministry, which manages the Regional Operation Programme through which municipalities draw EU funds, was looking into the tenders, as well as hundreds of other projects for which external project management services were procured.

“As early as Monday [August 25] I ordered all the projects to be reviewed, but there are more than 1,000 of them,” he said, as quoted by Sme.

Jahnátek, who has been at the helm of the Agriculture Ministry since 2012, claims that he excluded the possibility of hiring an external project management company paid for with EU funds in such projects.

Šípoš believes increased public control of tenders would help prevent cronyism, and that public control could be enhanced if all municipalities were required to publish their contracts in the central contract registry rather than on their individual websites as they do now. As a result, if one were to find out how many contracts Star EU signed with municipalities around the country, one would have to search through almost 3,000 websites, Šípoš noted.