THREE months ahead of the municipal elections in Slovakia announced for November 15, people often do not know who aspires to become the mayor of their towns or villages, a mid-August survey by the Focus polling agency suggests. The candidate lists for the races in the vote close on September 21, while the race to lead Bratislava has garnered the most headlines. 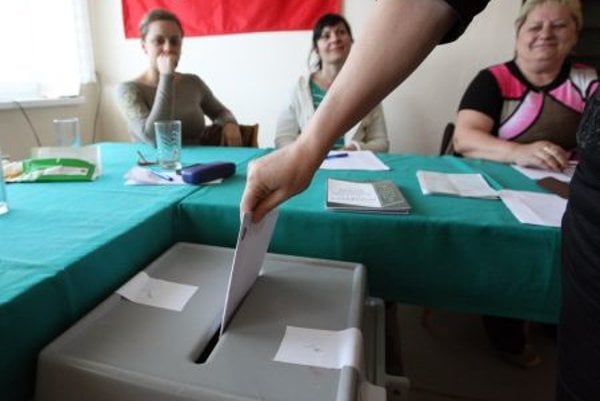 THREE months ahead of the municipal elections in Slovakia announced for November 15, people often do not know who aspires to become the mayor of their towns or villages, a mid-August survey by the Focus polling agency suggests. The candidate lists for the races in the vote close on September 21, while the race to lead Bratislava has garnered the most headlines.

Meanwhile, President Andrej Kiska in a video published on his website has called on Slovaks to consider entering politics at a communal level since the country needs new and honest people in the political arena.

Kiska appealed to people to place their confidence in deputies they trust, and if they feel that the functioning of the self-governments needs to be changed they should then address honest, capable and energetic people and persuade them to run.

Perhaps it is you yourself who could run and help to change our Slovakia, the president said while drawing on his own experience: “I can tell you that this route is not easy but we cannot only talk about wanting to change Slovakia while not being active.”

To date, four people have announced they will run for the Bratislava mayoral post, including incumbent mayor Milan Ftáčnik, who four years ago ran as an independent with support from Smer. Ftáčnik’s team announced on August 15 that he does not want to pretend that he has nothing to do with the Smer party, even though he again plans to run as an independent.

Among the confirmed candidates are Milan Kňažko, encouraged by the 244,401 votes he collected in the first round of the presidential elections, of which 69,662 came from Bratislava Region, who is running as an independent supported by the Christian Democratic Movement (KDH). Ivo Nesrovnal is running as an independent after failing to secure the support of Radoslav Procházka’s party Sieť, while he recently left his mother party, the Slovak Democratic and Christian Union (SDKÚ). Miroslav Dragun, the head of the No to the Pipeline civic association, has also announced his candidacy.

Meanwhile, the parties Sieť, Freedom and Solidarity (SaS), Most-Híd and the SDKÚ announced that they would not only present a joint slate for the municipal election to the Bratislava city council but also introduce their joint candidate for the Bratislava mayoral post, the TASR newswire reported.

The Sme daily wrote in its August 27 issue that Sieť would nominate Tatiana Kratochvílová, the current head of the transport department of the Old Town office, and that she reportedly also has the support of the remaining three parties.

Local elections frequently give rise to peculiar coalitions of political forces and local branches of parties are more open to enter partnerships, even with parties they would not cooperate with at the national level.

For example, representatives of the Most-Híd party received recommendations not to enter a coalition with the ruling Smer and the Slovak National Party (SNS), thus providing a way to partner with the Hungarian Community Party (SMK), its biggest rival in targeting ethnic Hungarians in Slovakia, TASR reported.