PARLIAMENTARY deputies often see amending proposals to draft bills on the same day or one day before the corresponding legislation is passed in the second reading. This finding stems from an analysis recently published by the Business Alliance of Slovakia (PAS), which says that this short window of time makes public control of the proposed measures impossible. Therefore, it proposes setting a minimum one-week period for publishing amending proposals. 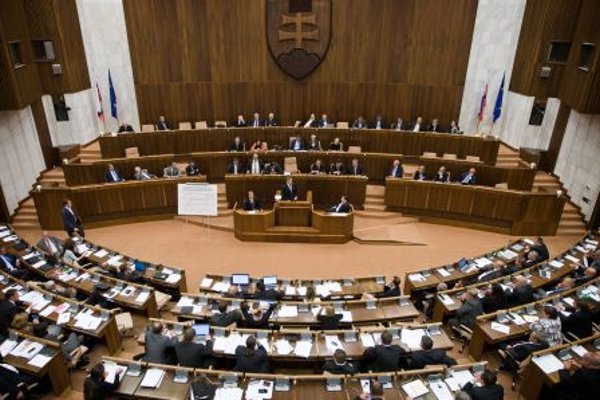 PARLIAMENTARY deputies often see amending proposals to draft bills on the same day or one day before the corresponding legislation is passed in the second reading. This finding stems from an analysis recently published by the Business Alliance of Slovakia (PAS), which says that this short window of time makes public control of the proposed measures impossible. Therefore, it proposes setting a minimum one-week period for publishing amending proposals.

“The aim of this short analysis is not to cast doubt on the right of MPs to submit amending proposals to discussed draft laws,” PAS stated, as quoted in the release. “We, however, do not consider the system good when the amending proposal can significantly change the results of month-long preparation of the law from one day to another without public discussion.”

While some parliamentary parties agree with PAS, others say that the period for submitting amending proposals is sufficient and that they have enough time to get acquainted with them.

“This, in fact, makes public control and submitting comments to nearly one half of the proposals impossible, and extends room for pushing through partial interests of individuals or selected groups,” PAS said.

The average time during which amending proposals were published between April 2012 and July 2014 was 2.02 working days. The most disciplined MPs, according to the analysis, were those who made it into parliament on the slate of Freedom and Solidarity (SaS). They published amending proposals 2.31 days on average before the second reading. The analysis did not, however, distinguish between the deputies who later left the party and those who remained.

The period is sufficient, some say

In order to increase public control and enable the public to learn about the changes in an amending proposal and discuss them, PAS proposed the introduction of a mandatory, one-week minimum period for publishing amending proposals.

The ruling Smer party issued a similar statement, saying that the current process of passing legislation is based on tradition and does not deviate from the legislative processes in most European Union member states. The amending proposals passed at the session of the parliamentary committee are part of the reports from the session and are also published on the internet. Moreover, the Parliamentary Office distributes them to all deputies present in the plenary, Ľubica Končalová from Smer’s press department told The Slovak Spectator.

Several opposition parties, however, agree that the quality of the legislative process is low and the situation needs to change.

“There are many examples when MPs quickly adopted significant changes to laws through amending proposals, whose effect disrupted the competition and created conditions for corruption and arbitrary decisions by state authorities,” Jana Kiššová of SaS told The Slovak Spectator.

As an example she mentioned a change to the law on investment aid that allowed the economy minister to decide over investment aid for Duslo Šaľa at nearly €60 million, without discussing it at the cabinet session.

Viliam Novotný of SDKÚ has also criticised the current practices. He said that amending proposals should be passed early enough so that all MPs and the public can get acquainted with them.

The KDH, on the other hand, says that the parliamentary rules set a period for submitting the proposals to 24 hours before the discussion, which is enough under normal conditions. He, however, criticised the proposals submitted by MPs of the ruling Smer party, some of which have significantly changed the laws, rather than improved them. This should not happen, and such low-quality amendments should be withdrawn and redone, KDH spokesperson Matej Kováč told The Slovak Spectator.

Most-Híd party says there is room for changes in the legislative process. Since the party considers them necessary, it included measures aimed at improving the situation into its Civic Vision 2016 strategy, Gabriel Gilányi, the party’s spokesperson, told The Slovak Spectator.

Novotný and Kiššová, however, assume that parliament would not agree to a longer period of time for publishing amending proposals. According to Kiššová, some parties need to pass “purpose-built legislation that satisfies lobbyists and selected business groups”.