WHILE the prospect of disruption to natural gas supplies is the major worry of the Slovak government, the country is also bracing for a possible cut or halt in supplies of Russian crude oil via Ukraine. Prime Minister Robert Fico and other state representatives met with representatives of the oil pipeline company Transpetrol on August 25 in response to the sanction law which Ukraine recently adopted. 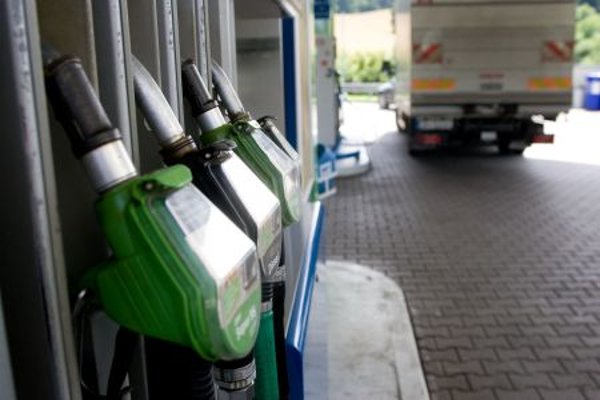 WHILE the prospect of disruption to natural gas supplies is the major worry of the Slovak government, the country is also bracing for a possible cut or halt in supplies of Russian crude oil via Ukraine. Prime Minister Robert Fico and other state representatives met with representatives of the oil pipeline company Transpetrol on August 25 in response to the sanction law which Ukraine recently adopted.

“If somebody thinks that sanctions will cause pain only to one side, then they are very wrong,” Fico said after the meeting. “That boomerang has returned and hit us in the head.”

Slovakia’s annual consumption of crude oil, which is completely imported from Russia via Ukraine, is about six million cubic metres. It is processed by the Slovnaft refinery. Transpetrol operates Slovakia’s stretch of the Druzhba pipeline, from the Ukrainian border through Šahy to Bratislava, built in 1960–1961. It transports annually about 11 million cubic metres of oil, five million of which go to Czech and Hungarian refineries.

Any decision made by Ukraine to halt or restrict Russian oil supplies through its territory to the West would significantly damage Slovakia’s national interests, Fico said after the meeting, as quoted by the TASR newswire. As Slovakia has displayed its solidarity with Ukraine by ensuring a small reverse gas flow from Slovakia to Ukraine, it expects Ukraine to behave similarly in terms of oil supplies to EU member states, Fico stated.

“The primary scenario we discussed was about oil supplies remaining safe at the current level,” said Fico. “This doesn’t mean that we aren’t prepared for emergency scenarios, however.”

Slovakia can rely not only on stocks of crude oil and products, but also on the Adria crude oil pipeline. While the stockpiles could stand in for seven months worth of consumption, via the Adria pipeline interconnecting Slovakia and Hungary, it is possible to transport three million cubic metres of oil annually. Slovnaft, MOL and Transpetrol are currently working on reconstructing the pipe. In November its capacity should be increased from the current three million tonnes of crude oil annually to six million tonnes, they say.

“This amount would completely cover Slovakia’s consumption,” Fico said, as quoted by the SITA newswire.

But experts point to neglected maintenance of part of the Adria pipeline in Croatia. Ivan Krivosudský, director general of Transpetrol, also admitted that thus far nobody has tried to transport such a large amount oil from the south.

“During the recent history of Transpetrol we have transported a maximum of 800,000 tonnes of crude oil annually downwards [in the direction towards Croatia],” Krivosudský told Slovak Television.

Representatives of Transpetrol and its Croatian counterpart are to sign an agreement about preparedness to supply such an amount of oil in the upcoming days.

Nevertheless, suspended oil supplies from Ukraine would mean financial loses. Slovakia would have to pay more for the transit of oil via Adria and prices of motor fuel would go up.

“A sum of €100 million has been mentioned [in the event of usage of the Adria pipeline] plus fallout in revenues from the [interrupted] transit to the territory of the Czech Republic,” Fico said.

According to energy expert Jozef Badida, reverse flow through the Druzhba pipe is also a possibility. Implementing it would depend on the skills of technicians of Czech and Slovak oil pipeline operators Mero and Transpetrol, he said.

“Then the situation from 2009 would repeat,” said Badida, as cited by TASR. At that time, the Czechs promptly helped Slovakia during the natural gas crisis through a reverse flow of natural gas.

According to Badida, the planned oil pipeline from Bratislava connecting with Austria’s Schwechat pipe could also help in the future in case Austria’s OMV allows reverse supplies of oil to Slovakia. The eventual route of that pipe and whether it will actually come to fruition remains in dispute.