A PLAN to extend the broad-gauge rail line from eastern Slovakia to Vienna has been on the table for some time now. But a final decision over whether this project will even materialise has not been made, and its financing remains unclear. A feasibility study should help in this decision, but the selection of a consortium to carry it out has caused concerns. While Austria would like to see the project sped up, a Slovak expert warns about the return of investments and sees it rather as a politically-motivated project. 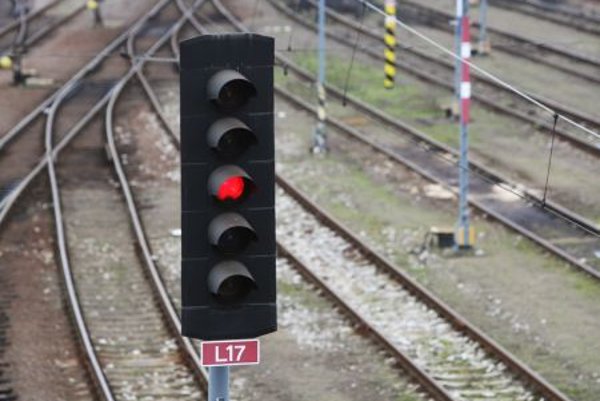 Final decision over extension of the broad-gauge rail line from eastern Slovakia to Vienna has not been taken yet. (Source: TASR)
Font size:A-|A+0

A PLAN to extend the broad-gauge rail line from eastern Slovakia to Vienna has been on the table for some time now. But a final decision over whether this project will even materialise has not been made, and its financing remains unclear. A feasibility study should help in this decision, but the selection of a consortium to carry it out has caused concerns. While Austria would like to see the project sped up, a Slovak expert warns about the return of investments and sees it rather as a politically-motivated project.

The Bernard-Valbek-Obermayer consortium won a tender to prepare a feasibility study on the extension of the Košice-Vienna broad-gauge line. The tender was announced by Breitspur Planungsgesellschaft under the joint control of Austrian, Ukrainian, Russian and Slovak railway companies, the TASR newswire reported. The consortium won the tender by offering the best price, which represented one of three of the evaluated criteria. Bernard-Valbek-Obermayer will draft the study for approximately €6 million, with the runner-up – the consortium of ILF-Werner Consult-Reming Consult – submitting a bid of approximately €11 million.

Some of the unsuccessful participants in the tender are considering challenging the results of the tender, TASR wrote on August 27. The problem stems from the participation in two different consortiums of two separate companies, Valbek and Prodex, which are owned by the same parent company. Prodex was part of an unsuccessful consortium along with the companies Schimetta and Tectum.

While this is not illegal, it does raise concerns.

“The participation of proprietary interconnected companies is not directly prohibited,” lawyer Jana Martinková told TASR. “But this raises unwanted doubts about the possibility of coordination of these companies in public procurement, respectively; it is not possible to exclude the possibility of the existence of an agreement or coordination of the proceeding of these companies resulting in the limitation of competition.”

Construction experts also question the low price with which the consortium won the tender. Gabriel Koczkáš, general director of Dopravoprojekt, a company involved in the construction of transportation infrastructure, noted that Valbek has no experience designing railroad tracks. He also sees the price of less than €6 million to carry out the feasibility study as too low and even unrealistic, TASR wrote.

The feasibility study is supposed to evaluate the environmental impacts of the line and determine the route and construction details. Furthermore, the study will determine the location of the new cargo terminal in the Vienna-Bratislava region.

“The cargo terminal will be not in Vienna, but probably in the already existing industrial parks of Kittsee or Parndorf,” said Martinková, adding that this locality would be cheap for Austria and economically, strategically and geopolitically advantageous for Slovakia. “Of course, its placement on the Slovak-Austrian border would be ideal.”

Existing broad-gauge rail lines cross the Slovak-Ukrainian border at two places: Čierna nad Tisou–Chop and Maťovce–Uzhgorod, where there are also terminals where goods can be re-loaded onto standard-gauge trains. A broad-gauge line extends from Maťovce as far as Haniska, near Košice, and is used to transport iron ore to the U.S. Steel Košice steelworks.
Under the planned project the broad-gauge railway line would be extended from Košice to the Twin City region of Vienna and Bratislava. Constructing the track would result in a rail system linking eastern European and Asian markets directly with the wider European market.

In 2008 the state-run railways of Austria, Slovakia, Ukraine and Russia created a company, Breitspur Planungsgesellschaft, to expand the broad-gauge railway track.

Roland Berger Strategy Consultants delivered a pre-feasibility study in 2011 for a broad-gauge railway connection between Košice and Vienna, confirming the technical and legal feasibility of the project and emphasising the great potential of a broad-gauge rail track system stretching to the Twin City Region.

Preliminary estimates put the costs of the broad-gauge railway at €6 billion, but now they are estimated at €9 billion, with the sources of funding remaining unclear at this point. According to Transport, Construction and Regional Development Minister Ján Počiatek, the railway line would only bring benefits for Slovakia, as it is a strategic project linking Asia and Europe and would thus represent an alternative to water transport.

The railway has been heavily criticised by Slovak opposition politicians, citing the loss of hundreds of jobs in the economically undeveloped eastern regions of Čierna nad Tisou, Veľké Kapušany and Kráľovský Chlmec. Most recently, head of the Transport and Economy Institute Ondrej Matej and former Slovak Democratic and Christian Union (SDKÚ) party MP and advisor to former prime minister Iveta Radičová said that Slovakia would be best off if it pulled out of the project and took its own path toward transport integration, TASR wrote.

Austrians want to speed things up

The business association of the Austrian People’s Party (ÖVP) would like to see the project accelerated. Austrian daily Die Presse wrote on August 22 that the extension of the route from Vladivostok, Russia, to Vienna would create conditions for faster transport of goods from Asia to Europe. While transport via the sea takes about 30 days, that time would be halved by rail transport.

Alexander Biach, the head of the Viennese ÖVP Business Association, said, as cited by Die Presse, that Vienna as the final destination of the route is of interest because it is an important railway hub, TASR cited from Die Presse.

“Asian trade partners, of course, are interested in gaining access to this hub,” said Biach. “And this is an opportunity for Vienna.”

According to Biach, trains from Vladivostok to Vienna may start running in 15 years. An Austrian delegation will go to Moscow in October, and the extension of the broad-gauge track from Košice to Vienna is one of points to be discussed.

Desana Mertinková, a transportation expert and the editor-in-chief of Železničná Revue, a Slovak magazine on railway transport, views the project as primarily a political one, with the aim of extending Russia’s influence in western Europe.

“Two studies conducted so far have doubted the return of investments of the project without subsidies from public resources,” Mertinková said, as cited by the SITA newswire on August 22. “The lack of interest so far from private investors in implementing it via a public-private partnership proves this the best.”

Mertinková expects that the feasibility study would expose even worse indicators of effectiveness because several competitive transportation-logistics projects in Europe and Asia are currently underway.

Slovak Transport Minister Počiatek believes that the worsening relations between Russia and Ukraine are endangering the project.

“How this project will go on in the future is for now a big question with respect to what is happening in Ukraine,” Počiatek told TASR on June 6, adding that it would be illogical if Ukraine does not continue it. “For us the position remains as it is and we will see what will happen in the meantime.”