WHAT prompts someone to learn a difficult, strange language spoken by scarcely more than six million people worldwide (a very optimistic estimate)? Maybe it is the language of someone’s ancestors, or perhaps one needs it for his or her career. But some students, like those participating in the annual Studia Academica Slovaca (SAS) project, go through all the ups and downs of learning Slovak as a foreign language for the sheer pleasure, taking on the challenge bravely and joyfully. 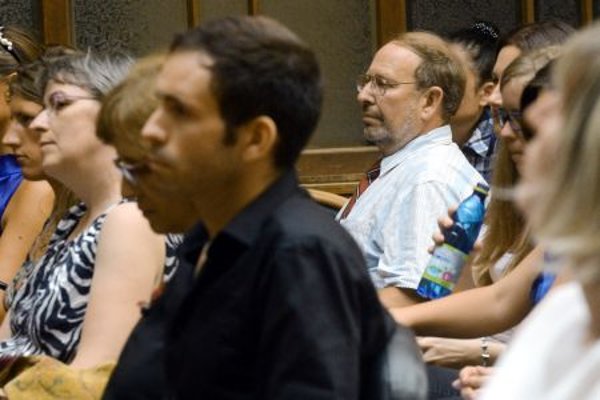 WHAT prompts someone to learn a difficult, strange language spoken by scarcely more than six million people worldwide (a very optimistic estimate)? Maybe it is the language of someone’s ancestors, or perhaps one needs it for his or her career. But some students, like those participating in the annual Studia Academica Slovaca (SAS) project, go through all the ups and downs of learning Slovak as a foreign language for the sheer pleasure, taking on the challenge bravely and joyfully.

“Slovak is a difficult language for anyone who doesn’t have a Slavic language as a mother tongue,” Derek Osborne from the US told The Slovak Spectator. Derek originally came to France to study international business combined with languages, and ended up majoring in Portuguese instead. “It is strange, but I love foreign languages in general,” he added.

This SAS student, one of 180 from 38 countries worldwide who studied the language, history and other facets of Slovak culture between August 3 and 23, 2014, said that it is hard to explain to Slovaks his motivation for choosing to learn such a difficult language with alien grammar and complex spelling, unless they are linguists.

“I never really investigated it,” Osborne continued when discussing his motivation, “but I made some Slovak friends a long time ago: my high school back home had an exchange programme and most of the exchange students seemed to be Slovak. I was curious about languages, other cultures, and I tried to welcome them. Unfortunately, I didn’t find many of my schoolmates [were] interested in talking to them. I asked them to tell me not just about their wish to come to the US, but also about their language, and to teach me some of it.”

Osborne added that before coming to the summer course in Slovakia, he had studied the language on his own, although it was difficult to find textbooks.

As for the course itself, he opined that the programme was rich – maybe even too rich, as there was scarcely time to rest, much less to study the new vocabulary on his own.

“I expected it to be hard – and it’s even harder,” Derek commented. “It claimed to be an intense language course, and it’s even more intense.”

The students of SAS 2014 were also offered, in addition to language lessons – for which they were divided into three groups, according to their level of knowledge – lectures in history, politics and culture, as well as trips to frequently visited sights in the country, and also a traditional dinner with traditional meals and a folklore performance.

A symposium at the end of the course on the phenomenon of SAS, as well as an exhibition, marked the 50th anniversary of the SAS summer school organised by the Faculty of Philosophy of Comenius University. The half-centenary of the project, as well as of teaching Slovak as a foreign language, was marked by an economic crisis and budgetary concerns, which cut the extent of Slavic, or Slovak, studies. This, again, stresses the importance of SAS as a means to opening the Slovak language to foreigners, and spreading it among ever more people.

Osborne said that he planned to stay in Slovakia for some time, but also to use Slovak “as a bridge to other Slavic languages”, like Russian. But the language also has to be pleasing to him, he added. This was how he learned Portuguese, which facilitated his understanding of Spanish.

“I wouldn’t wish to be too adventurous – maybe learn Russian and stop with that,” Derek indicated, adding that he loves enriching himself with all of the foreign literature and cultures.

When asked by The Slovak Spectator about any obstacles to learning the language, the American student pointed to the impatience of Slovaks, especially strangers in the street, with his Slovak, and a certain reserved nature towards foreigners, mainly among folks who are middle-aged and older. “They are nice, but tend to switch quickly to English if they see me struggling somehow with my sentences and looking for a certain word,” he explained.

“When you learn languages as a way of connecting to people – and I think this is probably the most interesting thing in the world, to be able to connect to people and understand them – you come to love learning them. I also have a love for music, and languages are a type of music for me – and I can say that Slovak is a beautiful music to me,” Osborne summed up.