A MEMORIAL plaque commemorating the end of the First World War in Bratislava was affixed to a building in the capital’s Petržalka borough on August 15. This also marks the 95th anniversary of Petržalka becoming part of Bratislava. 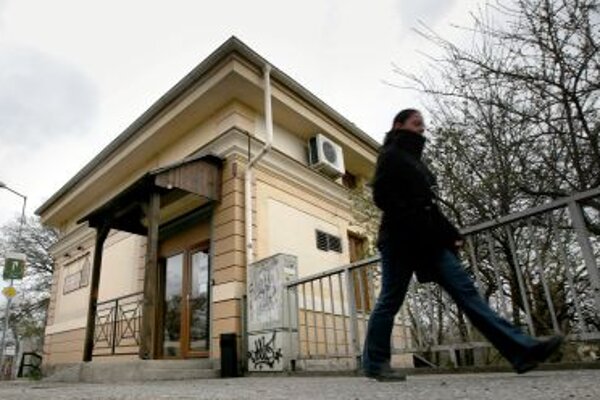 A MEMORIAL plaque commemorating the end of the First World War in Bratislava was affixed to a building in the capital’s Petržalka borough on August 15. This also marks the 95th anniversary of Petržalka becoming part of Bratislava.

“The Great World War ended for Petržalka and Bratislava not in 1918, but rather after the former was connected to the latter, i.e. on August 15, 1919,” head of the Petržalka Beautification Club Iveta Plšeková told the TASR newswire, adding that it would have been more appropriate to place the plaque somewhere near the Old Bridge, but a different site had to be used as the bridge is currently being rebuilt. “Thus, we decided to place it on the TPD building [on Farského Street], where barracks stood during WWI.”

The plaque refers to the French officers with soldiers of the first and second regiments of the Freedom Guard, together with other units, which crossed the Danube River and the Old Bridge in the wee hours of August 14, 1919 to take Petržalka and annex it to then Czechoslovakia, and thus to the territory of today’s Slovakia, and Bratislava.

Vice chair of the club Ernest Huska noted when and how the occupation of Petržalka by Slovak soldiers occurred: after the end of WWI in 1918, global powers in Paris started creating new borders, and Petržalka went to Hungary, thus becoming a border municipality on the edge of a country that was facing economic decline. German and Austrian businessmen even considered closing their production facilities there and moving away.

Czechoslovak diplomats successfully negotiated to have Petržalka become part of Czechoslovakia – but only on paper. In fact, paramilitary troupes of the Hungarian Soviet Republic, following the Bolshevik revolution in Hungary, refused to leave Petržalka, and in early summer 1919, they threatened to attack from across the bridge.

“The minister with full powers to administer Slovakia, Vavro Šrobár, had his birthday in August, and French general Mittelhauser asked him what he would like as a birthday present,” Huska explained.

“Šrobár answered ‘Petržalka’. A decision to attack was adopted – which came on Thursday, August 14. Near today’s Laranconi dormitory, Czechoslovak soldiers swam across the Danube to the Pečniansky Forest, while another group crossed the Old Bridge and eliminated its mines. They went barefoot, so that their boots could not be heard, captured the Hungarian guards, who were sleeping, as well as the soldiers in the barracks. Some of our soldiers cut off the ignition cords attached to the explosive charges. The whole operation was daring, as they went in the dark into an unexplored environment,” Huska concluded.

He also noted that the operation resulted not just in the annexation of Petržalka, but also the shifting of the Czechoslovak border south of Petržalka, in compliance with international treaties. This southern border remained unchanged until 1947, with the exception of 1938-1945 when Petržalka temporarily fell to Germany.