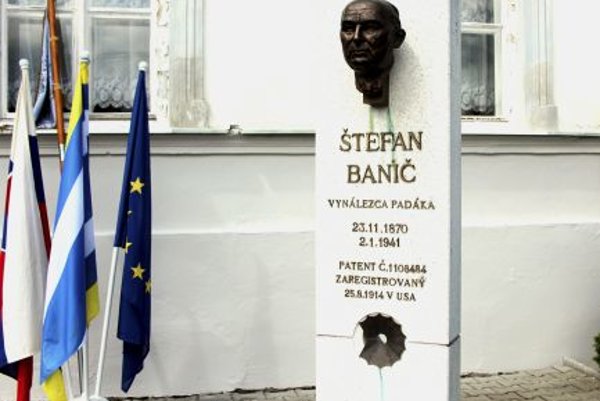 The event, organised by the Military Paratroopers Club, featured an international seminar entitled Štefan Banič: The History, Development and Use of the Parachute, and a memorial ceremony at the inventor’s grave with the laying of wreaths.

The programme featured a demonstration of parachute jumps, an exhibition of parachutes, a screening of jump videos and a display of parachute-related collector’s items, Viktor Timura of the Military Paratroopers Club told the TASR newswire. According to Timura, the event was also attended by partner parachute organisations from the Czech Republic.

“He [Banič] was the first man to invent a device for protecting pilots,” Timura said. “Subsequently, he tested it and patented it in the US. The patent was later acquired by the US Army, but his invention never went into mass production because parachutes began to be produced in the form we know today.”

Banič’s invention was radically different from the modern type.

“His parachute had a metal structure attached to the pilot’s waist,” according to Timura. “A canvas was affixed to it that opened during the jump and was stretched taut.”

Born in Smolenice on November 28, 1870, Banič invented the first parachute in 1913. A year later, he tested his device by jumping from a 15-storey building in Washington, watched by the US Patent Office and military representatives. Banič donated his patent, No. 1,108,484, to the US Army. His invention helped save the lives of many American aviators during the First World War. When the war ended, Banič returned to Czechoslovakia where he helped explore the Driny cave in the foothills of the Small Carpathian mountains. Banič died in Smolenice on January 2, 1941.