BEING neighbours does not automatically mean that opportunities for economic cooperation are fully tapped. This is the case with Poland and Slovakia, two countries which, despite sharing a border more than 540-kilometres long, are divided by mountains and far-from-ideal cross-border road infrastructure. Experts cite this underdeveloped transport infrastructure as one of the main obstacles to better cooperation. 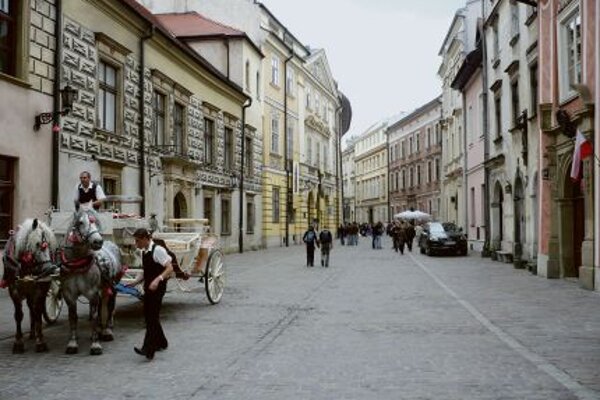 BEING neighbours does not automatically mean that opportunities for economic cooperation are fully tapped. This is the case with Poland and Slovakia, two countries which, despite sharing a border more than 540-kilometres long, are divided by mountains and far-from-ideal cross-border road infrastructure. Experts cite this underdeveloped transport infrastructure as one of the main obstacles to better cooperation.

“As impressive as they are, they are far from fully tapped,” said Polish Ambassador to Slovakia Tomasz Chłoń when asked by The Slovak Spectator whether the potential for Polish-Slovak economic cooperation has been fully realised. “€8 billion in bilateral trade is a great achievement by our business community, but too much depends on the automotive industry, on low cost labour, and too little on innovation.”

According to Chłoń, we need more success stories like Asseco, a strong regional software centre for central Europe providing IT services and products with high added value, while Slovaks could make better use of the opportunities created by Aviation Valley, an aviation cluster located in south eastern Poland.

“Polish companies should invest more in Slovakia and other V4 countries, in the fields of energy, banking, IT, distribution chains and maybe food processing,” said Chłoń. “Road connections, energy links and perhaps defence industry projects are also on the common agenda.”

The Polish Embassy evaluates the development of trade relations between Polish and Slovak entities positively.

“Over the last 20 years, i.e. since the launch of the independent Slovak Republic, the trade exchange itself has increased by almost 30-fold and exceeded €8 billion in 2013,” Piotr Samerek, head of the political-economic section and the First Counsellor of the Polish Embassy to Slovakia, told The Slovak Spectator. “The impulse for the development of Polish-Slovak trade relations was the entry of both countries into the European Union.”

The world economic crisis in 2009 brought a certain slow-down, but that has already been successfully overcome.

Samerek also praised the trade dynamics between Poland and Slovakia, which increased by 13.5 percent in 2013 and significantly exceeded the annual dynamics of Slovakia’s foreign trade, which was 3.1 percent.

Polish-Slovak trade is based on bilateral trade in traditional sectors such as heavy industry products and raw materials, but also in products of industrial fields that developed after the inflow of foreign investments, like the automotive and electro-technical industries. Agricultural and food products are a significant portion of the bilateral trade, making up 16.8 percent of total Polish exports to Slovakia and 7 percent of Slovak exports to Poland, Samerek specified.

“Poland is a significant supplier of agricultural and food products to EU countries, into which 80 percent of the production of these products goes,” said Samerek, adding that Slovakia is not the only significant consumer of Polish agricultural and food products. One quarter of the exports from Poland go to Germany, 8 percent to Great Britain and 6 percent to the Czech Republic and France, respectively.

Jana Glasová, an analyst with Poštová Banka, believes that Slovak-Polish trade will continue to move in a positive direction despite the Russian-Ukrainian conflict. Poland has a well-developed internal market, thanks to which it ranked among the five most successful economies of the EU in the second quarter of 2014.

“The Polish economy, based on the prognoses of its Economy Ministry, should grow 3.3 percent this year and its main driving force should be domestic consumption,” Glasová wrote in her memo in late August. “This would be good news for the Slovak economy because we do not need to be concerned about a decrease in demand from the side of Polish consumers.”

She pointed out that Poland was the least open economy of the Visegrad Group (Poland, Hungary, the Czech Republic and Slovakia) and that this may help it in more difficult times because it is not so sensitive to decreases in foreign demand.

There are over 30 large Polish investors operating in Slovakia. They operate in the fields of commerce, banking, legal services, information technology and transportation. But a large number of small and mid-sized companies are also operating in Slovakia, either within cross-border cooperation or through registering their business in Slovakia.

“We consider the insufficient, even lacking, transport infrastructure, either via road, rail or air transport, to be the biggest obstacle to the development of economic cooperation,” said Samerek. “Such a situation especially slows down the development of tourism and the sectors related to it.”
Based on data of the National Bank of Slovakia, the inflow of direct foreign investments from Poland to Slovakia is, compared with large investors like Germany, rather low. As Richard Dírer from the Slovak Investment and Trade Development Agency (SARIO) specified, the biggest nominal investment was registered in 2008 and exceeded $127 million (USD). In that year its share of total investments was 2.7 percent. More significant investments were also registered in 2009 with $19.8 million and in 2011 with $36.6 million.

“Poland does not belong among the most significant investors in Slovakia and in this respect it is rather a country which, similar to Slovakia, has instead been attracting them (investments),” Dírer told The Slovak Spectator. “In many economic indicators that are of interest to investors, these countries are similar.”

Dírer added that the euro, which Slovakia adopted in 2009, and the close proximity of Slovakia’s markets could be ranked among the factors that may motivate Polish investors.

SARIO actively presents Slovakia as an investment destination to Polish investors and businessmen. It is in close contact with the Polish Embassy in Bratislava and the Slovak-Polish Chamber of Commerce. In March, representatives of the embassy attended Commercial Club, a meeting of representatives of economic sections of embassies operating in Slovakia organised by the Canadian Embassy in Slovakia and SARIO. In November, SARIO organises the Export Forum of the Visegrad Group, focused on presenting trade opportunities and partners abroad.

Based on the Dun & Brandstreet database, 123 Polish companies are registered on Slovakia’s territory. Dírer specified that they operate in various fields, including industrial production, wholesale and retail trade of construction and coating materials, textile, food and others.
“We consider the machine building and food industries, or the field of information and communications technologies, as well as tourism, as having good prospects for Polish investors,” said Dírer.