THOUGH some of Slovakia’s music festivals have continued for more than 15 years, for an event that promotes, presents and popularises something as ethereal and delicate as chamber music, the Konvergencie (Convergences) festival’s 15-year anniversary is a notable one, and will be celebrated with a host of concerts and an exhibition of its history. 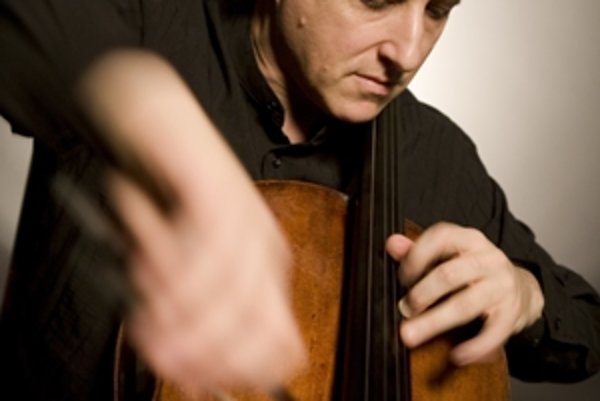 THOUGH some of Slovakia’s music festivals have continued for more than 15 years, for an event that promotes, presents and popularises something as ethereal and delicate as chamber music, the Konvergencie (Convergences) festival’s 15-year anniversary is a notable one, and will be celebrated with a host of concerts and an exhibition of its history.

This year’s Convergences will feature live chamber music over eight evenings in September, kicked off by a photo exhibition documenting the story of Convergences.

On September 15, the “slightly experimental” concert in St Martin’s Cathedral will present a portrait of two composers, renowned minimalist Philip Glass and Slovak alternative contemporary composer Martin Burlas, as performed by Fero Király and the festival’s Bratislava Convergence Players. The unique juxtaposition of contemporary music played in a sacred space will be enhanced with special lighting by Ján Šicko. “This will be an interesting phenomenon, both for the audience and us,” organiser Jozef Lupták, a famous Slovak cellist who will play himself at the festival, told The Slovak Spectator.

On September 17, the concert in the Clarissen concert hall will comprise six pieces of contemporary music by Slovakia-based Russian composer Jevgenij Iršai. On September 20, late Slovak composer Juraj Beneš will be commemorated in the Beneš & Reger concert in the Design Factory. On the same evening, Octets will perform a concert featuring works by Dmitri Shostakovich and George Enescu.

In keeping with Convergences’ tendency to fuse chamber music with other, less traditional genres, this year, on September 18, will see Manu Delago playing the Hang, an instrument recently invented in Switzerland, in addition to the Living Room in London ensemble, followed by a concert by French jazz trio Drum’n’Koto, led by Canadian double bass player Chris Jennings.

The concert of Ventil RG, the once legendary Slovak band playing hard rock, “is another [example of] pushing the current limits: until now, we have dealt with projects somehow connected with chamber music, but this is exclusively a reflection of … the feelings of a certain generation in Slovakia,” Lupták said.

However, the festival will, for the most part, keep its focus on chamber music, and the Bratislava Night of Chamber Music (on September 19) brings three such concerts to the Design Factory. The famous Lotz Trio (Robert and Ronald Šebestas with Sylvester Perschler) will play replicas of Basset horns - rare wind instruments found in Slovakia’s Krásna Hôrka castle. The ensemble will play the works of Juraj Družecký (18th century Bratislava composer) as well as pieces by contemporary Slovak composer Marek Piaček.

The third concert of that night offers the works of Franz Schubert, experimental US composer John Zorn and the “fragile work of Estonian mystic composer Arvo Pärta”, as played by violinist Milan Paľa, pianist Nora Skuta and cellist Jozef Lupták.

The special, “bonus” last concert on September 24, in which the Symphonic Ochcestra of the Slovak radio conducted by Máro Košik will perform works by Beethoven with three soloists - violinist Igor Karško, cellist Lupták and pianist Skuta - is “an interesting experiment”, according to Lupták, not only representing a “gift for the 15th anniversary”, but also a concept to draw a connection between Beethoven’s symphonic music and his more intimate chamber pieces and compositions for trios.
When asked about what has been omitted this year, Lupták mentioned “other genres like theatre or literature that were present in the past; this year, only the photo exhibition is featured in this section”.

Summing up the past few years of the festival and the prospects for its future, Lupták said that his recent performances at foreign chamber music festivals have reaffirmed his belief that Convergences’ success is rooted not only in the way that chamber music creates an intense connection between the musicians as well as with their audience, but is also conducive to the creative experiments and stylistic crossovers that make the festival unique.

He also stressed how the intimate genre still resonates with listeners at concerts with 500-600 audience members, which he experienced at a Finnish festival. Looking to the next five years, Lupták said that chamber music will continue to serve as the festival’s basis, and that it will probably be enhanced by “side-projects”.

Tickets for concerts (the exhibition is free) can be purchased through Ticketportal, and more information can be found at konvergencie.sk or on Facebook.