BUTCHER and entrepreneur Rudolf Manderla ordered the construction of the first modern high-rise in Bratislava, the business and residential building named after him, in 1933-1935. 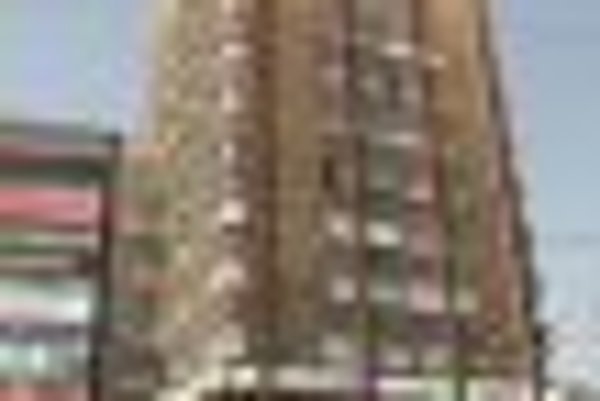 BUTCHER and entrepreneur Rudolf Manderla ordered the construction of the first modern high-rise in Bratislava, the business and residential building named after him, in 1933-1935.

Rudof Manderla was born on July 10, 1884 in Bratislava to a family of butchers. The company was established in 1866 by a relative. Rudolf and his brother gathered experiences abroad, bringing with them new recipes and technologies in meat processing and business management, the TASR newswire wrote.

In 1933-35, they were behind the construction of a new building, popularly called “Manderlák”, in downtown Bratislava. The 10-storey skyscraper was completed in the record time of nine months. One storey was built in a single week. The 70-metre tall crane got a lot of attention from curious onlookers.

The building was opened to the public in May 1935, with the “Manderla” sign affixed to the top of it. On the ground floor was the most state-of-the-art butcher shop of its time. Manderla let poor people sit in its windows and eat there, as a promotional move. On the first floor, the Grand Café became a meeting place for the city’s social elite, while the floors above consisted of residential flats.

The Manderla family was deported from Czechoslovakia, along with other citizens of German ethnicity, after World War II, and their property was “nationalised”, i.e. confiscated by the state. The family business, called Rudol Manderla, accounting company, Big-Butchery and Sausage-batter, Can Factory, as was its full name, was incorporated into the Western-Slovak Meat Industry Bratislava state company. Rudolf Manderla settled in neighbouring Austria and died in Vienna in 1968, at 84.