THE RULING Smer party is struggling to nominate a strong candidate in each of the eight regional capital cities, while disunited opposition parties are also struggling with a strategy for the fall municipal elections, political analysts noted as candidate lists are expected to close on September 21. 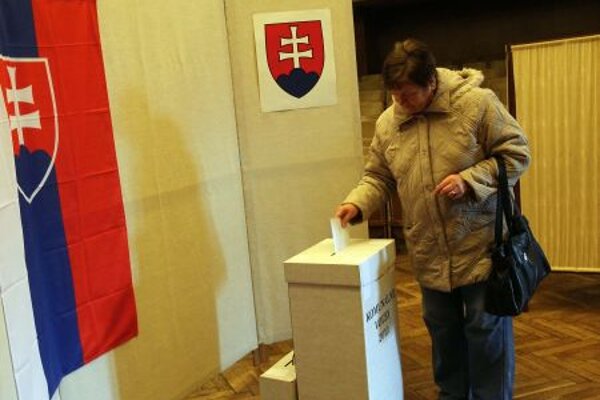 THE RULING Smer party is struggling to nominate a strong candidate in each of the eight regional capital cities, while disunited opposition parties are also struggling with a strategy for the fall municipal elections, political analysts noted as candidate lists are expected to close on September 21.

Municipal elections are scheduled for November 15 and will cost €9.89 million. Around three months before they take place, about half of the public did not know who was running for mayor in their own town, while one-third of them were dissatisfied with their current one, according to recent surveys, reported by the SITA newswire.

“Smer is doing less in municipal policy than I would expect from such a distinguished party,” MVK chief and social analyst Pavel Haulík told The Slovak Spectator. “The opposition is even less readable than Smer’s behaviour, since they are able to agree on one coalition for mayor and a different coalition for MPs in the same city.”

In municipal policy, party affiliation is not as important as it is at the national level; however, the party’s success or loss, particularly in regional cities, could be seen as indicating rising or falling prospects for that party, according to Martin Slosiarik, the director of the Focus polling agency.

“This symbolism is important in its communication with the voter,” Slosiarik told The Slovak Spectator.

Three months ahead of the municipal elections, a mid-August survey on 1,050 people conducted by the Focus polling agency showed that nearly 20 percent of the respondents said that the only candidate they were aware of was their current mayor.

In addition, almost a third of Slovaks are not satisfied with performance of their current mayor, while 12 percent are totally unsatisfied and 20 percent somewhat unsatisfied. On the other hand, 17 percent of those surveyed are totally satisfied and 46 are somewhat satisfied with the work of their mayor, according to the Focus poll. The survey was paid for by the “How to win elections” project, which aims to raise the standard of municipal elections and political culture in Slovakia.

“We will see how citizens’ satisfaction or dissatisfaction will manifest in upcoming municipal elections,” said the project’s founder, Jaroslava Vaculčiaková, as quoted by SITA.

Meanwhile, President Andrej Kiska, in a video published on his website, has called on Slovaks to consider entering politics at a communal level since the country needs new and honest people in the political arena. Kiska appealed to people to place their confidence in deputies they trust, or address honest, capable and energetic people and persuade them to run.

Perhaps it is you yourself who could run and help to change our Slovakia, the president said while drawing on his own experience: “I can tell you that this route is not easy, but we cannot only talk about wanting to change Slovakia while not being active.”

Kiska’s statement came a few days before the Constitutional Court stopped a controversial proposal requiring all mayoral candidates to have a secondary school education. The court decided on September 10 to scrutinise the legislation to determine whether it is in line with the constitution, according to SITA.

To date, five people have announced they will run for the Bratislava mayoral post, including incumbent mayor Milan Ftáčnik, who four years ago ran as an independent with support from Smer. Ftáčnik’s team announced on August 15 that he does not want to pretend that he has nothing to do with the Smer party, even though he again plans to run as an independent.

Among other confirmed candidates in Bratislava is Milan Kňažko, who is running as an independent supported by the Christian Democratic Movement (KDH), and has been encouraged by the 244,401 votes he collected in the first round of the presidential elections, 69,662 of which came from the Bratislava Region. Ivo Nesrovnal is running as an independent after failing to secure the support of Radoslav Procházka’s party Sieť. Miroslav Dragun, the head of the No To The Pipeline civic association, has also announced his candidacy.

Meanwhile, the new party Sieť, and parties Freedom and Solidarity (SaS), Most-Híd and the Slovak Democratic and christian Union (SDKÚ) announced their joint slate for the municipal elections, nominating Tatiana Kratochvílová, the current head of the transport department of the Old Town office, for mayor.

“What Sieť needs is to be successful in some big cities, to have some mayors in visible positions,” Haulík said, “That could be interpreted as a success for a newly established party.”

The centre and the right end of the political spectrum remain divided, with the new Sieť party still largely unknown to the electorate, said political analyst Martin Klus in an interview with MY Trenčianske noviny regional newspapers on August 30.

The opposition parties behave like there is a second chance in municipal elections and that people voting for an unsuccessful right-wing candidate will vote for another in the second round. However, municipal elections have just one round, Slosiarik said.

On the other hand, the current disunity among the right-wing opposition parties is not very important for the municipal elections, with the exception of mayoral posts in regional cities, where people usually do not know the candidates personally and party affiliation may be divisive. Solo candidates from opposition parties are at a disadvantage against a strong candidate of Smer, but in such cases opposition parties usually field joint candidates, according to Haulík.

For example, in Košice the centre-right SDKÚ, KDH, SaS, NOVA, Democratic party and Civic Conservative Party (OKS), have created a coalition, nominating former mayor Košice Rudolf Bauer to run against current Smer mayor Richard Raši and an independent candidate, the Trend weekly reported.
In Trenčín, however, the current mayor Richard Rybníček will run again for the post as an independent candidate with wide support from right- and left-wing parties, including the Party of Hungarian Community (SMK), KDH, NOVA, OKS, SDKÚ, Most-Híd, SaS, Ordinary People and Independent Personalities (OĽaNO), Conservative Democrats of Slovakia (KDS) and Smer, according to SITA.
It is an obvious trend in Slovakia that independent candidates are more and more successful, according to Klus.

“It is mostly related to the general distrust of citizens towards political parties,” Klus said, adding that independent candidates may also appear as people who have more freedom in decision making and who could unify arguing MPs.

Local elections frequently give rise to peculiar coalitions of political forces and local branches of parties are more open to enter partnerships, even with parties they would not cooperate with at the national level.

Representatives of the Most-Híd party received recommendations not to enter a coalition with the ruling Smer and the Slovak National Party (SNS), thus providing a way to partner with the SMK, its biggest rival in courting ethnic Hungarian voters in Slovakia, the TASR newswire reported.

“We try to discuss coalitions which might be successful everywhere that it is possible,” said Most-Híd Chairman Béla Bugár in a political discussion on the Teraz.sk webpage, as quoted by TASR.

The coalition of Most-Híd and SMK was created in Komárno with Attila Czíria of SMK serving as a joint candidate. Former mayor Tibor Bastrnák from Most-Híd said that neither party is able to solve the city’s problems alone.

“The coalition was not created out of love” but in the interest of the common good, Bastrnák said, as quoted by TASR.