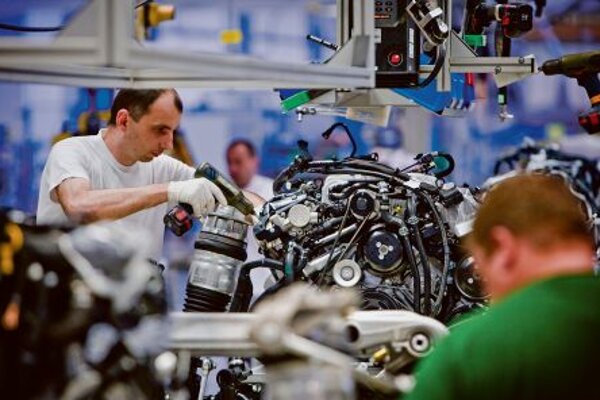 Negotiations over the amendment are still underway, and employers hope they will find a compromise over issues which they see as problematic.

Currently, some 1,000 temporary employment agencies offer their services in the Slovak labour market. Since the Labour Ministry believes that some agencies do not employ people under fair conditions, it is proposing stricter rules for hiring temporary employees that will affect the working conditions and salaries of temporary staff. The changes will impact three laws: the Labour Code, the law on employment services and the law on commuting benefits.

“We assume that temporary employment should have certain fair rules,” Danica Lehocká, the head of the Labour Ministry’s labour department, told The Slovak Spectator in early July.

The main aim of the changes is to secure rights for employees and fair competition between agencies as well as employers.

“Agencies that want to observe the law are often at a disadvantage to those that do not,” Lehocká continued.

She does not believe the proposed changes will have any negative impacts on the labour market, but rather, that they will have a positive social impact on employer-employee relations.

The employers and employment agencies, however, say the new rules will hinder the flexibility of the labour market. Though the National Union of Employers (RÚZ) agrees with strengthening the conditions for temporary employment agencies with the aim of purifying the market, the introduced amendment does not solve the problems effectively, Martin Hošták, secretary of RÚZ, told The Slovak Spectator.

Moreover, the changes may even lead to the elimination of temporary agency employment in Slovakia, warned Radovan Maxin of the Federation of Employers’ Associations (AZZZ).

They may also negatively affect mostly employers in the automotive and electro-technical sectors, as well as those in fields which use the services of temporary employment agencies the most, he told The Slovak Spectator.

The draft amendment submitted to the government for discussion proposes introducing the so-called shared responsibility principle. This means that temporary employees must earn the same salary as regular employees if they both do the same work. If a temporary employee earns less, the agency would have to pay the difference from its own budget. If the agency fails to cover this cost, the difference would have to be paid by the company, the TASR newswire wrote.

Additionally, the amendment bans temporary assignments for hazardous work classified in the highest category. Temporary employees lack sufficient training and protection, which leads to increased risk of injuries, the ministry explained, as reported by TASR.

Under the new rules, the workplace must be the same as the location of the assignment. This would prevent a situation in which agencies declare fictitious business trips, which allows them to pay employees only minimum wage, while the rest of the salary is paid in the form of pre-tax commuting compensation, the ministry explained. The draft amendment also allows employers to send temporary employees on business trips.

The new rules will also ban agencies from assigning a temporary employee to two employers simultaneously, and will require employers to specify the exact date that the work assignment will end. The ministry claims that agencies often abuse the current laws, which allow for a temporary assignment to end from one day to the next once a company has completed a specific order.

The law will also put a 24-month cap on the maximum period of time that a temporary employee can work for the same firm. This is a change from the Labour Ministry’s original proposal of a one-year cap. It will be possible to prolong an agreement for one specific temporary employee no more than five times. This would prevent companies from employing one person for several years without offering him or her a permanent position, TASR wrote.

The government, representatives of the Labour Ministry, employers and trade unions are still negotiating certain points. These negotiations have thus far resulted in prolonging the maximum period of work for one employee at the same company from 12 months to 24.

“The changes are minimal and the spirit of the amendment limiting the flexibility of the labour market has in fact not changed at all,” Luboš Sirota, CEO of McROY Group recruitment agency and president of the Alliance of Recruitment Agencies in Slovakia, told The Slovak Spectator.

The latest meeting of the tripartite took place on August 28, yet some issues were left unresolved. These include requiring employers to make up the difference in the salaries of temporary employees who earn less than permanent employees doing the same job, and whether working contracts should end on a specific date, Hošták said.

The employers and the Alliance of Recruitment Agencies in Slovakia have proposed keeping the option to terminate a temporary assignment without setting a specific end date. The agencies have also suggested that the law needs to further specify the shared responsibility between an agency and an employer when covering the difference in a temporary employee’s wage, so that one side is not stuck with paying the full amount, Sirota said.

The AZZZ has even prepared its own proposal to standardise temporary employment in Slovakia, which it submitted to the Labour Ministry. The ministry has promised to review the document, Maxin said.