LOOKING at the village of Bobrovec in the Liptov region, one can understand why the Slovak countryside struggled so much with fires in the past. Dwellings, especially in the poorer mountain regions, used to be constructed from wood, and even those made from bricks often had a wooden roof. 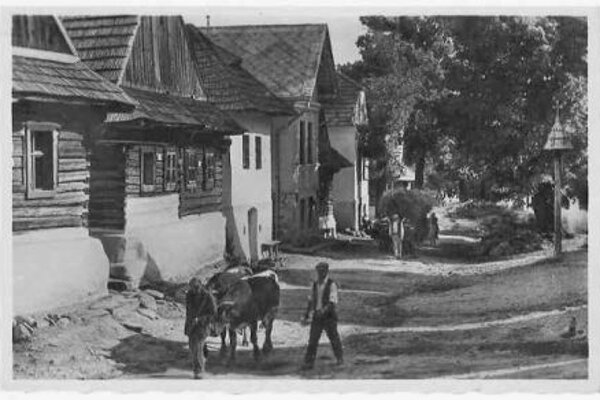 Fires had fatal consequences for villages and towns. For example, in Oravský Biely Potok, fires were so frequent and intense that today only a few wooden blockhouses are left, and more significantly, the village lost its original street plan.

It was due to these frequent fires that villages started erecting alarm bells.

However, these structures did not become widespread until after the authorities declared them mandatory. In 1751, Maria Theresa issued the so-called Fore Patent, after which bell towers of various shapes and sizes started popping up all over the Slovak countryside.

In this postcard, published around 1940, we can see an alarm bell mounted on a pole on the far right.
In Slovakia, more than 200 alarm bell towers are registered today, several of which, especially the wooden ones, are protected monuments.