Propeler returns to Danube in Bratislava

THE LEGENDARY Propeler boat, which for decades connected the two banks of the Danube River in Bratislava, returned to its original route in late August 2014. 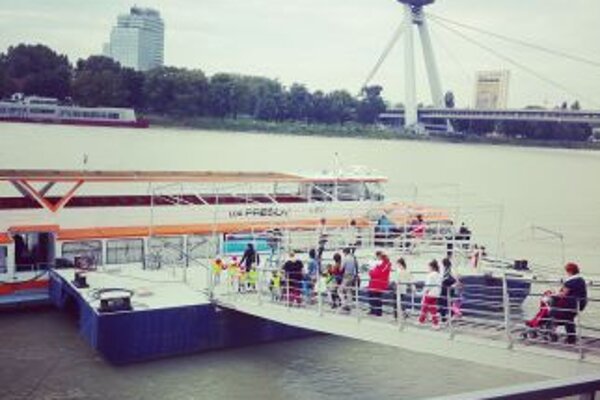 THE LEGENDARY Propeler boat, which for decades connected the two banks of the Danube River in Bratislava, returned to its original route in late August 2014.

“We are glad … that we can participate in the project of Bratislava’s Propeler and after 11 years help bring this type of transportation back to the citizens and visitors of the capital,” head of the Slovenská plavba a prístavy shipping company, Marke Považan, informed in a press release.

The route leads from the Old Town across the river to Petržalka (Pontoon No 34, former station of Propeler), then to River Park (on the Old Town side of the Danube), the Eurovea shopping complex (without a stop for now) and back to Pontoon no 52, with the entire trip taking about an hour. Passengers can board at any chosen stop, or take the whole cruise.

Tickets cost €1 for children and €2 for adults, more information (also in English) can be found on the lod.sk website. The ship operates only seasonally.

“The goal of the project is for the whole river transport to be used as part of the city transport in the future – as is common in other European cities,” Old Town mayor Tatiana Rosová explained.