TWELVE years into its European Union membership, Slovakia will for the first time preside over the EU Council in 2016. Taxpayers are now gradually learning just how much this will cost them.Slovakia will assume the presidency on June 1, 2016, to last over the second half of 2016. The presidency should cost taxpayers between €50-80 million, according to earlier estimates voiced by Foreign Minister Miroslav Lajčák. While the exact sum is unknown at this point, it is clear now that the government will spend about €15.6 million on the preparatory work over 2015. 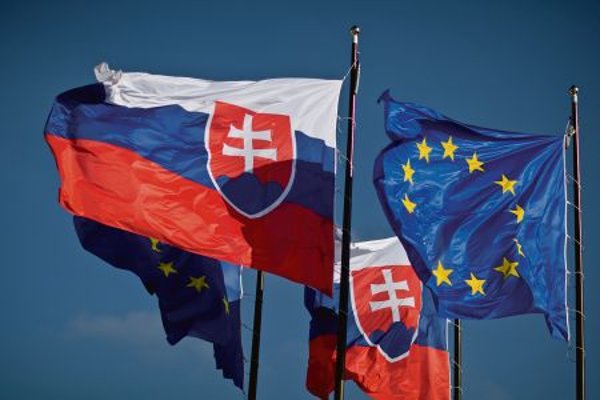 Slovakia will preside over the EU Council in 2016. (Source: SME)
Font size:A-|A+

TWELVE years into its European Union membership, Slovakia will for the first time preside over the EU Council in 2016. Taxpayers are now gradually learning just how much this will cost them.
Slovakia will assume the presidency on June 1, 2016, to last over the second half of 2016. The presidency should cost taxpayers between €50-80 million, according to earlier estimates voiced by Foreign Minister Miroslav Lajčák. While the exact sum is unknown at this point, it is clear now that the government will spend about €15.6 million on the preparatory work over 2015.

The cabinet approved this proposal at its September 17 session and clarified that most of these costs cover personnel costs, as Slovakia will need to increase the number of its diplomats in Brussels. By September 2015, almost 70 diplomats will be relocated to Brussels, and their so-called personal expenses (which include travel and housing expenses) are expected to cost about €11 million, the SITA newswire reported.

The media and cultural promotion of the Slovak presidency is expected to cost about €600,000. Administrative and technical expenses, such as the purchase of computers, mobile phones and other devices, should cost about €490,000.

Another significant expense is training for some state administration employees so they can fulfil presidency-related tasks, which is expected to cost about €680,000 in 2015, according to SITA.

Issues with some of the training courses have shown public procurement rules might prove problematic for the Foreign Ministry if it wants to ensure everything is ready on time and cost-effectively, the Sme daily reported on September 17.

French language courses have only just started after a half-year delay, for instance, because the participating companies were unable to submit all the required documents, with three of them even cancelling the low price they offered in the electronic auction through which the courses were procured, Sme wrote.

The ministry is therefore calling for an exception in the procurement rules for these purposes, for example, by shortening the deadlines set out by the law for orders worth €20,000-€134,000.

The Foreign Ministry will run about 20 to 25 public procurements, the ministry’s State Secretary Peter Javorčík told Sme. These will include accommodation, catering, conference room equipment, an accreditation system, translation and interpreting, and gifts.

“This is not a legitimate request; we’ve known about the presidency for a while now; the ministry should have prepared for it,” Emília Sičáková–Beblavá of Transparency International Slovensko told Sme.

The Foreign Ministry argues that it started preparing for the presidency in August 2012 and for the related public procurements in 2013 so as to avoid any complications. The issue of making exceptions in the procurement rules is due to a possible risk identified by the ministry, the Foreign Ministry press department told The Slovak Spectator.

“And we are not delayed, as the last meeting with our partners of the presidency trio (with the Netherlands and Malta) has shown that Slovak preparations are well underway,” reads the Foreign Ministry statement.

Slovakia’s presidency will also require the state to procure sufficient premises in Brussels to house additional offices. While originally the Foreign Ministry contemplated buying a building in the EU capital for these purposes, it now claims renting is a better, cheaper alternative.

Three years’ rent for a building located close to the premises of the Permanent Representation of the Slovak Republic to the European Union will cost about €9 million, SITA wrote.

The staff of the permanent representation will also move to a rented building and in the interim, their own building will undergo a reconstruction worth about €5 million, the ministry told SITA.

The presiding country practically runs the EU Council, organises sessions at all levels and secures communication of the council with the member states and other EU institutions. Within one six-month-long presidency there are about 35 regular council sessions at the ministerial level, 10 to 15 informal council sessions and about 900 sessions of working groups, the euractiv.sk portal reported.

While most of these sessions take place in Brussels, Slovakia will organise EU summits with so-called third countries and informal council sessions “at home”, as well as expert events, conferences and social and cultural events.

Securing a smoothly-run and successful presidency is a matter of prestige for the presiding country. Slovakia is in a slightly complicated situation regarding its presidency, because although it is being prepared by the current government, it will be the government that wins the spring 2016 elections that will assume the rotating EU presidency, mere months or weeks after it takes office.