SLOVAK citizens who acquire citizenship with another country will continue to lose their Slovak passport, as the Constitutional Court dismissed a motion brought by a group of MPs over the constitutionality of the amendment to the State Citizenship Act, which prohibits Slovaks from having dual citizenship. 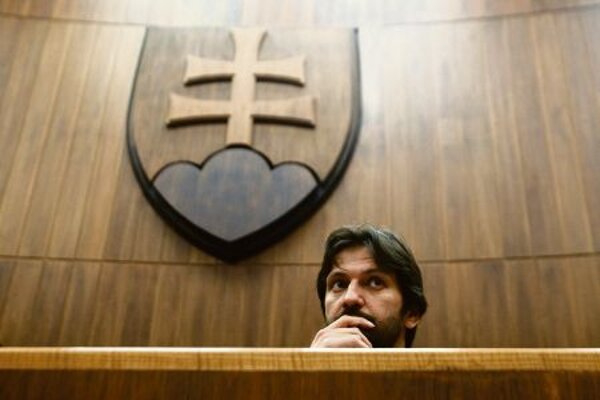 SLOVAK citizens who acquire citizenship with another country will continue to lose their Slovak passport, as the Constitutional Court dismissed a motion brought by a group of MPs over the constitutionality of the amendment to the State Citizenship Act, which prohibits Slovaks from having dual citizenship.

The court at its September 17 session did not say whether or not the law passed under the first government of Robert Fico in 2010 is in line with the constitution, but dismissed the measure due to procedural reasons, since the majority of judges - seven of the 11 judges present at the session - did not vote for the motion, the SITA newswire reported.

The deputies are now considering taking the law to the International Court for Human rights.
“Perhaps the judges of the Constitutional Court do not have an opinion over this issue, while Slovak citizens are losing their citizenship against their will,” said Gáborl Gál, the legal representative of the group that submitted the appeal, as quoted by SITA, adding that further steps will be taken at home and internationally.

Altogether 886 people have been deprived of their Slovak citizenship since the amendment, adopted in response to the Hungarian Dual Citizenship Act, which cleared the path for ethnic Hungarians living abroad to gain Hungarian citizenship, went into effect, while most of them were granted citizenship in the Czech Republic, followed by Germany, Austria and Hungary.

A group of Slovak parliamentary MPs challenged the law in 2011.

The Interior Ministry, however, says it is working on an amendment to the law that would set milder conditions for people with dual citizenship.

It could allow people to retain their Slovak passport, for example, but only if they have permanent residency in the country that granted them their citizenship, SITA wrote.

The Constitutional Court currently has only 11 of the regular 13 judges, while in order for the court to pass a negative or positive ruling, votes from a majority of at least seven judges are needed.

Earlier this year, President Andrej Kiska appointed only one of the six candidates offered by the ruling Smer to fill the three vacant posts in the court, arguing that the other candidates had no previous experience with constitutional law. The president requested parliament to elect new candidates, but Speaker of Parliament Pavol Paška has not announced new elections, SITA reported.

The history of the citizenship law

In the spring of 2010, Viktor Orbán became Hungary’s prime minister after his Fidesz party won a constitutional majority in the Hungarian parliament. One of the first actions that Orbán’s government took following the election was to pass a law that made it easier for ethnic Hungarians living outside Hungary to acquire Hungarian citizenship.

The Slovak government under Robert Fico, which then included the nationalist Slovak National Party (SNS) as well as Fico’s Smer party and the Movement for a Democratic Slovakia (HZDS), responded to the Hungarian law by passing an amendment to Slovakia’s Citizenship Act that allows the state to strip anyone who acquires the citizenship of another country of their Slovak citizenship. The new rules came into effect on July 17, 2010.

In September 2011, 44 MPs all together signed a petition proposing to challenge the law at the Constitutional Court. They argued that the law is unconstitutional because it strips people of their citizenship against their will. The MPs asked the court to review the law’s constitutionality and stop it from being enforced. The court dismissed the latter request, SITA wrote.