No cut in number of holidays for now

THANKS to the Day of Our Lady of the Seven Sorrows, Slovaks enjoyed a three-day weekend in mid-September, and there are six such holiday weekends on the calendar this year. Slovakia has the second highest number of holidays of all European Union countries, a fact that garners much criticism from employers. 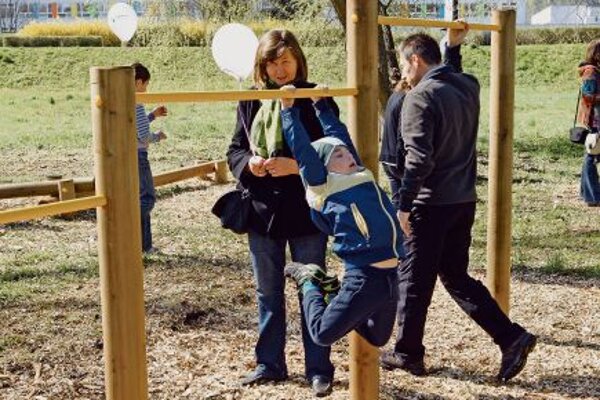 THANKS to the Day of Our Lady of the Seven Sorrows, Slovaks enjoyed a three-day weekend in mid-September, and there are six such holiday weekends on the calendar this year. Slovakia has the second highest number of holidays of all European Union countries, a fact that garners much criticism from employers.

The country had the maximum possible number of day offs in 2014, since just two of the 15 holidays celebrated in Slovakia took place on the weekend. There are 246 working days in Slovakia in 2014, the lowest number among all Visegrád Group (V4) countries, an alliance of the Czech Republic, Hungary, Poland and Slovakia. Poland has 251 business days and Hungary and the Czech Republic both have 252, according to Tibor Gregor, the Director of Klub 500, a civic organisation uniting owners of firms with more than 500 employees.

Gregor pointed out that an excessively high number of holidays hurts the state’s budget. One day off cost the Slovak economy anywhere from €190-260 million in 2012, Economy Ministry spokesperson Zuzana Bruteničová told the Sme daily in January 2012.

According to Klub 500’s estimates, people generally have 49 to 54 day offs in 2014. In addition to 20 to 25 paid vacation days each year, employees usually take seven days off for personal reasons and another seven for sick leave to care for a family member, in addition to 15 days which are holidays in 2014.

“Slovakia is not such a rich country that we can de facto be 49 or 54 days at home during one year,” Gregor told The Slovak Spectator. “This means drops in income, which are hard to replace.”

On the other hand, holidays give people more freedom to decide how and with whom they will spend their time, Zuzana Kusá, a sociologist with the Slovak Academy of Sciences told The Slovak Spectator, adding that as a sociologist she could hardly oppose that.

The government wanted to reduce the number of state holidays as part of a plan to boost the economy in mid 2012. It proposed dropping The Day of Our Lady of the Seven Sorrows, as well as Constitution Day, celebrated on September 1.

Cancelling these two holidays would increase Slovak GDP from €234 to €312 million since most of the economic sectors, such as construction or transportation, slow their production during holidays, according to data of the Finance Ministry’s Financial Policy Institute (IFP), Sme reported in June 2012.

The number of holidays could be decreased by two, since having more than that results in losses to firms as well as the state. Even though cutting the number of holidays wound not make workers happy and celebrating holidays is part of the national culture, it would make the country more competitive, Miriam Špániková, the spokeswoman for Federation of Employers’ Associations (AZZZ), told The Slovak Spectator.

However, The Catholic Church in Slovakia opposed the cancellation of the Day of Our Lady of the Seven Sorrows, arguing that it would violate the Vatican Treaty in which Slovakia pledged to celebrate 10 Catholic Church holidays.

On the other hand, the leader of Freedom and Solidarity party (SaS), Richard Sulík, proposed cancelling five state holidays.

“The living standard cannot rise when we are still celebrating certain holidays,” Sulík said, as quoted by the SITA newswire on July 2014. “I don’t care which holiday would be cancelled, but we should do something about that.”

The latest holiday-related proposal came from Matica Slovenská, Slovakia’s national cultural heritage and research institution, which wants to shift Constitution Day from September 1 to September 19. On this day, Ľudovít Štúr, the leader of the Slovak national movement, announced the independence of the Slovak nation from the Ugrian state. Representatives of Matica Slovenská also proposed reserving September 16 as a memorial day for the first national council, the TASR newswire reported in early September.

In the past, former culture minister Rudolf Chmel, SDKÚ MP Ľudovít Kaník and current SDKÚ leader Pavol Frešo proposed replacing Constitution Day with another holiday, such as the anniversary of the creation of Czechoslovakia on October 28. This is a state holiday in the Czech Republic, while in Slovakia it has only the status of a memorial day.

After a failed attempt in 2012, Smer does not currently see any agreement among the political parties on this issue.

“The changes in the number of holidays require broad political agreement of the government and the opposition, which could hardly be reached in the near future,” Smer spokesperson Ľubica Končalová told The Slovak Spectator.

Besides national holidays and public or religious holidays, there are 18 memorial days, which are normal working days if they fall on a weekday. Examples of these are Human Rights Day on March 25 or the Anniversary of the Birth of Ľudovít Štúr on October 28, according to the Foreign Ministry webpage.

Some memorial days have great historical importance, such as Slovak Expatriates Day on July 5, which commemorates the victims of the communist regime, or Memorial Day for Victims of the Holocaust and Racial Violence on September 9, connected with a ceremony at which the names of Holocaust victims are read out loud, a traditional way of remembering those who perished in the Holocaust during World War II, according to Sme.

Sme pointed out that some recognised dates commemorated in other EU countries are not on Slovakia’s list, such as the European Day of Remembrance for Victims of Stalinism and Nazism on August 23. The date was chosen to coincide with the date of the signing of the Molotov-Ribbentrop Pact, in which the Soviet Union and Nazi Germany agreed to divide eastern Europe between themselves.