A RECORD-BREAKING number of cars rolled off the production lines in Slovakia in the first half of 2014, but production in the second half of the year is expected to be weaker, the Hospodárske Noviny economic daily wrote in late August. 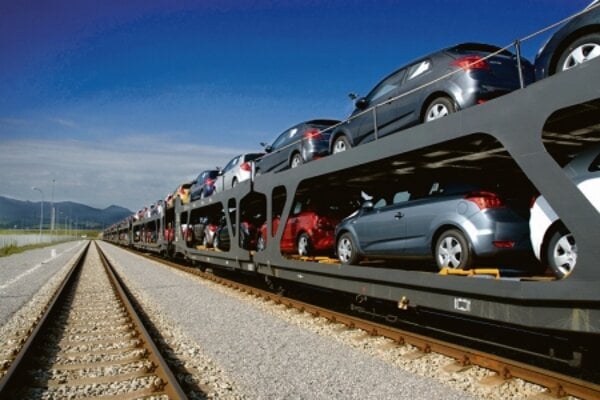 “All three carmakers produced more during the first six months of this year than [during the same period of] last year,” Jaroslav Holeček, head of Slovak Automotive Industry Association (ZAP), told the daily.

Volkswagen Slovakia produced 222,970 cars in the first half of 2014, an increase by 1.5 percent compared with the same period of 2013. Trnava-based PSA Peugeot Citroën has an even bigger increase when it produced as many as 150,000 cars in the same period, up from 136,645 in the first half of 2013. Kia Motors Slovakia near Žilina has not yet revealed how many cars it produced, but its spokesperson, Jozef Bačé, said that “they fulfilled their production plan and last year they fully utilised the capacities of their only plant in Europe”.

Jiří Šimara, an analyst with Cyrrus in Slovakia, sees the growth of the European car market, for which a large portion of the Bratislava production is destined for, as behind this success.

The potential impact of the Ukrainian-Russian conflict and a possible ban on car imports to Russia is cause for concern for carmakers in Slovakia, however, which have been cautious when issuing statements on the matter.

Peter Švec, a spokesperson for PSA Peugeot Citroën, said that “while we produced a record number of cars during the first half of 2014, this does not mean that the second half will be the same”.

Experts and market watchers estimated earlier this year that car production in 2014 would not reach last year’s record level of 987,718. ZAP does not see the sanctions but the fact that some carmakers in Slovakia are modernising their cars, which is linked to a reduction in production behind the decline. Albrecht Reimold, CEO of Volkswagen Slovakia, confirmed that the company is preparing to produce new models of the Volkswagen Touareg and the Porsche Cayenne.