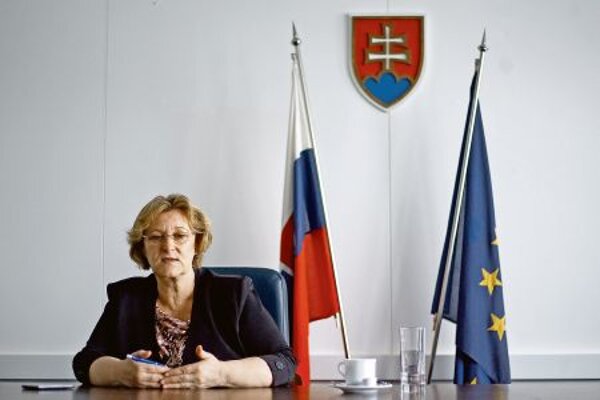 The report was drafted following a visit to Slovakia in November 2013 and records developments in this sphere up to March 2014. Besides work of ombudswoman, progress has been made in a number of fields, according to report. For example, criminal acts committed on the basis of fascist or communist ideologies became criminal offences or sexual orientation is now among the aggravating circumstances of a criminal offence.

However, the ECRI’s chair, Christian Ahlund, noted also a number of outstanding issues, such as problems in the application of the anti-discrimination law and the slow implementation of Roma integration programmes, according to a statement. ECRI also addressed 30 proposals to Slovakia how to improve the situation in anti-discrimination area.

Dubovcová’s spokesman Ján Glovičko said that she learned about the ECRI’s report and agrees with its proposals, particularly with a proposal to create an independent body for the investigation of police work.

“The ombudswoman is sorry that Slovakia sends such negative signals regarding human rights and protection of freedoms abroad,” Glovičko said, as quoted by the SITA newswire, adding that she “believes that they will not be repeated again”.

ECRI positively evaluated the fact that the public denial, doubting or approval of the Holocaust, as well as other criminal offences committed on the basis of fascist or communist ideologies became criminal offences. Also sexual orientation is now among the aggravating circumstances of a criminal offence.

Parliament passed an amendment to the Criminal Code on May 22 which defined punishments for extremism and related crimes more specifically. It included sexual orientation among the possible motives for hate crimes. This move was particularly welcomed by the LGBTI community as “the most significant accommodating step of the Slovak government so far”.

“The amendment to the Criminal Code for the first time clearly states that homophobia is unacceptable for the state in the same way as racism, anti-Semitism, and other forms of intolerance,” Martin Macko, the executive director of the Inakosť civic association and deputy chair of the Committee for LGBTI people’s rights, wrote in a statement provided to The Slovak Spectator in May 2013.

There are also positive examples of using sport’s values to counter racism and stereotyping, in particular against the Roma community; 231 police officers specialising in minorities and Roma operate at the level of regional police departments and some municipalities facilitate the active involvement of Roma in social work and run the so called municipal firms providing job opportunities for Roma, according to ECRI.

The Commission also positively evaluated the decision of the Regional Court in Prešov in December 2011 to order – for the first time in Slovak history – an elementary school in Šarišské Michaľany in eastern Slovakia to cancel its special education classes and integrate all children into mixed classes.

The report noticed that in her first annual report presented to the Parliament in 2013 Dubovcová commented on Roma issues and human rights violations. Moreover, in August 2013 she expressed, in a special report, concerns over the on-going existence of Roma-only classes in Slovak schools, cases of misconduct by the police and evictions of residents in eastern Slovakia.

“ECRI takes a positive note of the more proactive role of the Ombudsman in the anti-discrimination field as recommended by its 2008 report,” the report stated. “However, although her competence to promote and protect human rights of individuals goes beyond pure maladministration, her remit … is limited to the activities of the public administration as opposed to those of private or legal persons.”

ECRI pointed out that Dubovcová’s report containing a number of recommendations addressed to parliament was eventually ignored.

“The ECRI regrets that the report was not discussed by the parliament,” the ECRI’s report reads.

Dubovcová, together with AIS, points to Roma segregation at elementary schools, which is still common practice in Slovakia according to AIS coordinator for education and organisation’s campaigns Lenka Machlicová.

“The state does not punish those schools which maintain unlawful state and does not methodologically or financially support those which want to educate children together,” Machlicová said, as quoted by SITA, adding that AIS also approached ECRI with this issue.

Besides Roma segregation in education, the ECRI note the lack of general provision that racist motivation constitutes an aggravating circumstance for all criminal offences or the fact that the leader of a far-right People’s Party – Our Slovakia (ĽSNS) Marian Kotleba was elected head of the Banská Bystrica Self-Governing Region.

Additionally, the Anti-discrimination Act is not applied adequately, as the Slovak National Centre for Human Rights, the body empowered to monitor its implementation, does not function properly and independently.

Furthermore, anti-minorities rhetoric, in particular aimed at stirring anti-Roma sentiment to make electoral gains, has been common among politicians from the entire political spectrum, according to ECRI.

“Anti-minority rhetoric and offensive discourse targeting sexual orientation are common among politicians,” says the ECRI’s report, “and hate speech is recurrent on the internet and in parts of the traditional media.”