Bilateral trade modest but growing by tens of percents

TO DATE, relatively few Norwegian investors have chosen Slovakia when expanding abroad, but those who have are now among the more important firms and employers in the country. Bilateral trade, while still modest, has developed positively too, growing by dozens of percents annually. 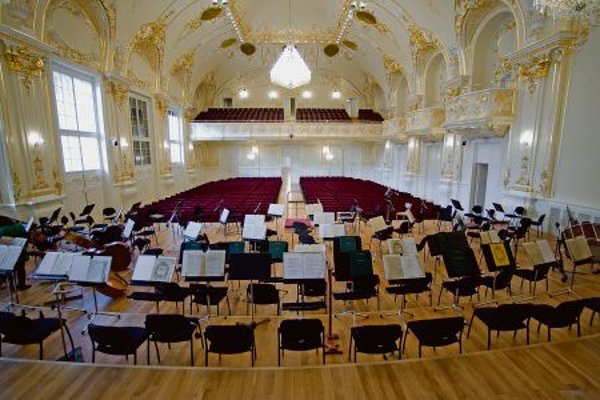 The EEA/Norway Grants were used for the reconstruction of the Reduta in Bratislava. (Source: SME)
Font size:A-|A+0

TO DATE, relatively few Norwegian investors have chosen Slovakia when expanding abroad, but those who have are now among the more important firms and employers in the country. Bilateral trade, while still modest, has developed positively too, growing by dozens of percents annually.

“Last year we registered similar interest from investors from Norway to previous years,”
Richard Dírer from the Slovak Investment and Trade Development Agency (SARIO) told The Slovak Spectator. He cited data of the National Bank of Slovakia (NBS), according to which the volume of foreign direct investment amounted to €148 million in 2012. Countries in which Norway invested the most were Sweden, the Netherlands, the US and Great Britain.

Today there are more than 40 small and big companies with Norwegian interests present in Slovakia. Kongsberg Automotive in Vráble, Slovalco, Sapa and Blomquist Trucking in Žiar nad Hronom, Eltek in Liptovský Hrádok, Jotun Powder Coating, and Timm in Trenčín are the largest.

One of the most significant Norwegian investments is Slovalco in Žiar nad Hronom. Norsk Hydro, the Norwegian metallurgical and crude oil company invested in Slovalco as early as 1993. Slovalco is one of the most significant metallurgical companies in Slovakia and manufactures approximately 160,000 tonnes of aluminium annually. It directly employs 500 people and another 2,500 indirectly, according to the embassy.

Other significant investments cited by the embassy include Sapa Profily, based in Žiar nad Hronom, which has 360 employees and manufactures and supplies aluminium extruded profiles; Eltek Valere, which develops market energy systems for telecom and industrial applications and has 300 employees; and Timm Slovakia, a rope mill in Trenčín with 120 employees. The Norwegian Petroleum Fund is also an important investor.

As for the arrival of new Norwegian investors in Slovakia or the extension of existing ones, the embassy mentioned the IT company Itera, which provides expertise in communication and technology, and is also based in Oslo, Stockholm, Kiev and Lviv, has recently established an office in Bratislava.

SARIO is prepared to cooperate with and assist Norwegian investors and entrepreneurs. Last year SARIO representatives met with Norwegian Ambassador Inga Magistad and agreed to intensify their cooperation.

Dírer said they came up with the idea to organise a meeting with established Norwegian investors in Slovakia to find out about their expansion opportunities. SARIO also sought out the Norwegian Innovation Agency for cooperation when supporting Norwegian companies that plan to invest abroad.

As for the Slovak market, Norwegian businesses are especially interested in aluminium processing, telecommunications and retail, according to Dírer.

Between 2002 and 2012, SARIO helped two Norwegian companies establish themselves in Slovakia and employ altogether more than 300 people. These were Timm Slovakia in Trenčín and Eltec in Liptovský Hrádok. For the time being, SARIO is working on one investment project from Norway with the potential to create as many as 200 jobs in Slovakia.

Based on data from the Slovak Statistics Office, imports from Norway to Slovakia amount to about 0.1 percent, while exports increased from 0.2 to 0.4 percent between 2011 and the first half of 2014. Though modest, it reported growth in the tens of percents over the last few years. In the first half of 2014 Slovakia imported from Norway goods and services worth €16.1 million, up 57.7 percent year-on-year, while it exported €149.6 million, up 149.6 percent y/y.

When specifying which factors have the biggest impact on bilateral economic cooperation, the Norwegian Embassy said that Norway has, as part of the EEA agreement, established the EEA/Norway Grants, a financial mechanism that provides financial assistance to a great variety of projects for economic and social development in Slovakia. Since 2004, more than €150 million was allocated this way to support projects in areas ranging from cultural heritage, civil society, research, innovative green industries, flood prevention and cross-border cooperation with Ukraine.

“The EEA/Norway grants have proved to be an excellent platform for promoting partnerships and exchanges in different sectors of society and businesses between Norway and Slovakia,” the embassy said. “We are confident this cooperation will increase its importance in the future and help generate even more business cooperation and employment in Slovakia.”