THE HISTORICAL mining town of Banská Hodruša stretches for many kilometres in one of the valleys of the Štiavnické vrchy mountains. And though Hodruša has always been in the shadow of nearby Banská Štiavnica, it has remai-ned a charming place to visit. 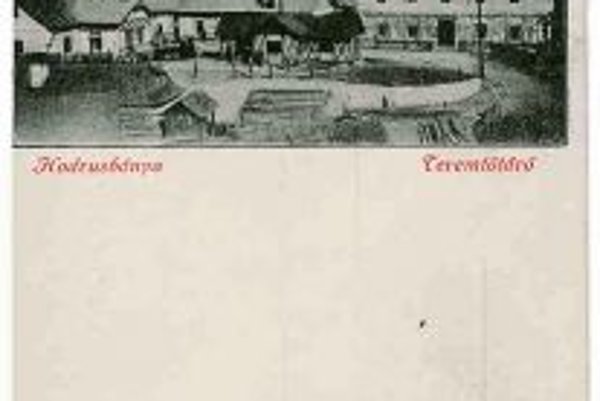 In this postcard dating back to the turn of the 20th century, we can see the best preserved mining facility in the whole town. It lies in the central part of the valley and its beginnings go back to the 17th century.

What compelled the po-werful Geramb family to build such an expensive mine, a top facility in its day? The answer is simple: the Schöpfer vein, which was exceptionally rich in gold and silver. In addition to this mine, the Gerambs also built the Mayer shaft on this vein, an adit called Ján Nepomucký and the Lower Schöpfer mine - Dolný Schöpfer.

The vein was probably quite well known in the 18th century; in 1764, Emperor Joseph II and his brother Leopold visited it.

From 1906-1934, the facility had its own steam-gas power plant, which was very modern for its time. For fans of technical monuments, the Dolná Hodruša plant is a popular attraction, as a large part of it has been preserved.

Another sight is the picturesque mining church in the Jalšova dolina (valley), close to the plant. It was built in the second half of the 18th century and it served not the owners of the plant, who had their residence opposite the site, but also the miners in the vicinity.