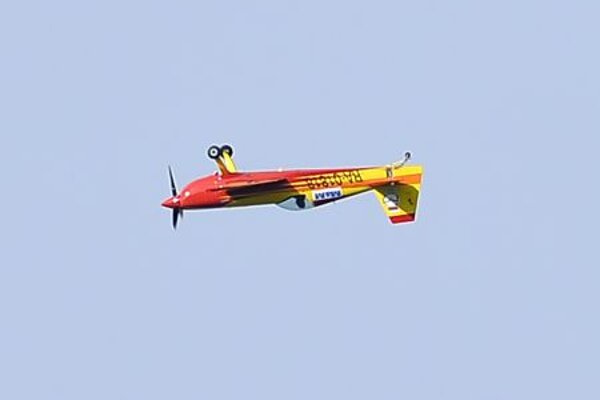 The winner in the individual competition was Luis Vanel, a French pilot with an Extra 300 SC plane, and a French team of three won the group competition flying an Extra 300 and a CAP 232, the flight manager of the championship, Robert Slosiar, informed the TASR newswire.

In the individual evaluation, French Romain Fhal in an Extra 300 placed second, and Patrick Davidson in a Suchoj 26 from South Africa came in third. In the group competition, where six teams from six countries competed, Russian pilots in an Extra 300 came in second and Ukrainians third.

The programme was delayed and extended across more days than originally planned due to rainy weather. Pilots flew at speeds of up to 400 kilometres per hour and had to endure a gravitational force of 9G.

Slosiar noted that Slovakia had no representatives in this category, nor in the top category, called Unlimited, which is evaluated as “the royal discipline”. It is also the most expensive discipline and Slovakia does not have any acrobatic planes with which to compete in the Advanced and Unlimited categories.

“And we do not have resources for pilots to pay for such trainings,” Slosiar added. “To give you an idea, I can say that the purchase price of the acrobatic special plane is €400,000 and more, and one flight hour costs €600 to €800, while pilots in this category fly 50 to 70 flight hours annually, to be able to participate in such a world event,” Slosiar concluded.