CHOCOLATE produced in Nitra ranks among the top global products, with Lyra Mandala having won the Great Taste Award 2014 in London in mid August at one of the world’s biggest and most prestigious culinary competitions. The chocolate received the golden star for Great Taste. 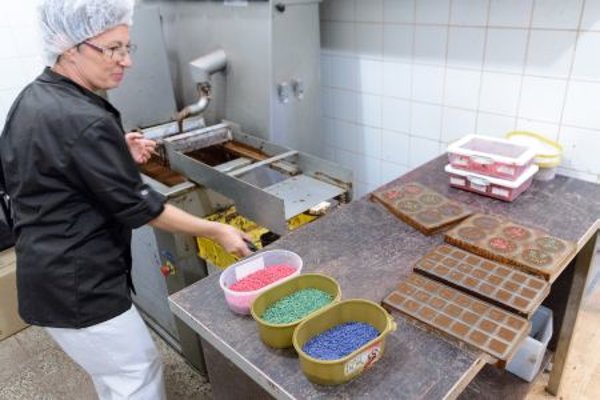 CHOCOLATE produced in Nitra ranks among the top global products, with Lyra Mandala having won the Great Taste Award 2014 in London in mid August at one of the world’s biggest and most prestigious culinary competitions. The chocolate received the golden star for Great Taste.

A jury of 400 independent experts on gastronomy, as well as Michelin star-winning chefs and food critics sampled about 10,000 dishes of food in more than 1,000 hours. To make it unbiased, jurors evaluated the food in “blind” tastings, without any packaging or promotional materials.

“This competition has been considered ‘the Oscar’ in gastronomy over the last 20 years,” co-owner of the awarded chocolate factory Lyra Chocolate Nitra, Karol Stýblo, told the TASR newswire. “Neither in Slovakia, nor in the Czech Republic, has there been any other chocolate producer to own this award – not even the most famous brands in our market have it,” he added. Stýblo is one of only four people worldwide who can use the title Fino Aroma Master Chef Chocolatier.

The Nitra-based chocolatier produces 50 tonnes of chocolate annually, offering it in the Czech, Polish and Slovak markets. In the high season, from November to February, it employees 20 people, but only eight outside the rest of the year. For its products, Lyra Chocolate uses criollo and trinitario cocoa beans imported from Columbia.

“These are the best quality cocoa beans in the world; the country allowed them to be exported only four years ago,” Stýblo explained. “The cocoa we use is branded Fino de Aroma and makes up only six percent of the global production of cocoa.” It is not alkalified, so it retains antioxidants. Instead of beet sugar, brown cane sugar is used for the chocolate.

The processing of the chocolate is also important, the chocolatier said. “The region where the ingredients come from is important, as well as the altitude, the way the cocoa beans are roasted and their conching,” Stýblo said. “Conching means fine-tuning the taste and flavour of the chocolate mass under certain conditions in tanks, and it has a fundamental influence on the final product.”

Chocolate from the criollo and trinitario beans tastes more sour and has a marked fruity and flowery flavour compared to ordinary European chocolates. “But it is not common in Columbia, either,” Stýblo points out. “Columbians do not produce hard chocolate bars; they prefer chocolate in a liquid state – drinking it instead.” The Nitra-based factory uses other foreign ingredients, like pistachios from California, various other nuts from Italy’s Piemonte region, violet blooms from France and chilli from Slovakia.

Lyra Mandala won the Great Taste Award 2014 with their chocolate dusted with freeze-dried fruit. The production of this type of chocolate is economically more demanding, requiring ingredients that are twice as expensive as what is commonly used.

“The most widespread type of chocolate is Forastero, used by the absolute majority of producers,” Stýblo said. “It makes up to 86 percent of the global production of cocoa, and is grown mainly in Africa. However, the difference in quality can also be seen in the fact that from our two samples, one received the Great Taste [award] and producers who competed with 300 samples failed,” he concluded.

He added that his company compensates for the higher prices of its ingredients by minimising other costs, which enables them bring their prices more in line with other commercial producers on the market.