Still no deal on reporting property

PARLIAMENTARY political parties pledged to bring more transparency into politics before the 2012 elections. Not all of their pledges, among them stricter rules for property returns of public officials, have been fulfilled, even with the next parliamentary elections already in sight. 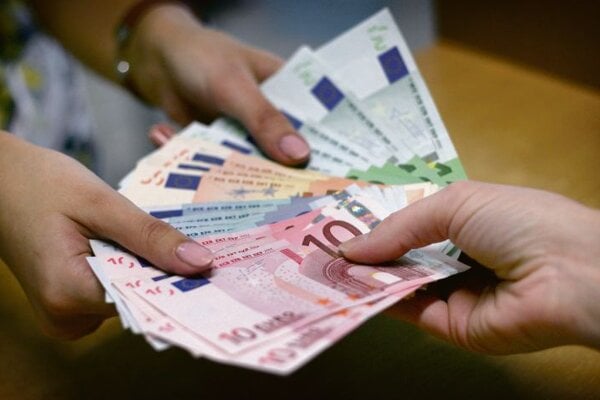 PARLIAMENTARY political parties pledged to bring more transparency into politics before the 2012 elections. Not all of their pledges, among them stricter rules for property returns of public officials, have been fulfilled, even with the next parliamentary elections already in sight.

With the 2016 elections little more than a year away, parliament now has the last chance to amend the law on conflicts of interest in order to tighten the rules for public officials who file their property returns every year. Transparency watchdogs claim that as far as the current property returns go, voters learn next to nothing about the earthly possessions of MPs and other officials. Six opposition MPs who have submitted their own proposal of the amendment on September 26 claim that unless the law is passed this year, no changes will take place ahead of the 2016 elections.

While right now, public officials are not required to declare all their income, under the new rules this should change, and the income of the public officials will be divided into categories.

Property return forms should contain more detailed information about the property of the officials, including all objects they possess and that are worth more than €10,000. At the moment, for instance, an MP only has to declare they own “a car”, but in the future they would have to be required to state the type of car they own. Public officials would also be required to list the things they are renting or borrowing, as this used to be a common practice to avoid declaring some assets in the past.

Property returns should also list and provide more detailed and specific information on private gifts and rented items. Public officials would be required to declare all private gifts whose value is over €4,000. Currently, private gifts are not regulated.

The amendment should also unify the rules for public officials to do business: they should be able to become legal entities, but without being paid a financial reward for it.

Under the amendment, the directors of the public-service broadcaster RTVS, the state-run social insurer Sociálna Poisťovňa, the Land Property Fund, the president of the Police Corps and state representatives in companies where the state is the majority owner and other officials, should all be required to submit property returns. The proposed law also moves the deadline for property returns from March 31 to April 30.

The amendment also introduces fines for public officials who do not announce a conflict of interest.

Politicians of the ruling Smer party have repeatedly stated that the government will deal with the issue of property returns, but no concrete proposal authored by the government has been presented yet.

In 2013, a group of six opposition MPs (representing all the opposition parliamentary parties) submitted their own amendment to the constitutional law on conflicts of interest, but the ruling party failed to support it, with Prime Minister Robert Fico stating that the government was working on its own legislation, later adding that it would be submitted so as to become valid as of the start of 2015.

Non-governmental organisations Transparency International Slovakia (TIS), the Institute for Economic and Social Reforms (INEKO) and the Slovak Governance Institute (SGI) in their open letter from 2013 called on MPs to support the proposal for more detailed property declaration.

The support of Smer is absolutely essential for passing the changes, since amending a constitutional law requires a constitutional majority of over 90 votes in the parliament of 150 MPs, out of whom 83 are from Smer.

The opposition MPs have waited for Smer to propose its own amendment until the last day when submitting proposals for the October session of the parliament was possible, September 26. At that point they came up with their own proposal.

MP Miroslav Beblavý (an independent MP who is a deputy chair of the newly-founded Sieť party), explained that passing this proposal was the only way to change the rules for property returns as of January 2015, so that public officials are required to declare their assets in a new, more detailed way prior to the 2016 elections. Even if the new law was passed in the course of 2015, old rules would apply, since the property returns will be due on March 31 or April 30, 2015; that is only after the latest possible date for the 2016 parliamentary elections, according to Beblavý.

“It is the same proposal as last year,” Beblavý said. “It is a text that opposition MPs originally drafted in cooperation with MP [Otto] Brixi [of Smer], and with which [Parliament Speaker] Pavol Paška originally agreed. There is thus no legitimate reason to refuse it.”

Smer, however, maintains they are ready to table their own proposal.

“We want to continue communicating in order to solve and explain the open questions,” said head of Smer parliamentary caucus Jana Laššáková, who believes Smer should not support the opposition proposal, as quoted by the SITA newswire. “But the opposition parties submitted their own proposal. This is not the way to pass a constitutional law.”

Laššáková called the opposition initiative insincere and added that the law affects a wide circle of public officials and should therefore be properly reviewed in the interdepartmental review. She said that Smer will come up with an amendment “sooner or later”.

The press department of the Government’s Office however told the Slovak Radio (SRo) that Smer will only work on the amendment if there is an agreement on it across the parliament.

“It will only be discussed if all the subjects declare their support for the changes,” SRo quoted the Government’s Office.

The amendment proposed by the opposition fulfils the demands that the transparency watchdogs have put on property returns. All the parties currently in the parliament signed a commitment before the 2012 general elections, designed by TIS, SGI, and INEKO.

The pledges included, besides more detailed property returns from politicians, higher penalties for violating political transparency rules, and detailed records of the money that parties spend on elections. Also, the parties promised to move oversight of the incomes and expenses of political parties from parliament and the Finance Ministry to an independent auditing body.

TIS director Gabriel Šípoš confirmed that the amendment proposed by the opposition fulfils the public pledge from 2012.

“Smer is really blocking the passing of this commitment, and my explanation is that the law would affect the highest number of their public officials at a moment when they have the most officials and nominees,” Šípoš told The Slovak Spectator.

At the same time he stressed that the opposition also did not improve the property returns at the time when it was in power.

Most recently, the case of President Andrej Kiska demonstrated the insufficiencies and holes of the current rules for reporting property.

The Pravda daily criticised Kiska, who entered politics as a wealthy man and successful businessman, for stating a zero income in his property return for 2013 that he submitted to the parliament, despite the fact that he earned €150,000 last year, as the President’s Office informed the daily later on.

“If they told him in the parliament that he should state also the sum outside the income of the public office, he would have done so without any problems,” Krpelan told Pravda.