Slovak economy to grow, but slower

SHOULD geopolitical tensions escalate, Slovakia’s economic growth would be threatened according to new forecasts, and the central bank has moderately reduced its forecast to 2.3 percent growth for this year. 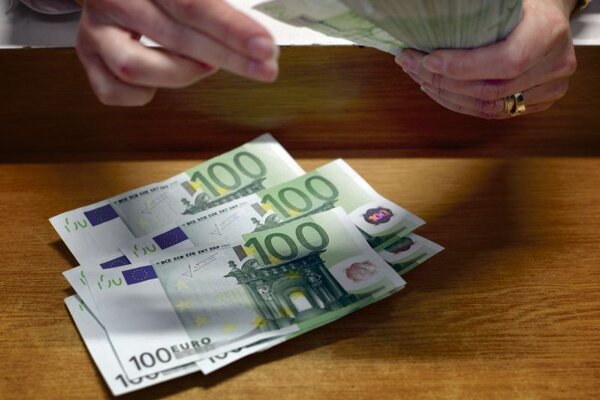 SHOULD geopolitical tensions escalate, Slovakia’s economic growth would be threatened according to new forecasts, and the central bank has moderately reduced its forecast to 2.3 percent growth for this year.

Still, that rate appears to be enough to create new jobs, with domestic demand as the primary driving force for growth, propelled by low inflation and growing real wages.

“In the real economy, prediction risks stem from potential additional escalation of geopolitical tensions,” Jozef Makúch, governor of the National Bank of Slovakia (NBS) said at a press conference on September 30 when introducing the new forecast. “Also, specific technical risk is posed by the adoption of a new ESA 2010 methodology in national accounts statistics.”

In its quarterly forecast update the NBS cut its forecasts for the economic growth for 2014 by 0.1 percentage point to 2.3 percent and by 0.3 points to 2.9 percent in 2015. The prediction for 2016 remained unchanged at 3.5 percent.

“The structure of the driving force of the economic growth is changing, with the share of exports beginning to decline in favour of rising domestic demand,” said NBS Vice Governor Ján Tóth.

But the central bank does not anticipate that domestic consumption would grow next year at the same pace. The stagnation of the eurozone during the second quarter of 2014, along with the decline in leading indicators reflected in a downward revision of foreign demand for Slovak exports in late 2014 and beginning of 2015.

The economic situation in Russia and Ukraine poses a risk for Slovakia’s real economy. According to Katarína Muchová, analyst with Slovenská Sporiteľňa, together with a ban on the export of European cars, if such a thing even occurred, it would hit Slovakia significantly.

The central bank estimates that a potential complete ban on exports of European cars and components to Russia would mean a gap in Slovakia’s exports up to €270 million and a reduction of the GDP growth by 0.7 percentage points.

Muchová told the Aktualne.sk news website that the worsening of the economic situation of Germany also remains a risk.

The central bank also cut its forecast for inflation. Consumer prices should stagnate annually in 2014 while originally NBS expected a 0.1 percent inflation rate. It forecasts that inflation would accelerate to 1.2 percent in 2015, a reduction by 0.4 percentage points compared to the previous forecast.

According to Tóth, the reasons are lower food prices as well as smaller increases in prices of services than originally expected. For 2016 the inflation forecast is 1.9 percent.

According to the central bank, wages are growing surprisingly fast, not reflecting the zero inflation. It estimates that real wages would grow by as much as 4.3 percent this year what would result in new jobs especially in services and trade.

“Not only development in the public but also the private sector contributes to this,” said Tóth, adding that wages grow especially in industry and the public sector. “The growth of wages revives also in services.”

As far as employment is concerned, the central bank was positively surprised by data from the first half of 2014 when employment recovered better than expected. Based on this, the central bank increased its forecast for employment growth for 2014 from 0.7 percent to 1.1 percent, keeping the predictions for 2015 and 2016 at 0.6 percent.

The positive development in employment is expected to reflect in unemployment, which NBS expect would decrease this year to 13.4 percent, a reduction by 0.1 percentage point compared with the previous forecast. For 2015 the NBS kept the unemployment forecast at 12.8 percent and increased it by 0.1 point to 12.1 percent for 2016.

On the other hand, the new ESA 2010 methodology in national accounts statistics will bring a higher GDP. While the Slovak Statistics Office estimates its pro-growth influence between 1.3 and 2 percent of GDP while the central bank’s estimate is close to the upper limit. But as the NBS points out, the new methodology would bring also the increase in the level of the deficit and the debt of general government, which might mean that the debt for 2013 would be revised below 55 percent of GDP and the deficit would be below 3 percent.

Higher growth of wages and employment this year, among other factors, has already boosted tax and levy forecasts. The Finance Ministry’s Financial Policy Institute (IFP) improved its previous prognosis and upped its forecast of state’s revenues from taxes and levies by €300 million or 0.4 percent of GDP for this year. In 2015 and 2016 the revenues should be €220 million higher and in 2019 they should be around €159 million higher, according to the prognosis revealed on September 29.

The IFP, which based its forecast at the GDP growth of 2.4 percent for 2014 and 2.6 percent for 2015, sees three main factors behind the improved forecast. Apart from the higher growth of wages and employment it is the final, better-than-expected settlement of corporate tax for 2013 and the expected influence of the new tax legislation.