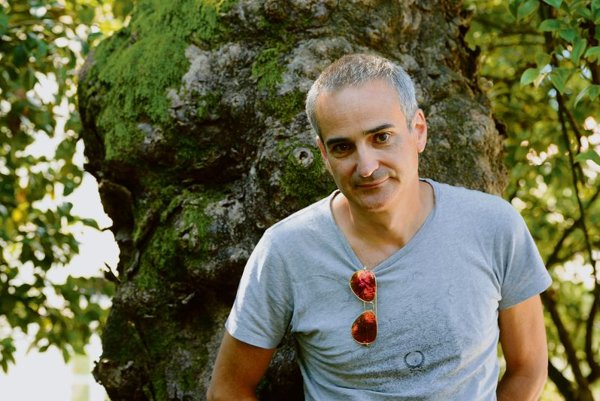 Bratislava
FESTIVAL: THE FILM festival Be2Can is the first of its kind in Slovakia, striving to present films from the top three world festivals – in Berlin, Venice (i.e. Benátky in Slovak) and Cannes, in one series between October 8 and 15 in Bratislava (in the cinema of Film Europe company in Pisztory Palace, Štefánikova 25), in the Czech Republic, and later also in the Slovak cities of Banská Štiavnica, Trenčín, Liptovský Mikuláš and Nitra. The films to be screened include: Winter Sleep (winner of this year’s Golden Palm in Cannes) by Nuri Bilge Ceylan; Leviathan by Andrei Zvyagintsev; Jimmy’s Hall by Ken Leach; Clouds of Sils Maria by Olivier Assayas; Diplomacy by Volker Schlöndorff; and Kraftidioten / In Order of Disappearance by Hans Petter Moland, as well as some other movies, including winners from previous years. Tickets in Bratislava cost €4 and can be bought on the spot. More information can be found at kino.filmeurope.sk/klient- 297/kino-77/stranka-1654.

Bratislava
ABILYMPICS: 12. Celoslovenská abilympiáda / 12th National Slovak Abilympics – In this event, challenged Slovaks with all types of disabilities can compete in presenting their manual and working skills – which may also help them present their abilities to the public and maybe potential employers.
Starts: Oct 10-12, 9:00; So-rea Regia Hotel, Kráľovské ú-dolie 2. Admission: free for vi-sitors, €15 for participants. More info: www.abilympiada .sk.

Bratislava
JAZZ: Andreas Varady – The “Slovak prodigy”, guitarist Andreas Varady, aged a mere 17 years, was discovered as a teenager while playing on Irish streets, and later moved on to jazz clubs, where he became a protégé to Quincy Jones after he was the warm-up at one of his concerts.
Starts: Oct 11, 20:00; Ate-liér Babylon, SNP Square 14. Admission: €15-€20. Tel: 02/ 2090-1900; www. atelierbabylon.sk.

Bratislava
FILM FESTIVAL: Bienále animácie Bratislava / Biennale of Animation Bratislava 2014 – The 12th year of international festival of animated movies for children, a unique project, has now spread from Bratislava-based cinemas also to Skalica and Prievidza. There will be in- and out-of-competition screenings and interactive exhibitions.
Starts: Oct 6-10; Lumiére, Mladosť and three other Bratislava cinemas. Admission: free. More info: www.bibiana.sk/index.php?id=225.

Bratislava
PHOTO EXHIBITION: Anton Kratochvíl – Domovina / Homeland – World-renowned Czech photographer Krato-chvíl, who spent decades in the USA and returned home only in 2011, has received several awards (including the World Press Photo three ti-mes). His current exhibition, a Slovak premiere for Kra-tochvíl, shows in 23 big-sized pictures the fates of those displaced by various disasters; it also includes authentic documentaries on them and a photographic workshop.
Open: Tue-Sun 13:00-18:00 until Nov 2; SEDF, Prepoštská 4. Admission: €2. Tel: 02/5441 -8214; www.sedf.sk/en.

Banská Bystrica
THEATRE: THE THEATRE from the Passage / Divadlo z Pasáže is a professional theatre featuring actors with mental illness and disabilities. On October 7 at 19:00, they will play in the 3xA non-verbal body theatre piece which explores their stance towards their own physicality, its limits and how it connects them with other peo-ple. The piece takes place in the Záhrada Centre of Independent Culture (CNK) in SNP Square 16 (Beniczkého Passage) in Banská Bystrica. Tickets cost €2.50-€5; more info can be found at www. zahradacnk.sk or www.divadlozpasaze.sk.

Košice
FOREIGN CULTURE: Dni španielskej kultúry / Days of Spanish Culture – Organised by a local bilingual school and supported by the Spanish ambassador, the local event comprises a tournament in beach volleyball, the presentation of Spanish traditions and habits, a talk-show on Latino and Košice, a lecture on the Maya civilisation, a mass conducted in Spanish and more.
Starts: Oct 6-11; various sites. Admission: free. More info: www.kamdomesta.sk.