THOUSANDS of people tamper with their electricity and gas meters in order to save money spent on energy, causing suppliers damages reaching millions of euros each year, energy companies say. Such scams increasingly show signs of being orchestrated by professional gangs. 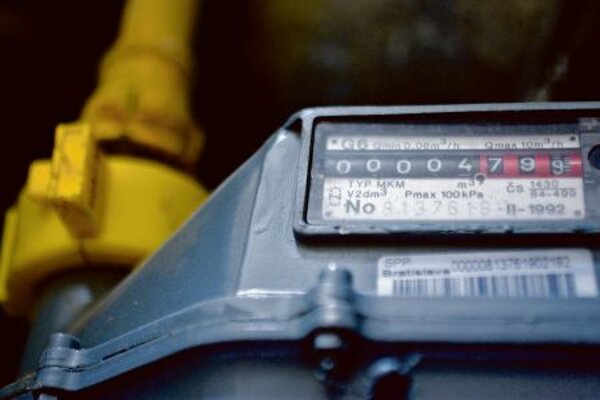 THOUSANDS of people tamper with their electricity and gas meters in order to save money spent on energy, causing suppliers damages reaching millions of euros each year, energy companies say. Such scams increasingly show signs of being orchestrated by professional gangs.

The number of unauthorised gas drawings began increasing in 2010. While SPP-Distribúcia, a subsidiary of the Slovak gas utility Slovenský Plynárenský Priemysel (SPP) registered several dozens of those drawings in 2009, four years later there were several thousands of them. In comparison with 2012 the number of unauthorised drawings increased by 40 percent in 2013, SPP-Distribúcia spokesman Milan Vanga told The Slovak Spectator.

According to police, most manipulate meters to make them show lesser amounts of gas drawn from pipes. There is also suspicion that payment for such tampering is a good source of income for culprits who were formerly employed by energy firms, according to Vanga.

The losses of distribution companies will probably increase in the future, according to Jana Bolibruchová, spokeswoman for Stredoslovenská Energetika (SSE), an electricity distribution firm which deals with thousands of such cases each year.

“It is a lucrative business for various illegal groups and energy is a relatively expensive item for businessmen,” Bolibruchová told The Slovak Spectator.

The suppliers usually uncover the unauthorised manipulation with meters when comparing the energy consumption of households or firms with consumption levels in previous years. Some clients who used to have a relatively stable consumption of gas or electricity and regularly paid for it, suddenly and significantly decreased their consumption. They are not able to provide a substantial explanation and court-ordered inspections of their meters show that seals are fabricated, Vanga told the Sme daily.

“[The seals] are almost perfect,” Vanga said, as quoted by Sme, “detection is becoming increasingly difficult.”

Big family houses, villas, small firms and hotels are among the fraud cases. Just 1 percent of unauthorised drawings is connected with the lowest-income social group and around 90 percent of them are made by “able” and “very able” payers, according to Vanga.

There were also cases of filling cars with gas in garages or basements of family houses. The gas meters were showing normal measures of drained gas, therefore, people were driving for free. These frauds are usually found thanks to a discrepancy between the amount of gas supplied to a locality and the total gas consumption showed by meters, according to the head of SPP-Distribúcia office for unauthorised drains uncovering Jozef Astrab, Sme reported.

While gas utilities have suspicions about organised criminal groups tampering with meters in Slovakia, electric energy companies have not reported a significant increase of those frauds in recent years. For example, Západoslovenská Energetika (ZSE), the energy company, regularly deals with several hundreds of such cases in western Slovakia each year but the number has not increased significantly, ZSE spokeswoman Michaela Dobošová told The Slovak Spectator.

Východoslovenská Distribučná (VSD), an operator of electricity distribution networks, uncovers 800 to 1,000 cases of unauthorised drawings of electricity per year in its distribution area of eastern Slovakia. Around two-thirds of unauthorised drawings are made by households but the other third of frauds, made by firms, creates a bigger aggregate loss for the company than households. Currently, however, the number of those drawings has slightly decreased, VSD spokeswoman Andrea Danihelová told The Slovak Spectator.

There is suspicion that organised groups, using advanced technology and lawyers, tamper with the gas supply meters in western Slovakia in surroundings of Topoľčany, Trnava or Hlohovec as well as central Slovakia, according to Astrab.

The most important people in the group are technicians, often former employees of SPP with authorisation to verify meters, who visit customers and manipulate meters. Other members of the group supply them with fabricated security seals of high quality. The bosses provide lawyers and contacts with police and mafia, according to Astrab.

Astrab pointed to a case investigated by police in Banská Bystrica. The police officers found seals, pliers, around 2,000 fabricated seals and even the list of tampered meters and their condition. Forensic experts stated that the dyes had a quality of the originals; therefore, they were probably made using sophisticated technology. Such manipulation with meters is dangerous since it could cause explosions.

Recently, the office of border and foreign police investigated the case when criminals communicated with around 200-300 consumers. Police counted damages reaching the sum of €254,000 caused by 85 of them. The investigator also accused 18 people with 16 acts with damages totalling almost €21,000. All those cases will end soon; culprits face three to 10 years in prison, Baloghová said.

A few years ago, fraudsters were going from door to door offering their services to people with promises to lower their energy expenses. Today such information is usually passed between friends and relatives. The whole scam thus has features of multilevel marketing, Sme reported.

Clients with tampered meters behave similarly. While ordinary people monitor their consumption of gas, fraudsters heat their homes to 30 degrees of Celsius while leaving their windows open, Astrab said.

“When we summon them, they come with an advocate, act arrogantly and say that we have to prove it,” Astrab told Sme.

Finding the tools for tampering with meters is usually not enough to prove fraud and when technicians, together with the homeowners, deny any wrongdoing, the case often leads to an impasse, according to Vanga. Moreover, the damaging of a seal is not a criminal act, just a misdemeanour checked by the Slovak Trade Inspection, according to Sme.

The popular excuse of homeowners is that the meter is such a distance from their house that someone could tamper with it without them noticing.

“If such a possibility is not refuted by investigation it could be impossible to prove the criminal act of the person suspected of drawing more gas than the meter shows,” Baloghová said.

On the other hand, technicians usually claim that they did not touch the meter or that they were just conducting regular revision, according to Vanga.

“It is a complete system,” Astrab said, as quoted by Sme, “their testimonies are almost identical.”

In 2012, 88 suspicions reported by SPP-Distribúcia were proved with a 35-percent success rate and in 2013 there were 91 proven suspicions which means the success rate fell to almost 31 percent.

“In comparison with for example vehicle thefts which have very a low detection rate it is fairly decent number,” Baloghová said.

SPP-distribúcia uses invoices to deal with misbehaving clients. The legislation allows SPP-distribúcia to request compensation in such amount as it would request from client who has all gas compliances running at full power for a whole year. In case of big house or small firm the compensation thus reaches several thousands of euros, according to Sme.

SPP approached police and the General Prosecutor’s office but they have not achieved significant results, officials said. Therefore the company runs inspections of smaller consumers more often. There are other options such as electronic monitoring of gas flow but SPP applies it just on bigger consumers since they are expensive.

Further, SPP-Distribúcia initiated the change of Criminal Act proposing to punish fabricating of seals with one to five years in prison, Sme reported. It also wants to focus on people who notice frauds and increase their motivation to report those drawings pointing out that it is beneficial also for them, according to Vanga.

“Unprofessional manipulation and related gas leaking could be danger not only for consumer but also for their closest surroundings, neighbors or passers-by,” Vanga said.