“IN THE BEGINNING, there were three music festivals in Slovakia – the Bratislava Music Festival with classical music, Bratislavská lýra (Bratislava Lyre) with pop music, and the Bratislava Jazz Days,” founder and head of the last festival, jazzman Peter Lipa, told media at the press conference. “Bratislavská lýra ceased to exist in the meantime, BHS turns 50; and we celebrate 40 years now.” 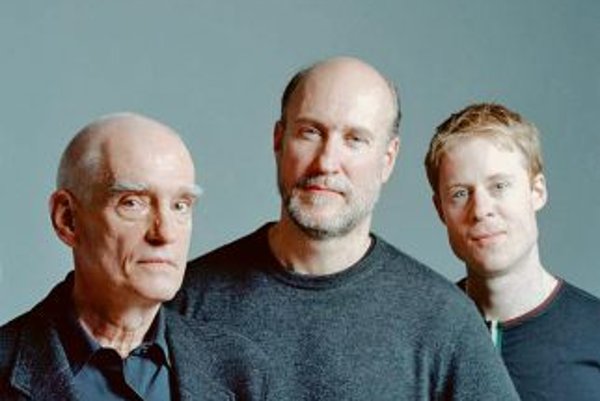 “IN THE BEGINNING, there were three music festivals in Slovakia – the Bratislava Music Festival with classical music, Bratislavská lýra (Bratislava Lyre) with pop music, and the Bratislava Jazz Days,” founder and head of the last festival, jazzman Peter Lipa, told media at the press conference. “Bratislavská lýra ceased to exist in the meantime, BHS turns 50; and we celebrate 40 years now.”

The festival of a non-mainstream genre that managed to survive four decades plans to celebrate this fact, and thus apart from the three main evenings – on October 24-26 – a fourth evening has been added, as is usual on each fifth anniversary. This time, the idea was to move more to the centre of Bratislava (to the Old Market-hall) and to bring “a showcase of Slovak jazz”. Thus, there will be two stages in the Old Market-hall in the SNP Square 25 on October 23, offering ten-minute gigs for each performer or performing band.

The headliner of this evening should have been Les McCann & The Javon Jackson Band but they will not perform, due to health issues. Instead, famous hammond keyboard player James Taylor will appear onstage, with his James Taylor Quartet; a British jazz-funk band.

... and the jazz weekend

Friday’s concert will be opened by the Slovak band Maringotka, as usual the winner of last year’s Podium of Young Talents competition, followed by the Djabe band from Hungary with Icelandic Gulli Briem, with the drummer of the legendary band Mezzoforte, as a special guest. The headliners for Friday are South African composer, singer and trumpeter Hugh Masekella and the US blues legend, Robert Cray Band (Cray himself holds five Grammies).

“We made an exception for Saturday,” Lipa said, “and because it is the 40th birthday and Saturday tends to be the strongest and most “mainstream” day, we have five performers on the main stage.” Starting with As Guests Quartet with Anka Koziel (featuring Slovaks living abroad, a Dane and a Polish singer), the concert continues with Austrian pianist, flutist and singer Lia Pale and her band (with Mathis Rueg from the Vienna Art Orchestra on piano, Lipa stressed); and renowned US vibraphonist and composer Joe Locke and his grouping.

The headliner will be The John Scofield Trio, the band of jazz guitar legend John Scofield, with Steve Swallow on double bass and Bill Stewart on drums. Scofield already performed at the BJD in 1990, but now he will appear with a totally new crew. “We hope the last performer, the Cuban Bellita y Jazztumbata grouping with pianist Lillia Expósito will get people on their feet and dancing, as has become a tradition on Saturday nights,” Lipa commented.

On Sunday, Galík-Hodek-Oravec-Raga Group will open the main stage, followed by the international Ed Partyka Jazz Orchestra. US guitarist Mike Stern brings the same line-up he had already played with in Slovakia (Bob Franceschi on sax, Chris Minh Doky on double bass and Keith Carlock on drums), but he was selected as the must-see performer by readers of the jazz.sk website who are always invited to help select the players for the festival. The other Sunday headliner, US bassist Victor Wooten who has also already played in Slovakia, offers a new band: his brothers Elijah Reginald on guitar, Roy on drums and Karlton Taylor on keyboards.

The festival also includes Slovak bands on the B-stage, Mark Whitfield & AMC Trio on Friday, Michal Motýľ tentet on Saturday and Kavorka on Sunday, as well as the usual competition within the Podium of Young Talents SPP on all three days.

The Bratislava Jazz Days are already a stable part of the cultural autumn in the Slovak capital and thanks to its rich offerings, everyone can choose something tried-and-true as well as something brand new and unknown. The crowds of visitors usually also include people who can rarely be seen throughout the year in jazz clubs, but once a year they decide to taste “what is new in the jazz arena” and maybe also meet some acquaintances they usually meet “once in a blue moon”.