THERE are still people living today who claim that during communism, life used to be better. The life story of Štefan Zamkovský may then be meant especially for them. This story contains no blood, but the very essence of communist thievery is obvious here. 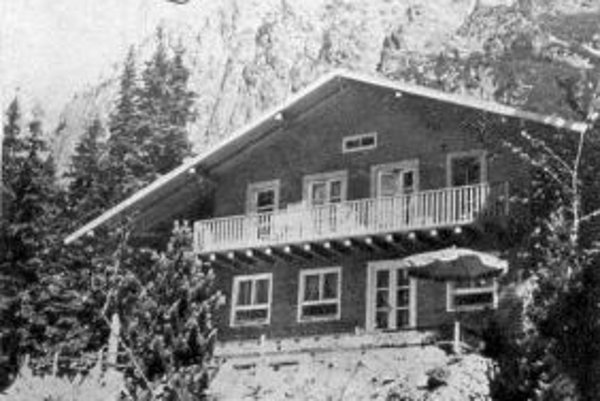 During the 1920s and 1930s, Zamkovský belonged among the top Tatra climbers. It is estimated that in this period, he made about 30 first ascents with the most reputed Slovak and Polish climbers. The whole life of Zamkovský took place in the High Tatras where he made his living as a mountain bearer and also as a mountain guide. Since 1936, he was the keeper at the Téry mountain chalet. After long years spent in the mountains, Zamkovský decided to build, together with his wife, his own chalet in the mouth of the Studená dolina valley. He made the construction on his own, with only the support of his closest friend, in 1942-43. During World War II, the chalet was used as a hideout for those politically persecuted, guerrillas, and also for Jewish families.

God knows what expectations Štefan Zamkovský had by the end of the war, but he could hardly have imagined what would happen to him after 1948. The communist authorities forced him to leave his own chalet and managed to close Bilíkova chalet for several weeks. Then he was labelled a former capitalist, and even sacked from this position. And in order not to have such an enemy of communism roaming around the socialist mountains freely, he was banned from the Tatras.

However strongly the officials tried to get rid of Zamkovský, they failed to do so totally. His chalet was preserved – until these days, when hikers still visit it. In this postcard, the Zamkovský chalet is portrayed in 1947, i.e. one year before it was nationalised.