DEEPLY researched investigative reports of great importance cannot be replaced by tweets or blogs, says Walt Bogdanich, a three-time Pulitzer Prize winner for his investigative reports published in major American media outlets. Even when newsrooms find themselves in financial straits, they should not look at cutting back on investigative work, he adds. Bogdanich responded to the questions of The Slovak Spectator on investigative reporting, and also about the challenges of media ownership that Slovakia faces. He communicated via e-mail in advance of his own visit to Slovakia. 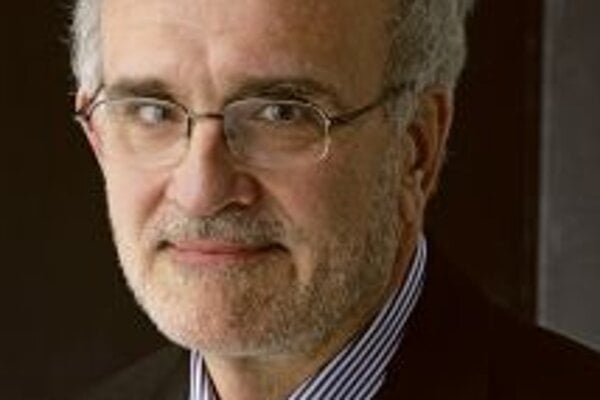 DEEPLY researched investigative reports of great importance cannot be replaced by tweets or blogs, says Walt Bogdanich, a three-time Pulitzer Prize winner for his investigative reports published in major American media outlets. Even when newsrooms find themselves in financial straits, they should not look at cutting back on investigative work, he adds. Bogdanich responded to the questions of The Slovak Spectator on investigative reporting, and also about the challenges of media ownership that Slovakia faces. He communicated via e-mail in advance of his own visit to Slovakia.

The Slovak Spectator (TSS): You won your latest Pulitzer Prize in 2008 for a story that required massive amounts of international investigative reporting. Are newsrooms in the United States still able to fund such projects amid dropping revenues from advertising, and worse economic conditions?
Walt Bogdanich (WB): Smart editors in US newsrooms recognise that the key to survival is to provide stories that readers or viewers can’t get elsewhere. Today, everyone thinks they are a news reporter – tweeting, blogging, rendering opinions. But the one thing everyone can’t do is produce deeply researched investigative reports on subjects of great importance. Amid the white noise of the internet, investigative reporting stands out. And audience research, now more precise than ever, proves that readers seek out investigative articles that tell them something they did not know. For that reason, even though The New York Times is facing the consequences of declining advertising revenue, our paper has increased significantly the amount of money we spend on investigative reporting. Papers that have taken a different path, believing that by cutting staff and producing superficial reports already available on the internet are charting their own demise. In communities where newsrooms have abandoned serious reporting, non-profit organisations have sprouted up and prospered by offering deeply researched investigative articles.

TSS: In Slovakia, one of the effects that the crisis has had on the media is that newspapers are no longer able to maintain the level of investigative reporting that they were doing in the past. What could be the consequences?
WB: The consequences of abandoning investigative reporting extend beyond the economic survival of news organisations. It also has grave consequences for any democracy. Without aggressive reporting to provide a check on government and corporate power, society as a whole suffers. Anyone with even a passing familiarity with history knows the validity of that statement.

TSS: Media ownership is one of the most intensively discussed issues in Slovakia these days, as a local investment group is buying key media players. There are concerns among journalists about possible interference in press freedom under the new ownership. Is media ownership a concern in your country and how has this trend impacted the media freedom?
WB: Who owns a newspaper, website or television station is never an issue so long as the owners respect the need for reporters to gather the news without interference. For-profit companies have the right to hire editors but owners should not attempt to unduly influence what is reported. Many years ago, it was easier to leave news organisations with ethical shortcomings, but the internet has hastened the decline of many traditional news outlets. At the same time, the internet has also made it possible to cheaply report the news through other venues. For example, non-profit investigative groups, funded by reputable foundations, have provided new opportunities for journalists to take on expensive reporting projects.

TSS: What are the options for journalists whose publishing houses were bought by investment groups with a history of unfriendly approach to media freedom?
WB: Journalists who do not respect their employers should change jobs. Simple as that.

Who is Walt Bogdanich?

For the first time, Bogdanich won the Pulitzer Prize in 1988 for his articles in The Wall Street Journal on substandard medical laboratories. In 2005, his “heavily documented stories about the corporate cover-up of responsibility for fatal accidents at railway crossings” brought him the Pulitzer Prize for national reporting, while in 2008, Bogdanich shared the Pulitzer for Investigative Reporting with his New York Times colleague Jake Hooker for “Toxic Pipeline”, articles exposing toxic ingredients in Chinese-made products.

Bogdanich has also won four George Polk Awards and an Overseas Press Club Award, as well as a lifetime achievement Loeb Award in 2010.

Bogdanich has worked as an adjunct professor at Columbia University’s Graduate School of Journalism. He teaches an investigative reporting workshop.

After graduating from the University of Wisconsin in 1975 with a degree in political science, Bogdanich received his master’s degree in journalism from Ohio State University in 1976.