IT IS interesting to watch how bigger Slovak villages, or small towns, grow into bigger towns or cities. It seems that apart from natural development, there must have been a moment when people decided they will not be a village anymore, but rather a town or city. 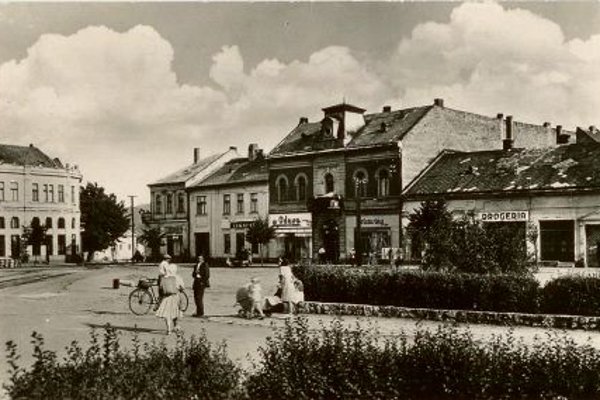 There are some examples of this, like the Small-Carpathian town of Modra which got its town privileges in 1607 from the then-king – but this seems not to have been sufficient to make it a town. It took a local council’s decree to tear down thatched roofs and for geese, ducks and goats to disappear from the streets. Thus, on an order, the miraculous transformation of Modra happened.
In the town of Šahy in southern Slovakia, this moment happened later – after the Austro-Hungarian Compromise of 1867. Then, an organisation with the noticeable name “Fellowship for the Uplifting and Aesthetic Looks of Town” was founded, which started its brave activities with such vigour that within two decades, Šahy changed from a sleepy small town, resembling a village, into a proud provincial centre.

The first and fundamental step was to order the cattle markets outside the main square to a less frequented place, as the excrements and dirt were left in the square for long days afterwards. The market hall and post office – with its barns and carriage room – also disappeared from the square. The chair of the “Fellowship”, Ľudovít Pongrácz, then secured public lighting and pavements in the centre from money collected by inhabitants.

The final point of the change was the sale of ugly and often dilapidated houses flanking the main square. Wealthier people bought them from their poor owners and built much more pretentious constructions there. By the end of the 19th century, two saving banks stood here, a burghers’ school, the so-called Financial palace, a new town house, the Pannonia Hotel, and three printing houses.

This extraordinary advancement of Šahy can be seen still in this postcard from 1950; in the middle, there is the Art-Nouveau house that originally belonged to the rich Salkovsky family. However, it can be observed that communist nationalisation took place here, too, depicted in the showy residence of local notables, the “Clothing” and “Grocery” shops were already placed.