Dual education is making a comeback 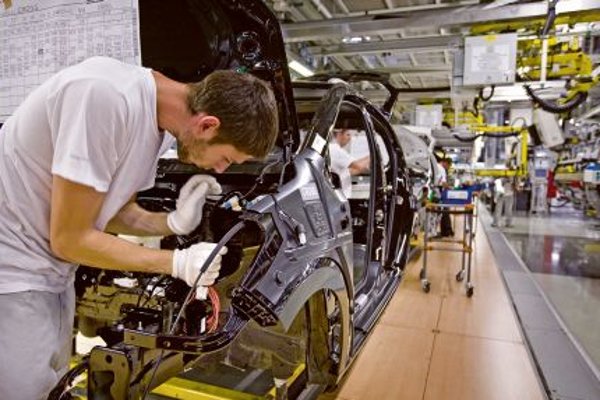 WHILE several companies in Slovakia have established cooperation with secondary vocational schools in order to train workers lacking in the market, the Education Ministry is taking steps to adopt a dual education scheme with the prospect of launching the nation-wide project at specific schools as soon as September 2015.

Representatives of foreign chambers in Slovakia praise the general trend and the ministry initiative specifically, but warn that the system needs to also work in practice.

Dual education is nothing new in Slovakia. The schools followed the scheme in the past, but it gradually faded after the fall of communism. Employers, however, call for the return of the system, and say they lack educated vocational professionals.

In order to solve this problem, several companies have established cooperation with schools and train students directly at their premises. Most recently, the Education Ministry and the Austrian Embassy to Slovakia introduced the Young Stars pilot project that should serve as an example of implementing the dual education scheme in Slovakia as well as abroad, the TASR newswire reported.

“In all, 33 students started to study in two pilot classes and each of these firms has their own students who undergo practical training there,” Martina Krišková, project manager of the commerce department at the Austrian Embassy to Slovakia, told The Slovak Spectator.

Unlike other projects, Krišková said, students start their practical education in the first grade. The ratio of theory and practice is 40:60. Students alternate weeks in classrooms and the workplace, and at the end of the school year spend an entire month in the company.

In addition to this, students get some financial bonus for their work in the firm, TASR wrote.

Slovakia can offer several examples of successful cooperation between schools and companies. Bratislava-based carmaker Volkswagen Slovakia, for example, cooperates with secondary schools as well as universities in technical and economic specialisations. It also opened its own dual education centre in September 2013 and offers 48 places in three specialisations: mechatronics technicians (24), mechanics (12) and electrotechnicians (12).

Žilina-based Kia Motors Slovakia cooperates with secondary vocational schools, mostly from the Žilina region. It offers its own education programmes that contain elements of the dual education system, like the scholarship programme and practical training, Kia’s spokesman Jozef Bačé told The Slovak Spectator. More than 533 students have already undergone training in the plant, and 26 secondary school and 13 university students have joined the scholarship programme, he added.

The biggest employer in eastern Slovakia, U.S. Steel Košice, has also been cooperating with schools for years. It focuses mostly on metallurgy, engineering and eletrotechnics, Martin Pitorák, vice-president for human relations in the company, told The Slovak Spectator.

The cooperation with the vocational school in Košice’s Šaca district has been even lasting for 50 years, he added.

Another company with a long-term tradition in training students is Železiarne Podbrezová which even established its own private secondary vocational school that offers four specialisations. Students undergo practice directly in the firm and then start to work there for at least three years, the Hospodárske Noviny daily wrote.

Matador Group and its branches in Slovakia also cooperate with Slovak schools, both with secondary vocational and universities. Its branch in Vráble take part in the aforementioned Young Stars project, spokeswoman Linda Golejová said.

The German-Slovak Chamber of Industry and Commerce (SNOPK), in cooperation with the Slovak Education Ministry, launched a project in February 2014 called fit4future, aimed at encouraging practical education for pupils in the technical sphere. It focuses mostly on improving the cooperation between technical schools and improves the quality of practical training, helps with increasing qualifications and with job placement, according to the official website.

Ján Kokorák from SNOPK said that there are several companies that cooperate with vocational schools, mostly in the automotive, engineering, electrotechnical sectors, but also in areas as diverse as shoe-making.

“Since the companies know best what they need students for and which practical experience they need to obtain during the practice, it is necessary that the schools listen and adapt to the requirements of employers,” Kokorák told The Slovak Spectator.

The Education Ministry is also taking steps with three key priorities: the development of secondary vocational schools, the national system of qualifications (whose ambition is to describe 1,000 qualifications and define the basic skills and knowledge required for certain professions) and modernising primary schools.

Under the scheme introduced in early June, the school will be responsible only for theory, while all of the practical training will take place in a specific company. The firms will help evaluate the work of the students and in the end say whether they can take the final exams, Július Hron, coordinator of employers at the government’s council for vocational education and vice-president of the Slovak Automotive Industry Association, explained.

In return, the Education Ministry proposes to grant companies some kind of tax bonus, the public-service Slovak Radio (SRo) reported. When preparing the scheme, the authors cooperated with foreign investors and foreign chambers of commerce, especially from Germany and Austria.

The ministry also works on the new law on vocational education that will legally anchor the new framework for dual education. It should submit the draft to the government by the end of this year, ministry spokeswoman Beáta Dupaľová Ksenzsighová told The Slovak Spectator.

Both Krišková and Kokorák consider the recent steps of the government positive. Kokorák, however, adds that the new law should also be prepared in a way it is “realisable in practice” and that sets conditions motivating companies to join in.

SEVERAL changes awaited teachers and 702,000 pupils altogether at primary and secondary schools with the start of the new school year.

Under the new rules, pupils applying for grammar schools and secondary vocational schools with school leaving exams will need to achieve a certain average of marks. The amendment, passed during the time the Education Ministry was led by Dušan Čaplovič, stipulates that only those whose average marks from compulsory subjects were not worse than 2.0 can apply for grammar schools. The average for secondary vocational schools with school leaving exams (called maturita in Slovak) was set to 2.75.

This applies to final reports from the second half of eighth grade and both halves of the ninth grade of primary school, the SITA newswire reported.

Further changes pertain to ninth grade students who are regularly tested in maths and Slovak language. The tests will take place on April 8, with the alternative date being set on April 21, which is one month earlier than now. With such a move the Education Ministry met the requirements of schools complaining that students do not learn enough after undergoing the testing.

Moreover, the new school year brought several new specialisations. Students can now study, for example, the protection of people and property from fire, customer management at the post office and forestry and forest management, SITA wrote.

The ministry further reduced the administrative work for teachers after it dropped some duplicate forms, like the personal file of students, the plan of the work of the school or school facility, the journal of an educational group and thematic educational plans for individual subjects.

Changes also awaited universities. Under the new rules, students applying for a social scholarship will not submit reports about income from donations.

“This applies mostly to students who did not live in the same household with their parents and were reporting fictional income from a donation in order to get as high a scholarship as possible,” the ministry explained, as quoted by SITA.

The Education Ministry also passed changes to academic scholarships in order to increase the interest of students in technical specialisations. To achieve this goal, it allocated more money for certain specialisations in 2014.

Universities will also undergo comprehensive accreditation that started in July 2014 and will last for 14 months. The accreditation will follow stricter rules. It will assess all specialisations which universities want to have accredited, and will evaluate the schools’ research and development, as well as artistic and other creative activities, SITA wrote.