PRECEDING the Month of Photography, which is to start at the beginning November, two quite different exhibitions of Czech photographers are on exhibit in the Central European House of Photography (SEDF) in Bratislava. 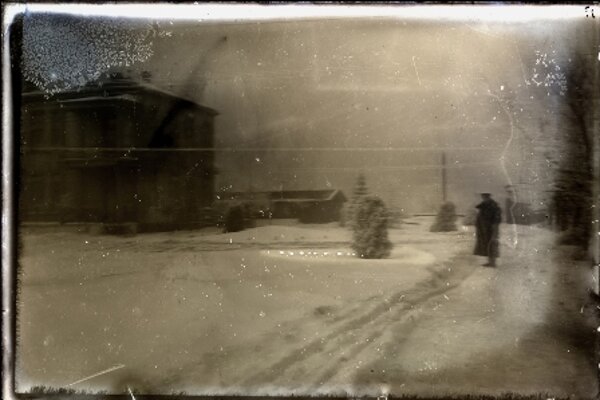 PRECEDING the Month of Photography, which is to start at the beginning November, two quite different exhibitions of Czech photographers are on exhibit in the Central European House of Photography (SEDF) in Bratislava.

Anton Kratochvíl is a Czech national, but he returned to his homeland only a few years ago, after having spent decades away. The son of a dissident, persecuted family, Kratochvíl emigrated from Czechoslovakia in 1967, and after spending a few years in western Europe, he left for the US in 1972.

He took photos for renowned newspapers and magazines and is a three-time World Press Photo laureate. The American photo magazine ranks him among the top one hundred most influential US photographers. In 2000, he was one of the co-founders of the VII Photo Agency. In 2011, he returned to the Czech Republic.

“For me, it makes no difference where I take the pictures,” Kratochvíl said for The Slovak Spectator at the opening of his exhibition Homeland / Domovina in the (SEDF) beginning October, further explaining that “the homeland is an abstract notion for me. I lost this feeling back in 1960s when I emigrated and could not return. I travelled a lot and everywhere I worked, I felt at home. It is not important where I took the photos; the feeling of homeland lies more in the pictures for me”.

The exhibition includes, apart from photos taken in various countries and showing displacement, roots and rootlessness, and also a video taken in the radiation-stricken area of Chernobyl.

The photos of Jaroslav Malík are a different cup of tea: he took vintage photographs from the times of Austro-Hungarian Empire, found by his friend in an attic, who “played with them”, adding colour, small props, or changing them to fit his mood and imagination, at times paraphrasing or ironising them.

Some of the photos are quite weird – they were taken by a doctor-pathologist who documented the pathologies and deviations he encountered; others are rather picturesque, documenting life in a period when time seems to flow more slowly. The frames are also fitting, completing the impression of old-fashioned art.

His exhibition (representing about one half of the total collection) is called The Lord’s First Supper 1929. Asked whether there is a photo he would not give away at any rate, Malík answered that he got attached to the “nighttime winter landscape like from Pushkin’s stories”.

Both exhibitions are, apart from visually pleasing, also quite provocative, albeit in different aesthetics and in a different way for each. They both run in the SEDF, at Prepoštská 4 in Bratislava, until November 2.