AS SLOVAK Economy Minister Pavol Pavlis journeyed to Moscow for gas talks on October 22, power brokers in Brussels were paving the way for a deal between Russia and Ukraine over renewing supply and paying off outstanding debts – a development that would go a long way in calming fears across Europe as the weather chills. 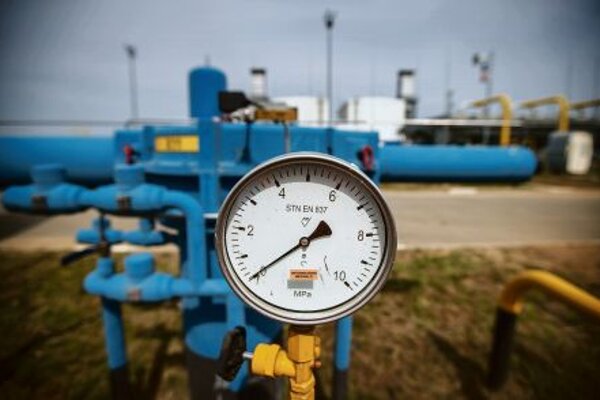 AS SLOVAK Economy Minister Pavol Pavlis journeyed to Moscow for gas talks on October 22, power brokers in Brussels were paving the way for a deal between Russia and Ukraine over renewing supply and paying off outstanding debts – a development that would go a long way in calming fears across Europe as the weather chills.

Russo-Ukrainian talks in Brussels seek to restart gas supplies to Ukraine that were cut off earlier this year, with Gazprom citing unpaid bills. They ended without agreement on October 21, but the parties will reconvene in a week, and a pact looks imminent, said Cillian O’Donghue, a Brussels-based energy analyst with FleishmanHillard. While Ukraine has continued to transit Russian gas to the rest of Europe, it lacks gas for its own consumption, producing knock-on effects for others and general instability on what is a key energy supply route.

Meanwhile, Pavlis held talks with Russian Energy Minister Alexander Novak in Moscow on October 22 in an attempt to guarantee that Slovakia would not see its own supplies cut in the coming months.
Russia’s state owned gas monopoly Gazprom has reduced supplies to Slovakia since early September. Most viewed the move as a sort of ominous pre-winter threat expressing Moscow’s dissatisfaction with natural gas being supplied through so-called reverse flow to Ukraine. Slovakia launched reverse flow via the Vojany-Uzhgorod pipeline into Ukraine on September 2.

The Slovak-Ukrainian reverse flow has the biggest potential daily capacity of the three reverse flow pipelines to Ukraine, at 27 million cubic metres per day.

While gas utility Slovenský Plynárenský Priemysel (SPP) reported 51.5 percent less gas than average was flowing on October 2, the reductions likely did not technically violate contracts which often provide for ranges in gas pumped on each day. In other words, even the reduced levels stayed above the minimum required.

“I don’t think it was illegal, but it was a warning shot,” O’Donoghue said.

Even before Pavlis’ visit to Moscow, the instability of Russian gas supplies in recent weeks has spurred action in Bratislava, as SPP signed a deal with Germany’s E. ON for up to 2 million cubic metres per day of gas arriving via Austria. More recently, on October 22, SPP announced it would seek to open negotiations with Gazprom over reducing the amount of gas it buys by 10 to 15 percent.
Still, the Economy Ministry is portraying the talks with Russia as a success.

“The Russian energy minister gave a public promise to Economy Minister Pavol Pavlis that in the coming days he will personally intervene with the senior management of Gazprom to guarantee that Slovakia again will have all its contractual conditions be observed,” Economy Ministry spokeswoman Miriam Žiaková told the TASR newswire. “In the coming days we will also be meeting with SPP and Gazprom.“

Such Russian pledges are good news, but would be of minimum consequence if a grander bargain between Kiev and Moscow becomes a reality. The final architecture of such a compromise is still sketchy, but it does look like the two have finalised a future price of $385 per thousand cubic metres, with Ukraine forced to pay for its supply in advance. The result is somewhere between Russia’s $450 asking price and Ukraine’s $285 negotiating position. Ukraine owes Gazprom $3.1 billion for the gas it has already received. It is in the midst of pursuing loans from the EU to help pay down the debt as part of the deal, and is meant to come with a concrete payment plan to the next meeting.

The European Commission has announced it is considering lending an additional €2 billion to Ukraine. The EU has already supplied some €1.6 billion in loans in cooperation with the International Monetary Fund.

“Most people in Brussels are just focused on reaching an agreement at the moment,” O’Donoghue said.