AS EXPECTED, after application of the new accounting methodology, the Slovak government’s debt for 2013 decreased under the 55-percent threshold. This in practice means that Slovakia can increase expenditures in its state budget for next year as it has escaped a stricter level of the constitutional debt brake. But economists warn that the change is only cosmetic and call for being prudent. 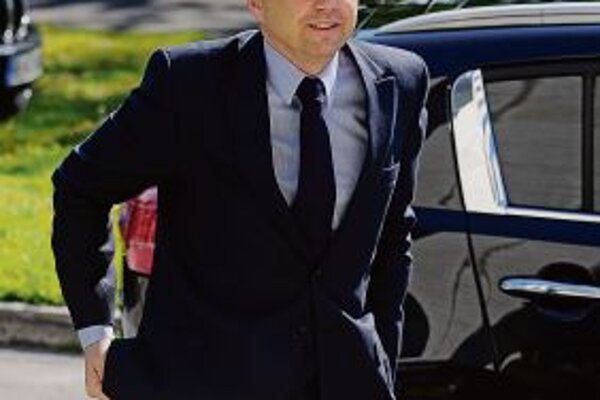 AS EXPECTED, after application of the new accounting methodology, the Slovak government’s debt for 2013 decreased under the 55-percent threshold. This in practice means that Slovakia can increase expenditures in its state budget for next year as it has escaped a stricter level of the constitutional debt brake. But economists warn that the change is only cosmetic and call for being prudent.

“This is good news, and from it stems the question of what [to do] now,” said Vazil Hudák, the state secretary of the Finance Ministry. According to him, the brake release creates the space for a discussion in parliament about measures focused on the support of low-income groups, an increase in wages of teachers, as well as measures to support domestic demand.

On the legislative deadline of October 15, the Slovak cabinet approved a draft state budget for 2015 and sent it to parliament, while admitting that the revision of the government’s debt expected later in the month may open space for an increase in expenditures during the parliamentary discussion.

In its autumn government deficit and debt notification, Eurostat confirmed expectations of the Finance Ministry and decreased last year’s debt to 54.6 percent and the deficit to 2.63 percent. In its April notification, when the new ESA 2010 methodology was not yet being used, the debt amounted to 55.4 percent and the deficit was 2.77 percent. Based on the new methodology, the debt may remain below 55 percent again this year, at 54.94 percent while the original estimate was 56.54 percent. This means in practice that the penalty ensuing from the third level of the constitutional debt brake, which is that expenditures in the state budget cannot be increased in annual terms, will not kick in.

A significant change compared to the old methodology is primarily the inclusion of certain actors in the scope of public finances. Based on the new rules, the deficit and debt will be also influenced by the operations of the National Highway Company, Eximbanka, public health insurance companies and the Emergency Oil Stocks Agency.

Changes were also made in the calculation of GDP, particularly regarding the reclassification of the procurement of small tools from intermediate consumption to investments and inclusion of spending on research and development, as well as on defence into investments, the SITA newswire reported. For the period since 1995, nominal GDP has been increased on average by 1.8 percent for each year.

“Of course, we realise that this [the change in the government’s debt and deficit] is a result of certain statistical changes and that the fiscal efforts, which we have set here, must continue,” Hudák said, as cited by the TASR newswire.

Peter Goliaš, the analyst of the INEKO think tank, agrees, saying that the government was lucky because Eurostat changed the way of accounting in Slovakia’s benefit.

“But concurrently it is necessary to say that in reality nothing has changed either on the health of the economy or public finances,” Goliaš told the Slovak Radio. “The government must continue to be careful.”

“Changes, which have just taken place, have not changed the sustainability of our debt in any way,” Boris Fojtík, Tatra Banka analyst, told the Slovak Television. “It would be good if the government in spite of the new figures related to the debt and deficit stuck in the most possible extent to the draft state budget, which we have already seen and which counts on the deficit of 2 percent for 2015.”

Avoiding the third level of the debt brake creates space to spend €250 million more within the state budget, according to Hudák.

“As a priority we plan to use this money for the hike of wages of teachers and the payroll tax reform [of low-income workers],” said Hudák, as cited by the Pravda daily.

The cabinet wants to increase wages of teachers by 5 percent and reduce compulsory health insurance contributions that employers pay for low-income workers. The latter should apply to more than 500,000 people. This will cost state coffers €200 million and this also may worsen the government deficit from the originally planned 1.98 percent to 2.5 percent. Hudák added that the government's plan continues to be to have a balanced budget in 2017.

The government’s debt below 55 percent of GDP means also the unfreezing of the prime minister’s reserves and that municipalities can increase their spending, too. But the obligation of the cabinet to submit to the parliament a proposal of measures to secure reduction of the debt and freezing of wages of cabinet’s members remains valid.

According to Hudák, the government would keep the 3-percent freezing of budgetary expenditures of about €300 million for 2014. It was forced to freeze the expenditures after the debt exceeded 55 percent of GDP based on the spring notification by Eurostat. The debt brake was activated for the first time in 2013 when the government’s debt exceeded 50 percent of GDP. But this did not bring any heavy sanctions, requiring merely that the Finance Ministry submit a report about reasons behind the increase in debt and proposals for its reduction.