NOVEMBER may not be the most enjoyable month of the year, as it marks the end of the “sunny”, or “day” part of the year, as already the old Celts knew. Our culture has, however, some nice and positive sides on offer to make up for the gloomy period that might evoke a “blue mood”. 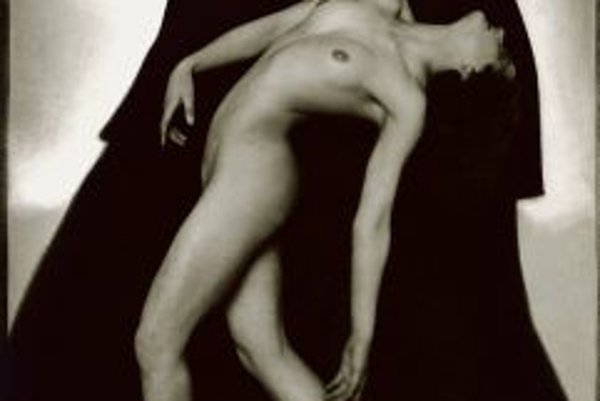 NOVEMBER may not be the most enjoyable month of the year, as it marks the end of the “sunny”, or “day” part of the year, as already the old Celts knew. Our culture has, however, some nice and positive sides on offer to make up for the gloomy period that might evoke a “blue mood”.

One of them is an already 24-year-old tradition known as the Month of Photography, which takes place around the Slovak capital each November.

“There are two leitmotifs, or blocks, of the Month of Photography 2014, which is a novelty,” Václav Macek of the organising Central European House of Photography (Stredoeurópsky dom fotografie, SEDF) told The Slovak Spectator. “Theatre and theatricality will be most focused on the Theatrical World 1839-1939 exhibition in the Slovak National Museum (SNM), and the second block evolves around the motif Propaganda and Photography. The first block ensued from the big exhibition in SNM from Slovak archives, concentrated on theatricality, as shown not just onstage, but also in the streets.”

Another exhibition hinting at theatre will be the overview of Rudolf Koppitz, a famous Austrian photographer (1884-1936) in the Bratislava City Gallery’ Pálffy Palace in Panská 19 that will open as the first event on October 28.

Macek added that the second block, quite topical right now, will have a focal exhibition, which will be in the Kunsthalle / House of Art venue, called Photography in the Service of Propaganda, demonstrating the propaganda under Stalin and Hitler in Slovakia, and also in Hungary and Germany while comparing the stylisation or the authors’ strategies that were rather similar.

“It didn’t matter whether it was (Slovakia’s war-time president, later executed for treason and Fascism-related crimes) Tiso, or (communist-era Czechoslovak president) Gottwald, who took the children into their arms,” Macek explained.

When asked what were the key exhibitions of this year’s Month of Photography, Macek answered: “For us, the focal exhibitions are the Slovak New Wave [in the House of Art / Kunsthalle], presenting seven local photographers of the post-modernism generation between 1985 and 1993; “Victorian-era” artist Rudolf Koppitz in GMB; the Sony World Photo Awards 2014 in the House of Art / Kunsthalle; of the smaller ones, the project of Nobel Peace Prize Laureate Liu Xia about prisoners in China shown in Cyprián Majerník Gallery in the Zichy Palace should be mentioned; as well as that of Milota Havránková’s selection of works 1964-2014 [in the Umelka gallery of the Slovak Union of Visual Artists in Dostojevského rad 2]; and some others, too.”

The exhibitions in SEDF include the Sorela – Do You Want Socialist Realism? You Shall Have It! about Czech photography depicting communism in the 1980s; and the presentation of two Leica Oskar Barnack award laureates, Slovenian Ciril Jazbec and Russian Evgenia Arbugaeva, Macek said.

There will be also exhibitions opened in a host of smaller galleries around Bratislava, as well as in the Austrian, Bulgarian, French, Hungarian, Polish, and Slovenian (in alphabetical order) cultural institutes, and in the Museum of Hungarian Culture in Slovakia. Thus, it is advisable to look at the offer at citylife.sk/festival/mesiac-fotografie-2014-bratislava, or at the full bulletin at sedf.sk/images/stories/mesiac_fotografie/2014. Almost everyone can find something from the rich offer to suit their tastes.

Workshops in English, including a master class with Chien-Chi Chang from Taiwan or Saul Robbins from the US are also part of the Month of Photography.

Running parallel to the Month of Photography will be the OFF festival in the Pisztory Palace in Štefánikova Street – a platform for new talents on the photography scene.