THE STORY of the founding of Liptovský Ján is probably also the story of founding many other villages, especially those which emerged in densely forested places. 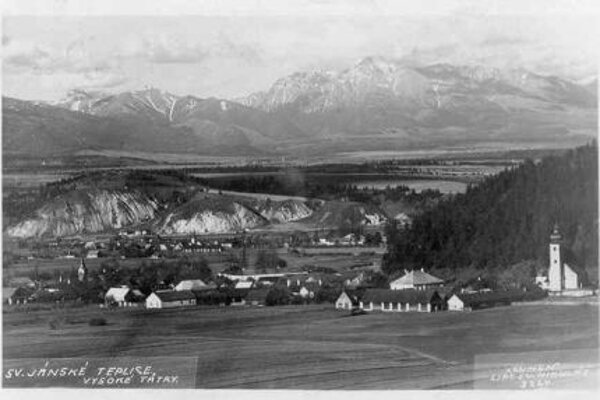 THE STORY of the founding of Liptovský Ján is probably also the story of founding many other villages, especially those which emerged in densely forested places.

This is exactly what the mediaeval region of Liptov was like. In spite of the sparse settlement and deep woods, those in power decided to found new settlements here, too.

In the case of Liptovský Ján, the main motivation may have been the mining and digging of gold in the nearby village Boce. The founder was Ján Bogomir of the Szentiványi (meaning St John) family, one of the mightiest clans in Liptov. To build any dwellings at all, his people had to first deforest the woods which were, with all probability, untouched at those times.

After long years of very hard work, the deforested area was turned into arable land. Finally, a hamlet – surely very small by then – could be built and gradually enhanced.

Speaking of mining gold, let us not forget Matej Murín. He, too, was digging for gold; only in a slightly different way. He was the local bandit who started this adventurous activity in 1804. When he was caught eight years later, he had already looted 6,000 guldens, in addition to 50 sheep and plenty of cheese to eat.

In this postcard from 1936, Liptovský Ján still resembles a mediaeval settlement. It takes up a relatively small area and just behind its edge houses lie vast fields and meadows.