CHATAM Sofer, born Mosche (i.e. Moses) Schreiber, is still respected in the orthodox milieu as one of the world’s greatest rabbis. 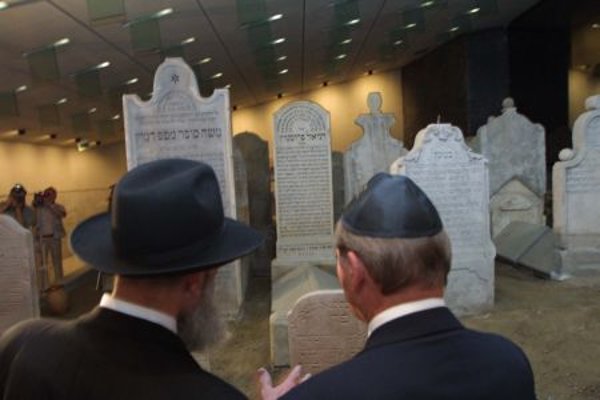 CHATAM Sofer, born Mosche (i.e. Moses) Schreiber, is still respected in the orthodox milieu as one of the world’s greatest rabbis.

He was born on September 24, 1762, in Frankfurt am Main, Germany. Even during his studies, he stood out with deep knowledge and remarkable exegesis (critical scrutiny of text, especially religious). He consequently defended traditional Judaism. After having studied the Hebrew language, Torah and Talmud, he worked for the Jewish community in Boskovice, Prostějov and Strážnice in Bohemia, and later in Austrian Mattersdorf.

As already acknowledged scholar and expert on law, Chatam Sofer (Sofer means in Hebrew the same as his surname in German, meaning scribe or writer) arrived to Pressburg or Pozsiny (as Bratislava was called then) in 1806, and since October 13, he started here as rabbi. The name Chatam is an abbreviation of his main script, Chiduse Torah Mose – which is one of the basic pillars of Orthodox Judaism (an interpretation of Torah, five books of Moses which was a breakthrough in the interpretation of Talmud).

Sofer founded a Yeshiva (school for rabbis exploring traditional Jewish scripts, Torah and Talmud) in Pressburg, and taught hundreds of rabbis who later worked all around the world. Apart from teaching and exercising religious rituals, Sofer focused on religious judge’s activities, while his decisions were ultimately accepted by believers, without any doubts on their fairness. As a teacher and interpreter of Torah, he by far exceeded the borders of the city and the local Jewish community. Also other people, including emperors, accepted his advice, the TASR newswire wrote.

In 1809, when Pressburg was besieged by Napoleonic armies, he fled to Svätý Jur, now a municipality close to Bratislava, where he organised and led the charity activities for war-stricken and poor citizens. The synagogue in Svätý Jur remains the only still existing temple where Chatam Sofer worked.

He was also an excellent narrator and writer, who authored about 90 extensive works, thousands of letters, testimonials and expertises, several books, religious songs, and exegeses.

Rabbi Chatam Sofer died on Ocotber 3, 1839 in Pressburg, and was buried the next day on boards from his teaching desk. He died aged 77.

Currently, his grave is in the Bratislava-based Mausoleum of Chatam Sofer which was ceremonially opened in 2002 as a unique site of interest in Slovakia. The mausoleum is placed in the complex of the oldest Bratislava Jewish cemetery which was destroyed in World War II due to the construction of the tunnel which cuts through the hill under the Bratislava castle. In the original place, only a small group of about 23 graves of Bratislava scholars, centralised around the grave of Chatam Sofer was left then, covered with a concrete roof. Thus, this site became an underground space known as the Mausoleum of Chatam Sofer. It lies on the slope between the Danube River and the Bratislava Castle. The Mausoleum contains 23 graves in their original place, and 41 tombstones.