SLOVAK politicians see hope in the results of the parliamentary elections in Ukraine. In their optimism, however, they note that much will now depend on the reforms that the new government must pass. 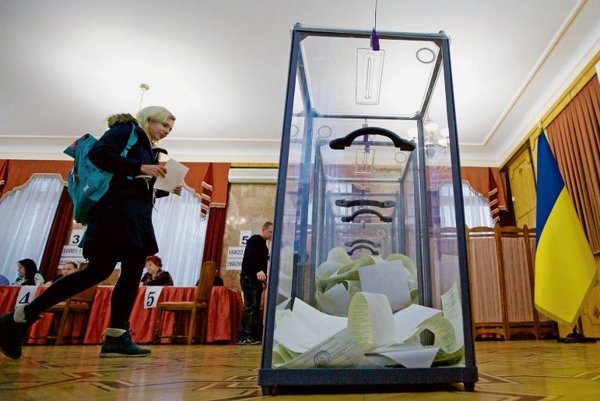 SLOVAK politicians see hope in the results of the parliamentary elections in Ukraine. In their optimism, however, they note that much will now depend on the reforms that the new government must pass.

Slovakia’s Foreign Ministry, in an official reaction to the results of Ukraine’s October 26 elections, hailed the fact that most of the votes went to pro-European political parties who see the future of Ukraine closely connected with the EU.

“We hope the new Ukrainian government will be formed in a short time and on the basis of the election results and that there will be no unnecessary delays to the start of its active work in fulfilling the expectations of the Ukrainian voters,” the ministry stated. The ministry again repeated Slovakia’s readiness to share its transformation experience and help the Ukrainian authorities in their efforts.

Foreign Minister Miroslav Lajčák said during a conference in Bratislava on October 27 that it is in the interest of Europe and Slovakia to have our immediate neighbour democratic and prosperous as well as the other countries to the east of Slovakia’s borders.

“The preliminary results of yesterday’s elections in Ukraine provide room for cautious optimism: the elections were peaceful and the pro-European parties seem to have won the parliamentary majority, which is pleasing,” Lajčák stated. He added that this is just the beginning, however, and much will depend on whether reforms will be introduced at the expected pace.

The foreign minister also pointed out that Slovakia has launched the reverse flow of natural gas, thus saving Ukraine about $500 million.

“If every EU member contributed half a billion [dollars], Ukraine would be somewhere else today,” Lajčák said while calling for the creation of a comprehensive plan of aid for Ukraine, using the Organisation for Security and Cooperation in Europe (OSCE) as “our ears and eyes in the region”.

Opposition MP František Šebej, the head of parliament’s foreign affairs committee, stated that the results of the elections are good news for democracy.

“These results will probably allow for creating a pro-European government with the support of a stable majority in the parliament,” Šebej noted, adding that the elections prove the majority of Ukrainians see the future of their country in Europe. At the same time Šebej noted that the new government will face a disastrous economic situation and disruption of the country in its eastern regions.

Former Slovak prime minister Iveta Radičová led the mission of observers from the International Republican Institute during the October 26 elections in Ukraine. In an on-the-spot interview with the Sme daily she said that the new government has the potential to maintain stability and peace if it starts making reforms.

“Expert first aid will be needed in the preparation of reform laws as the political parties do not have an abundance of experts,” Radičová said during the interview when asked what kind of aid the EU and Slovakia can provide after the Ukrainian elections. She noted that material aid is also necessary, but not as a gift.

“Ukrainians first have to pass reforms, so that later they will be able to pay off their debts,” Radičová opined.