THERE is an application for almost every aspect of life from calling a taxi to looking for a date, and as many Slovaks adapt to a smartphone centred lifestyle, homegrown app developers are trying to keep pace. 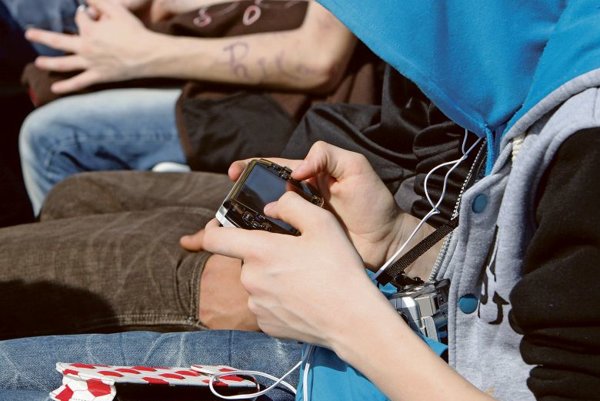 THERE is an application for almost every aspect of life from calling a taxi to looking for a date, and as many Slovaks adapt to a smartphone centred lifestyle, homegrown app developers are trying to keep pace.

“The Slovak customer likes to use the possibilities of their mobile phone,” Slovak Telekom spokesman Michal Korec told The Slovak Spectator. “As they were discovering multimedia functions such as FM radio, MP3 player, camera or GPS in the past, now they found their indulgence in trying various applications or using mobile data.”

To illustrate the use of applications in Slovakia O2 spokeswoman Martina Jamrichová pointed to a study of customers who use their phones to access the internet. Some 74 percent of customers use their phone to search the internet, 74 percent for e-mail and 73 percent for social networks. Nearly half check the weather via their smartphone, 43 percent read news and 42 percent use the phones to access web-based maps or navigation, according to a study conducted by Ipsos Tambor for O2.

“It is like mobile devices, with development of social networks, applications and content, came to life,” Jamrichová told The Slovak Spectator. “Mobile phones have become a sort of remote for our lives.”

Some successful Slovak-made applications such as TapHome are not far from Jamrichová’s thinking. The application allows people to operate heating, air conditioning, lighting, gates and security using just a mobile device. Another example of a successful homegrown application is M.dot, an application for creating web pages, which was bought by the American firm GoDaddy for $15 million in early 2013.

“The difference with the past is that there are much more high quality products therefore we are not growing just in quantity but also quality,” Piskunová told The Slovak Spectator. “Slovak developers are able to succeed in the local market because a Slovak user prefers an application in Slovak rather than a foreign [application].”

Who gets the bill?

Another recognised Slovak mobile application is Viamo, which provides people with the possibility to send money from one mobile phone to another without using online banking services. All customers need to know is the phone number of the recipient and they are able to send up to €200 per day. Viamo users are also able to pay small sums for services, like a taxi ride or coffee in a restaurant.

Viamo CEO Adam Marek got the idea to create such a service when playing poker with friends and having problems settling up after games.

“Then I got the idea that it would be great to have something which I can use to settle up without splitting a €20 bill,” Marek said, as quoted by the Pravda daily, “and my friend would immediately know that money was on the way.”

The application became part of the services of VÚB, Tatra Banka and ZUNO. Anyone receiving money can have an account in any Slovak bank and does not have to be registered with the service or even have a smart phone. In mid-2014, around 60,000 customers sent more than €500,000 per month while the average sum sent is €20, Pamela Babuščáková of Tatra Banka told Mojandroid.sk.

One of the most promising Slovak start-ups Key.vi offers solutions for times when someone locks themselves out of their house. The idea of a mobile application unlocking doors without a key is the result of firms brainstorming as well as a survey, according to Key.vi Project Manager Robert Gašparík.

“When you have Key.vi you don’t have to carry a set of keys or pull a smart phone from the pocket of a jacket or hand bag, just come close and the door will unlock,” Gašparík told The Slovak Spectator. “It is so easy.”

Key.vi uses technology similar to that used by banks for contactless payments. In the beginning, the firm focused on hotels and offices because they use less secure locks and thus the mechanism to unlock the door could be less powerful, according to the Hospodárske Noviny daily. Potential everyday customers are waiting for a prototype, which should come by the end of 2014.

Trash out of the country

Application TrashOut demonstrates that Slovaks can also come up with a successful idea with motives other than profit. The application is part of an environmental project aiming to locate illegal dumps all around the world. It cooperates also with the Slovak Environment Ministry which promotes the TrashOut among people.

When its founder Jozef Vodička wanted to report illegal dumping in Slovakia, he discovered that he had to send mail to authorities providing information about location, size or volume. Therefore he got an idea to use smartphone technology, which can take pictures and localise dumpsites with GPS – making reporting much easier.

TrashOut is now translated into 13 languages, monitors around 70 countries around the world and has led to the reporting of 18,000 illegal trash dumps. Microsoft Windows Phone Marketplace featured TrashOut in some regions as an App of the Day for several months.

“Such big partners [as Microsoft] help us to grow,” Vodička told The Slovak Spectator. “We are very pleased [by the interest], I planned it as an international project right from the beginning.”

When TapHome co-founder Martin Kalis was reconstructing his house he looked for a smart way to operate household devices and realised that existing systems are expensive and not very user friendly. He and some friends thought they could do better, said co-founder Samo Jurdík.

Unlike other similar applications, TapHome can be adjusted easily by a smartphone user without help of professionals. An ordinary electrician is able to install it at home and customers do not need to buy a new module every time they want expand its functions.

TapHome is currently selling in Slovakia and the Czech Republic and should expand to other countries of the EU in 2015. According to Jurdík, the business is booming.

“When a person constructs a house in Slovakia it is most likely a house with a high technological level,” Jurdík said. “Slovaks love technology innovations.”