THE BUILDING of 4G, known also as Long-Term Evolution (LTE) networks, in Slovakia is going faster than originally expected, even though the arrival of the fourth operator has not been as smooth as planned. Swan has not yet agreed upon national roaming with any of existing operators, which has postponed the launch of its commercial operation into 2015. Nevertheless, the number of devices enabling usage of 4G, either in offer by mobile operators as well as those already owned by the users, is increasing. 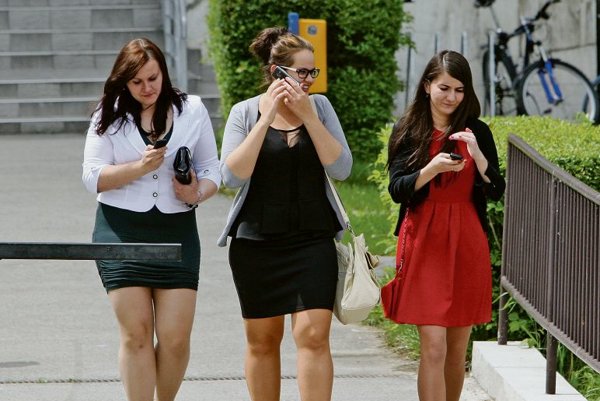 THE BUILDING of 4G, known also as Long-Term Evolution (LTE) networks, in Slovakia is going faster than originally expected, even though the arrival of the fourth operator has not been as smooth as planned. Swan has not yet agreed upon national roaming with any of existing operators, which has postponed the launch of its commercial operation into 2015. Nevertheless, the number of devices enabling usage of 4G, either in offer by mobile operators as well as those already owned by the users, is increasing.

“While Slovakia does not belong among the first countries to have adopted LTE, a significant commitment with regards to the LTE deployment can be seen from the leading mobile operators,” Vladimír Settey, system engineer at Cisco Slovakia, told The Slovak Spectator. “Within a few months’ period they built the LTE coverage for more than 25 percent of population, which was the goal set by regulatory for the end of 2015 and there’s no doubt it will be highly exceeded.”

Peter Steigauf from the zive.sk and MobilMania.sk websites dedicated to telecommunications added that operators naturally compete with each other in the size of their coverage by their LTE networks. In this respect, he perceives Slovak Telekom as being the farthest ahead when it launched its commercial operation last November. Another two established operators, Orange Slovensko and O2, as well as the newcomer Swan, continue to build their networks, too.

Steigauf expects that the coverage of Slovakia with 4G networks will increase, while Swan, along with building its own network, needs to agree with another operator about national roaming, i.e. usage of another operator’s network to provide services in geographic areas where it has no coverage. However, talks about national roaming are not going as smoothly as Swan had originally expected.

“Operators are negotiating with us, but too slowly,” Martin Mosný, director for strategy and development at Swan told The Slovak Spectator. “There is only a little chance that we would manage to launch the national roaming by the end of 2014. Thus it is also not possible to start providing full-fledged services. If we hypothetically closed the agreement about national roaming today, it would be not technically possible to make the December term.”

According to Mosný, Swan is building its LTE network according to its plan, and from the technical point of view it is prepared to launch its own network. Now it is pondering possibilities of how to operate without the access to the network of one of three competing operators, while it would like to launch an alternative plan.

“Because our product and marketing strategy counted on the national roaming due to securing the Slovakia-wide coverage especially for voice services, in the case of the launch of our services without the national roaming, we will have to rework our planned portfolio of products,” said Mosný.

Swan, which has been operating in the Slovak market since 2000 providing fixed and wireless services, obtained during the auction in 2013 only frequencies in the 1800 MHz band, which are more suitable for data services. It already has experience in the mobile market, when it was a branded reseller offering mobile services provided by Telefónica Slovakia (O2) under the name Swan Mobile.

Based on the licence, Swan has to cover 25 percent of Slovakia’s population with its own network by the end of 2015 and 50 percent of the population by 2018. It plans to build the 4G network within three years. In total, Swan plans to invest €50-100 million into the project of the mobile operator. After Swan builds its own network covering 20 percent of the population, other operators will have to make available their networks to it via national roaming, according to Mosný. Swan plans to achieve such coverage by the end of 2014.

“However, other operators have not been willing to agree with us upon national roaming so far,” said Mosný, adding that the regulatory authority knows about the situation and it will up to it how it would use its legal possibilities. “One of the key topics that is putting negotiations at a deadlock is the price and because of this we expect that also this one will be regulated.”

One of three established operators, Orange Slovensko, has already asked the Regulatory Authority of Electronic Communications and Postal Services (RÚ) for an explanation as to what a real meeting of license conditions is, the Hospodárske Noviny economic daily wrote on October 22. This is an especially critical point and this is whether it is enough for meeting the licence’s conditions about only the technical launch of the network or whether the launch of the commercial operation is necessary.

Slovak Telekom (ST) already covers 44 percent of Slovakia’s population with 4G including Bratislava, all eight regional capitals, as well as other towns and villages. Its plan is to increase the coverage to about one half of the population by the end of 2014, Michal Korec, ST spokesperson for services and finances told The Slovak Spectator. It launched the commercial operation of 4G last November.

Orange Slovensko covers 13 Slovak towns including Bratislava, Banská Bystrica, Košice, Komárno, Martin, Nitra, Piešťany, Poprad, Prešov, Trenčín, Trnava, Zvolen and Žilina with its 4G network, which represents 25 percent of the population. By the end of 2014, it plans to extend its network to another 11 towns and cover almost 30 percent of the population. It launched the commercial operation of the 4G network in July, Alexandra Piskunová, spokesperson of Orange Slovensko told The Slovak Spectator.

O2 tested the 4G network in 2010 and launched the pilot commercial operation of 4G in some selected municipalities of Slovakia in 2012.

It plans to launch its LTE network in Bratislava and Košice in December. It plans to cover one half of the population with its own network by the end of 2015, while its ambition is to build the network covering 70 percent of the population significantly earlier than is the license’s deadline of the end of 2018, Martina Jamrichová, spokesperson of O2 told The Slovak Spectator.

Swan launched the testing operation of its 4G network in Trnava in October.

The number of devices enabling full usage of all the advantages the 4G network offers is estimated in Slovakia to be in the tens or hundreds of thousands, but operators expect a rapid increase.

“4G/LTE-enabled telephones are becoming a common standard and all important producers have them on offer,” said Mosný.

In this respect Settey said that rather than the current number, the upward trends are more important.

“While we might guess the precise numbers here the more important fact is the rate at which LTE-enabled devices are coming to the market,” said Settey.

Based on the latest GSA report there are more than 2,200 different kinds of LTE-enabled devices worldwide, with almost 1,000 new devices coming in the last 12 months (79 percent y-o-y growth), said Settey. As people tend to upgrade their mobile devices at an increased rate, there is no doubt that whatever the penetration is now it will change dramatically in the upcoming year or so and quite soon the majority of the population in Slovakia will be technically capable of using LTE services.

However, the even more important aspect besides the growth of traditional devices like smart phones, tablets or dongles is the Internet of Everything world and machine to machine communication, according to Settey.

“We can see the first high-scale deployments coming in the world and this might radically change the paradigm of mobile networks in the future,” said Settey. “It might take a bit more time to see the reflection of those trends in Slovakia, but there’s no reason to assume different evolution of the local market.”

In terms of popularity of LTE, Settey expects that from the user’s perspective, it is expected that excess bandwidth brought by LTE will be primarily consumed by data transfer related to video.

“It will also move a significant portion of traffic from wireline networks to mobile broadband as people will more use mobile devices for interactions, social networking, cloud services and various forms of realtime communication,” said Settey. “For example online shopping, internet banking or social networking can be easily, more flexibly and maybe even more conveniently performed over mobile apps today than with a computer.”

“However besides residential services, the excess bandwidth brings benefits for the business segment as well,” said Settey. “LTE-enabled customer premises equipment such as small routers provides an excellent option for on-demand, ad-hoc, temporary or backup connectivity with full access network diversity or even primary connectivity if there are limited wireline alternatives.”

According to Settey, the “phenomenon” is the machine-to-machine communication (M2M) with first application in telemetry, biometric sensors and manufacturing.

“While M2M may not be considered significant today, most likely we’ll see an explosion of various devices and applications in the near future,” said Settey.