IFF back to normal

THE ECONOMIC crisis has been reflected in many fields, one of them being culture and its financing. Last year, Bratislava’s International Film Festival (IFF) shrank considerably in size and also in duration. 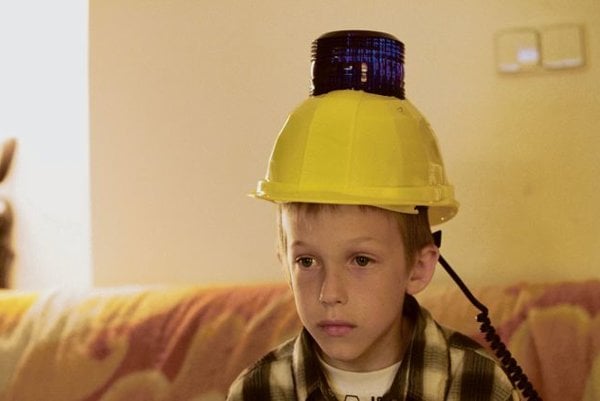 THE ECONOMIC crisis has been reflected in many fields, one of them being culture and its financing. Last year, Bratislava’s International Film Festival (IFF) shrank considerably in size and also in duration.

However, the 16th year of IFF Bratislava that takes place between November 8 and 14 shows an upturn, returning to the standard mode both in the number of screenings and in the time compared to last year when it “hit the bottom and took off”.

“This year, we will come close to 150 screenings, meaning the festival will offer 147 of them,” head of the festival Vladimír Krajniak told a press conference. “We will show a total of 123 films,” he added. The number of screenings rose by 50 percent.

Organiser of the documentaries’ section, Pavel Smejkal, presented this section, pointing to its novelty: only debuts and second films are admitted to compete in this category.

“Thus, we try to boost the identity of the festival as an event searching for new names and talents and potential future film stars,” he explained. From among the eight contestants, he specially stressed the films Bloody Beans (by Narimane Mari) or The Uprising, which offers a fusion of reality and fiction in the amateur YouTube and Vimeo videos depicting the recent revolts in the Middle East and North Africa.

The competition of short films features 12 of them this year, including winners and laureates of the festivals in Rotterdam or Tampere.

The competing feature films include nine movies, such as the Vietnamese Flapping in the Middle of Nowhere (laureate of the Fedeora award from the Venice film festival) or Party Girl (recipient of the Golden Camera in Cannes for the best debut). Slovakia has an iron in the fire, too, with the film Children, the feature debut of documentarian Jaro Vojtek.

The section Focus, selected by Kristína Aschenbrennerová, is dedicated to the cinematography of Hong Kong, presenting a range of 12 films, from those showing the historical development since the country fell back to Chinese administration after British rule, to lighter, more amusing pieces introducing this cinematography, which is quite unknown to Slovak audiences.

The section Stories offers eight films as chosen by Radovan Holub. “The goal of this section is to evoke a strong anti-depressive mood, so that the visitor doesn’t leave with the feeling that everything is wrong,” he explained, adding that another feature of this section is that there are several comedies or films with comical elements included.

Holub is also in charge of the Panorama section, where he picked the movies Macondo, Stations of the Cross, Inbetween Worlds, and The Search.

Czech painter and costume designer Theodor Pištěk (who also won an Oscar for his work in Miloš Forman’s movie Amadeus) will receive the festival prize “for artistic excellence in world cinematography”, appearing in person on November 12 before the screening of Amadeus. Slovak actor Ivan Palúch will get his own symbolic memorial tile on the Film Walk of Fame at the November 13 gala evening. The real tile will be then placed in front of the P.O. Hviezdoslav Bratislava City theatre in Laurinská Street in June, at the opening of the Bratislava Cultural Summer.

The films will be scree-ned in six venues, including the Batelier club, where non-competing films will be shown in their original language with English subtitles, all for free. The new booking system allows audience me-mbers to book any film in any cinema from any other festival venue, as well as through web and mobile applications.

The films will have Slovak subtitles, and some will also have English subtitles; the updated information on language versions can be found at www.iffbratislava (English version can be clicked in the top right corner of the site).