WHILE Robert Fico’s government puts closing legal loopholes for tax avoidance and consolidation of public finances as the motivation for tax changes adopted at the end of October, business and tax experts perceive them as mostly negative and worsening the business environment in Slovakia. The changes are a continuation of tax-related measures the Robert Fico government has adopted since it took power in 2012. That year it scrapped the flat tax, which it used as some of the main bait for foreign investors. 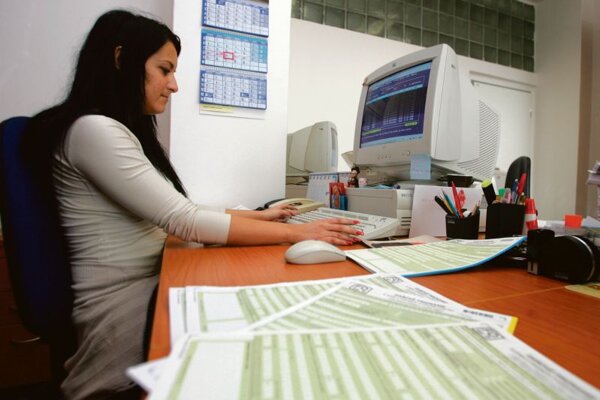 WHILE Robert Fico’s government puts closing legal loopholes for tax avoidance and consolidation of public finances as the motivation for tax changes adopted at the end of October, business and tax experts perceive them as mostly negative and worsening the business environment in Slovakia. The changes are a continuation of tax-related measures the Robert Fico government has adopted since it took power in 2012. That year it scrapped the flat tax, which it used as some of the main bait for foreign investors.

“The flat tax and the very straightforward tax law were a very good marketing tool in promoting Slovakia to foreign investors,” Bart Waterloos, partner of VGD - AVOS Bratislava, told The Slovak Spectator. “Now we only see that year after year the rules are getting more complicated.”

According to Waterloos, the latest changes would increase the administrative burden for companies.

“They will need more time to process these complicated tax measures, but they will not have any benefit for this, while benefits of some changes for the state are questionable too,” said Waterloos.

Róbert Kičina, executive director of the Business Alliance of Slovakia (PAS), perceives the tax changes negatively because they increase the effective tax rate which means that they increase the real tax burden of businesses.

“The removal of loopholes in tax laws is a step in the proper direction, but when this takes place without any compensations, for example in the form of a reduction of the tax rate or cancellation of tax licenses, then it comes as no surprise that business persons perceive the changes exceptionally, sensitively and negatively,” Kičina told The Slovak Spectator.

Prime Minister Robert Fico’s Smer majority in parliament pushed through an extensive revision to the income tax laws on October 30. The cabinet cited consolidation of public finances and closing legal loopholes as the motivation for the changes. The approved changes should bring the state additional revenues of nearly €860 million during the next three years, of which €265 million should come in 2015. This means that taxpayers will pay more in taxes as of next year, even though basic rates for income and corporate taxes remain unchanged, at 19 and 22 percent, respectively. The value added tax remains at 20 percent.

The opposition called it a covert tax hike actually increasing the corporate tax from 22 percent to 25 percent.

“When we collect more from any tax, this does not mean that we are increasing the tax burden,” said Kažimír, as cited by the TASR newswire. “We are endeavouring for a fairer distribution of this burden. We are living in an environment where it is a habit to avoid tax laws.”

Tax experts and economists see changes in depreciation as the most significant. As depreciation reduces the tax base and thus the final tax paid, a longer period of depreciation means higher taxes paid. They see as the biggest problem that the changes apply also to existing assets and not only to new ones.

The revision increases the number of depreciation groups from four to six, shortens depreciation of production technologies from 12 to eight years and prolongs depreciation of non-productive real estate, i.e. office buildings, hotels and blocks of apartments from 20 to 40 years.

“The fact that this should be applied also to existing assets, will cause several financial plans, and related financing, to be obsolete,” Waterloos said. “Investments in such assets are made after long and careful evaluation of all factors and now the government is changing the playing field for these investors from one day to another.”

While Ladislav Kozmon from the accounting and consulting company Consultare points out that the depreciation of buildings in Europe is 40 years on average, he agrees that the application on the existing assets would cause problems to businesses, especially those with hotels.

“Hotels cannot function with the same interior for 40 years,” Kozmon said, adding that hotels need to change their interior after 20 years of operation.

Kozmon and Kičina also see this change as having a retroactive impact on businesses, affecting their cash flows, violating the original financial plans and return of investments.

Waterloos listed, among other significant negative changes, the decision that costs incurred for consultancy, legal services, marketing and so on will be tax deductible only once paid. According to him, this would lead to “extra administration, without even a real benefit for the government, because in the end they will be tax deductible anyway”.

Waterloos also sees all the extra rules that will limit the depreciation of cars and the costs related to cars can only be categorised as populism where the real effect could be surprisingly small.

Kozmon also perceives as a change with a huge impact on businesses the introduction of limiting depreciation on assets which a business person can also use privately. Based on the new rules, business entities can choose between flat expenditures of 80 percent or provable expenditures depending on the real usage of this asset for private purpose and doing business.

Originally, there was a list of assets to which this measure should have had applied, but in the end the parliament did not adopt it. What Kozmon sees as a problem is the fact that it would be up to the taxpayer to persuade the tax administrator that he or she uses the given assets only for doing business. He expects that to avoid problems and increased administration and costs, businesses would use the flat expenditures of 80 percent also for those assets which they fully use for doing business.

Other adopted changes with rather negative impacts on business entities include: the change in depreciation in the case of the financial leasing, extension of the duty of transfer pricing also on domestic entities and the change in amortisation of losses, while the latter is also perceived as retroactive.

“One should really search for any positive or beneficial measure with a magnifying glass,” Waterloos said. “Maybe the additional depreciation of 25 percent of the investments in research and development could be considered to be a positive change. But then again, the expected impact is rather small and will be only for a limited group of companies.”

On the other hand, Kičina perceives this measure in a controversial way.

“While there is an assumption that companies would be more motivated to invest in research, space is being created for speculations as it would be not possible to assess sufficiently the effectiveness of funds spent on research and development,” said Kičina.

Kičina sees as beneficial the introduction of virtual cash registers, where those obliged to issue receipts will be able to use free virtual cash registers available at the Financial Administration in case the number of receipts they issue monthly is between 300 and 1,000. He also welcomes the reduction of depreciation of technologies from 12 to eight years.