NOVEMBER 17 is a vital date in Slovak history, as on this day in 1989, the fall of communism started and the “long and winding road” to a democratic and free state began. The revolution that erupted on this day is dubbed “The Velvet Revolution” and is celebrated every year. It is also a national holiday, but this year, the 25th anniversary naturally creates a special occasion. 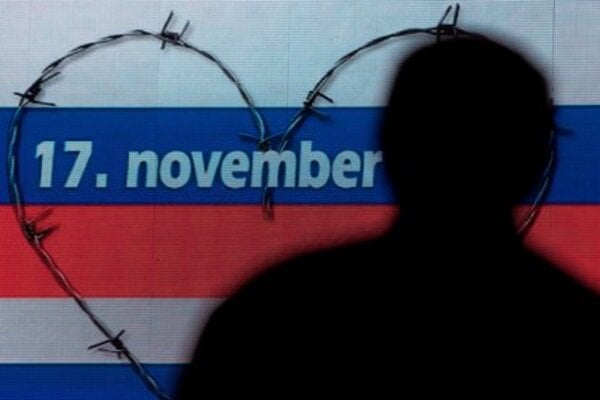 NOVEMBER 17 is a vital date in Slovak history, as on this day in 1989, the fall of communism started and the “long and winding road” to a democratic and free state began. The revolution that erupted on this day is dubbed “The Velvet Revolution” and is celebrated every year. It is also a national holiday, but this year, the 25th anniversary naturally creates a special occasion.

Of course, art, culture and social debates cannot be excluded from this opportunity and there will be a host of events organised around this day, both in and outside of Bratislava.

The Nation’s Memory Institute (ÚPN) has been organising the Freedom Festival / Festival slobody for four years now, but in 2014, there will be a special edition, with the programme enhanced in contents and also expanding to the regions outside the capital.

“With the very date of organising the Freedom Festival, each year we try to point to the anniversary of the “Velvet Revolution”,” Ján Mitáč of the ÚPN informed The Slovak Spectator. “The whole festival, through its contents and orientation commemorates mainly the November events of 1989 and the fight for freedom and democracy. To this end, we included, for example, the film November+20 about the revolution days in Slovakia, a presentation of the multi-media project “Coup d’Etat” / “Prevrat” where the authors – through their own illustrations, archive documents, period photographs and film shooting – try to follow the turbulent period of the dying of the communist regime.”

Mitáč added that within the festival’s 4th year, the ÚPN employees will also organise the debate “Our Path to Freedom” which reflects not only the fall of the regime in the Eastern bloc countries, but also the gradual transition to democracy. The debate [on November 16 at 20:00 in KC Dunaj] will include guests from Germany, Hungary, Poland, the Czech Republic and Slovakia. There will be also a theatre performance of the Skrat Theatre “The Inside of Inside” which deals with the mechanisms and ways in which the communist-era ŠtB secret police worked. These remained in function even after the ŠtB ceased to exist.

Other events within the festival include: a festive mass awarding figures who fought against the totalitarian regime or who are working to keep the memory of the history in the consciousness of the nation, a photo exhibition, and a host of film screenings. Asked whether a trend towards looking back to the past can be traced in recent Slovak – and Czech – cinematography, Mitáč answered: “This is a question rather meant for filmmakers. But we also feel this trend and we at the the ÚPN are that there are more and more works with this motif. We are also trying to actively participate in similar projects, and we often provide filmmakers with the necessary archive documents. Our institute has been working on these themes since its establishment, and 17 films have been made in our production.”

In Bratislava, the festival will take place between November 12 and 16, and then it will move on to other Slovak regions. “After the first successful year in Bratislava, we decided to expand the festival to other towns in Slovakia; thus, the festival will take place in Nitra, Ružomberok and Košice in the form of one-day festivals, where we want to offer the best of the Freedom Festival,” Mitáč said. “In the regional festivals, participants from the regions will also take part. We hope that in the upcoming years, we will be able to reach other cities and towns with the festival.” The full programme of the festival can be found at festivalslobody.sk.

In Zvolen, the Weekend of Attractive Theatre will be focused on the November 17 anniversary, too. This year, the festival that was started exactly on November 17, 1989, brings several November – or, politically – themed theatre pieces, including a Czech one from Brno, a concert of the Andrej Šeban Band, as well as a concert by Czech musicians and member of the legendary dissident band, Plastic People of the Universe, Eva Turnerová and her Eturnity project between November 20 and 23 (vikendatraktivnehodivadla.sk).

In Žilina and Banská Bystrica, there will be also two events that will take place on November 17.

Back in the capital, the annual Central European Forum will be composed of three days of international debates in the L+S studio, involving personalities in social and political life from both Central European countries and the West, discussing the topical issues.

Between November 15 and 17, the debates will be titled Us and Them and will evolve around the split in modern societies, which leaves people divided into hostile groups feeling like victims of “the others”.

More information can be found at ceeforum.eu.