Tree of the Year 2014 is white mulberry

THE 12th YEAR of the poll searching for the most interesting, rarest or otherwise special Slovak tree has found a winner: the white mulberry (Morus alba L.) growing in the town of Senica, among housing estates. 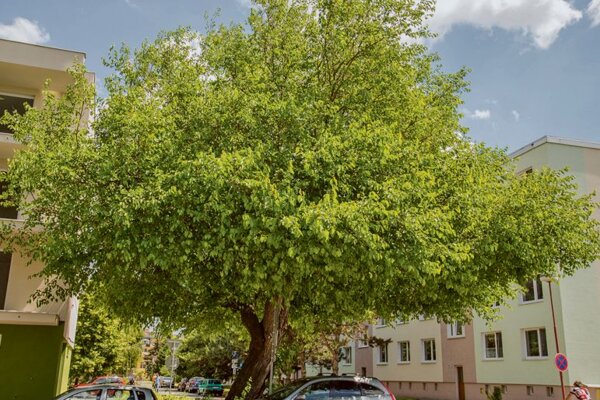 THE 12th YEAR of the poll searching for the most interesting, rarest or otherwise special Slovak tree has found a winner: the white mulberry (Morus alba L.) growing in the town of Senica, among housing estates.

This tree received 1,711 votes and it will represent Slovakia in the European Tree of the Year contest that will take place in February 2015. Placed second was – with 1,510 votes – an English oak (known also as pedunculate oak or French oak, Quercus robur), about 180 years old, that grows in a lonely spot near the Diviaky nad Nitricou municipality in the western-Slovak Prievidza district. It was followed by a small-leaved lime, or linden (Tilia cordata) located near a homeless shelter in Kláštor pod Znievom near the city of Martin, with 1,032 votes. The other nine finalists of the Slovak round included various trees from Veľký Meder, the Ružinov borough of Bratislava, Myjava, Prešov, Dolný Kubín, Detvianska Huta, Banská Bystrica, Banský Studenec and Trnava.

“I have a special feeling towards the lime tree in Kláštor pod Znievom, as I hid there as a one-year-old child for four months during World War II,” singer Peter Lipa (whose surname means “linden”, or “lime”) and patron of the Tree of the Year said. The poll organised by the Ekopolis foundation had a committee select 12 finalists – also with regard to their story – out of 45 trees chosen in a popular vote.

The winner got a special dendrological treatment and a contribution of €200 for its maintenance, while the second and third trees received €200 each, the TASR newswire wrote. This year as well, some other trees from among all those nominated will be treated for free by professional arbourists of the International Arbourist Association ISA Slovensko; and three nominating parties and three voting participants will get book vouchers.

The already traditional poll was organised on the occasion of Earth Day; and its goal is to point to the old, rare or endangered trees and to evoke interest in the environment. Later, it will be possible to vote for the Slovak represen-tative in the European round at treeoftheyear.org.