Despite a strong start to the year for the European and CEE economies, they now seem to be buckling under the weight exerted by intensified geopolitical tensions on business and investors’ confidence this autumn of 2014. A worsening of the forward-looking indicators is gradually feeding into the real economy figures, ranging from new industrial orders to new car registrations. Outlook for the next year thus appears much more blurred than could have been expected on New Year’s Eve. As recently as a few weeks ago, the German government slashed its official growth forecast for 2015 almost in half, down to barely over 1 percent. The past summer indeed turned out to be an Ice Bucket Challenge for investors and analysts alike. 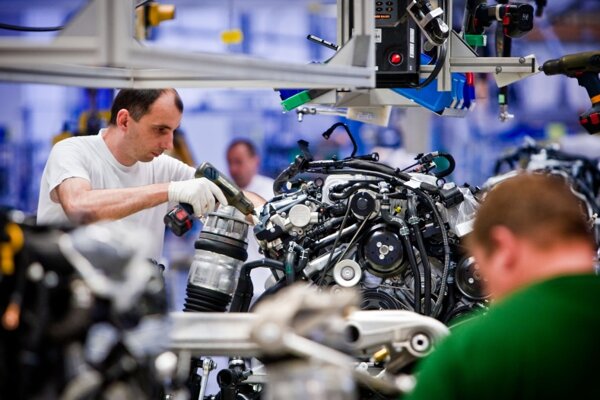 Despite a strong start to the year for the European and CEE economies, they now seem to be buckling under the weight exerted by intensified geopolitical tensions on business and investors’ confidence this autumn of 2014. A worsening of the forward-looking indicators is gradually feeding into the real economy figures, ranging from new industrial orders to new car registrations. Outlook for the next year thus appears much more blurred than could have been expected on New Year’s Eve. As recently as a few weeks ago, the German government slashed its official growth forecast for 2015 almost in half, down to barely over 1 percent. The past summer indeed turned out to be an Ice Bucket Challenge for investors and analysts alike.

The summer months no longer seem to be boring periods where nothing relevant matters, at least from the viewpoint of the European and CEE economies. In contrast to this year’s summer cooling down investors’ optimism, it was the summer of 2013 which had brought the first glimmers of hope to industry in the eurozone. Those encouraging signals ending another “soft spot” in the economic development at the turn of 2012 and 2013 later turned out to be the start of an encouraging growth recovery in the second half of the year. Even Slovakia benefited bountifully from this revival, with manufacturing production eking out double digit growth rates in the last two months of the year.

The restarted engine of European growth raised hopes for 2014, and indeed the first quarter of the year proved that these hopes were not unfounded. The German economy surprised observers with 2.3 percent real growth in the first quarter, the best reading since 2011. Although some of the strength could be ascribed to one-off factors, such as milder weather benefiting the construction industry, also the recovery throughout the eurozone and CEE seemed to be on solid footing. The Slovak economy boosted its real annual growth up to 2.4 percent in the first quarter, the strongest reading since the start of 2012, and more than double the pace for all of the previous year. A more balanced structure of the growth with household consumption and investments contributing notably to the growth at the inception of the year were another reason for increased optimism. And although the momentum from the second half of last year and beginning of this one carried over into the second quarter with 2.5 percent real GDP growth, by the time these figures were released over the summer, serious cracks in the new year’s optimism started to emerge.

Escalation of the geopolitical tensions in the Middle East, as well as in Ukraine, started to make European businessmen wary in the second quarter. After hitting the best level since the summer of 2011 in February and April of this year, the IFO index of German business confidence turned South. Actually, the component of the IFO index gauging future expectations began declining right after its multi-year high in January. Although slight moderations after fresh highs do not come as a surprise, the starting trend of consecutive months of erosion in business confidence could not be ignored, especially due to the strong historical correlation that could have been observed between the development of business confidence and the eventual development in the real economy over the past decades. By October, German business confidence deteriorated to its weakest levels since the end of 2012, and it became clear that the growth prospects in the second half of the year would take a beating.

A similar “south-bound” pattern has also been exhibited by the forward-looking indicators based on the survey among purchasing managers in the eurozone. By September, the market index of activity in the manufacturing industry of the eurozone dropped to its weakest level since last summer, when the most recent recovery started. Moreover, the indicator that was rather useful in indicating the start, as well as the end, of the two prior recessions in the eurozone almost touched the boundary, which might suggest further decline in economic activity. A menacing link between undermined business confidence and economic performance started to emerge more visibly.

Not all of the so-called forward-looking indicators seemed to corroborate the threat that escalation of the geopolitical tensions might undermine the strength of the economic recovery in the eurozone. Under the influence of the very strong start to the year, the ZEW index of German investors’ and analysts’ confidence assessed, as recently as in June and July of 2014, the current situation of the locomotive of the eurozone economy to be the best since the summer of 2011. After a worse-than-expected reading of the German GDP growth in the second quarter, the index of investor confidence took an abrupt jump over the cliff, recording the steepest month-on-month decline in several years in August. It again appeared that the real-economy business people participating in the survey of the IFO institute and purchasing managers could foresee the impact of the unstable geopolitical situation faster and sooner than the Frankfurt towers of investors and analysts. After being served their Ice Bucket Challenge at the end of the summer, even they had to admit that the situation is getting serious.

As recently as June, the price of Brent crude oil peaked at $115 per barrel, the best level since the prior summer, a development confirming the hopes for solid recovery of growth and demand for its black blood. As the cracks in the picture of the European recovery started to emerge, the commodity market turned south as well. Although one can rightly argue about the contribution of the supply side factors, especially the record-high and increasing production of shale oil in North America, these trends did not emerge as recently, nor were they as surprising. Moreover, the escalation of tensions in the Middle East should have “theoretically” contributed with higher “geopolitical risk premium” to support to the oil price. Despite that, the Brent crude oil price tumbled in the last weeks of summer and the first weeks of autumn by over 25 percent to the lowest level since 2010, just above the $80 per barrel mark. The abrupt drop in the commodity price was correlated with the growing number of signals of softening in the eurozone real economy and hence points to the role of the demand factors in such a rapid oil price turnaround. In other words, the pace of deterioration in the outlook for the eurozone and global growth undermined the demand for oil, while cartel producers did not seem to rush to restrict its production as quickly.

The warning signal from the so-called forward looking “soft indicators” was subsequently, with a necessary lag, followed by the first pessimistic news from the “hard statistics”, which measure ex post the actual performance of the real economy. Real GDP growth in Germany for the second quarter surprised expectations with a slowdown to 1.2 percent, even more pronounced than was expected after abstracting from the one-off effects in the first quarter. Then in August, German industrial production recorded an annual decline of -2.8 percent, the worst result since November 2011 and the first negative result since July of 2013. Two months of annual declines in new factory orders contributed to further concerns about the looming slowdown in the last months of the year. Already at the end of the third quarter, the deterioration on the major export markets began to feed into the weakening of exports and industrial performance not only in Slovakia, but also in neighbouring Hungary and the Czech Republic.

Warning shot for the Detroit of Europe

Unsurprisingly, the major driver of the weakening export and industrial performance at the end of the third quarter was the automotive industry, which plays an important role in all these similarly open export-driven neighbours. This was, in turn, a reflection of the fact that in August, the growth of new car registrations slowed down to a mere 2.1 percent, the weakest level of 2014 and one-third the pace in the previous 12 months. This decline was driven by weakness of the demand in the major markets of France (for the second consecutive month), Italy, as well as in Germany. Although hefty autumn discounts helped to rebound car registrations in the EU in September, the year-to-date decline in several smaller, but rich markets (Austria, Netherlands and Denmark), as well as relatively fragile full-year growth in France and Germany at less than half of the EU-wide dynamics should not be ignored. Unexpected suspension in production in one of the major Hungarian car manufacturing plants, as well as in one of the three Slovak facilities, is the most vivid evidence of the souring situation in central European economies. The abrupt slowdown in the pace of industrial production at the end of the summer 2014 is in stark contrast with the double-digit exuberance from the end of last year. Outlook for the CEE industry in 2015 hence appears more tense than it would have appeared as recently as the spring of 2014.