No major improvement for Slovakia in the rankings

Judiciary, corruption, and excessive red tape remain the main hindrances for the quality of the business environment in Slovakia to flourish, observers and foreign investors operating in the country agree. Even though 2013 has brought some small improvements for Slovakia in some of the global rankings of the economic environment, with foreign businesses operating in the country having also expressed some optimism, their complaints remain the same as in previous years. 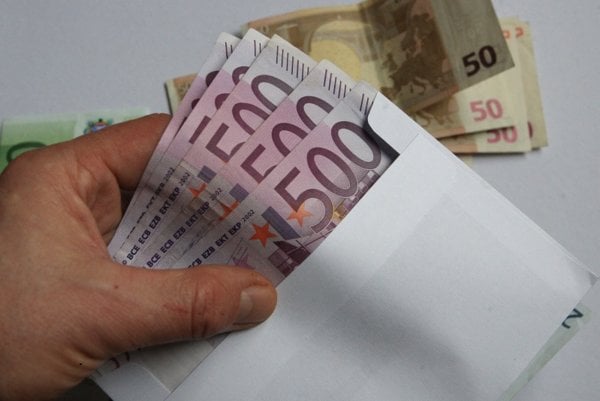 Judiciary, corruption, and excessive red tape remain the main hindrances for the quality of the business environment in Slovakia to flourish, observers and foreign investors operating in the country agree. Even though 2013 has brought some small improvements for Slovakia in some of the global rankings of the economic environment, with foreign businesses operating in the country having also expressed some optimism, their complaints remain the same as in previous years.

As Slovakia approaches the last year of the election term of the current government of Prime Minister Robert Fico and his Smer party (with the elections expected to take place in the spring 2016), observers see little room for some improvement.

“The government’s priority will be to maintain the public finances within the limits of the debt brake, even at the price of non-systemic, single-shot measures,” said Martin Vlachynský, an analyst with the non-governmental think tank Institute of Economic and Social Studies - INESS. Nevertheless, the government claims that by some legislative changes it managed to close some of the loopholes that lead to tax evasion and avoidance.

“The purpose of the proposed changes, aside from the consolidation of public finances, is to boost the rule of law, increase justice in tax affairs and provide an impetus for the creation of new jobs,” Finance Minister Peter Kažimír said on July 9, as cited by the TASR newswire.

Despite criticising some of its aspects, foreign investors operating in Slovakia still view the country as the most attractive location for investments in central and eastern Europe, suggests a survey organised by six chambers of commerce operating in Slovakia and published in March 2014.

Slovakia dropped two spots in the prestigious Doing Business ranking for 2015, which was released in late October 2014. The country ranked 37th among the 189 economies included in the ranking, compared to last year’s 35th position.

Slovakia’s standing worsened in all the evaluated categories except starting a business (up by six slots to the 77th position) and enforcing contracts (up two ranks to the 55th place).

The World Bank highlighted two improvements in the business environment in Slovakia. Firstly, the government “made starting a business easier by reducing the time needed to register with the district court and eliminating the need (and therefore the fee) for the verification of signatures by a notary public”. Also, Slovakia improved its credit information system by implementing a new law on the protection of personal data, the Doing Business 2015 report reads.

Slovakia dropped nine ranks in the paying taxes category, which was already evaluated relatively low last year. In the 2015 Doing Business ranking, the country ended up in the 100th spot.

On average, firms make 20 tax payments per year, spend 207 hours filing, preparing and paying taxes each year, and pay total taxes amounting to 48.6 percent of profit, according to the data published within the Doing Business ranking.

According to Vlachynský, the package of changes in the area of corporate income tax has brought an additional burden for the companies, which, according to the observers’ estimates, practically equals the burden that the increase in the income tax in 2013 brought.

Róbert Kičina of the Business Alliance of Slovakia (PAS), the local partner of the report, however, still considers the country’s position unfavourable and calls for measures to improve the situation.

“After seven years of worsening and last year’s historically worst placing at the 78th position, this year has brought a change in the trend and a small correction of Slovakia’s position,” Kičina wrote in the official statement to the report. “In spite of this, Slovakia has failed to get into the top half of the ranking, in which all EU countries except Croatia and Greece are.”

Kičina mostly sees the increase in macro-economic stability, the decreasing deficit, and a more intensive fight by the government against tax evasion behind the improved ranking.

He would like to see further measures enacted that would focus on improving the operation of public institutions – especially the judiciary and law enforcement – as well as fighting corruption and cronyism, and improving the tax system by abolishing exceptions and decreasing the corporate tax rate to a level similar to that of neighbouring countries.

According to the WEF, Slovakia also faces barriers in the form of administrative burdens, low transparency and limited effectiveness of public expenses, a rigid labour code, a stagnant education system and a low level of innovation.

The Global Competitiveness Report 2014-2015 assesses the landscape of competitiveness of 144 economies. Switzerland topped the rankings for the sixth year in a row. Second place went to Singapore, while the United States ranked third.

Economic Freedom of the World

Economic freedom in Slovakia dropped, compared to last year’s report. According to the latest Economic Freedom of the World 2014 report, based on 2012 statistics, it placed 45th out of 152 surveyed countries, nine positions down from its 2013 ranking. The country received 7.34 out of 10 points.

Slovakia scored the best in the Sound Money area, where it received 9.5 points, placing it in the 22nd position. It also received a high evaluation in the Freedom to Trade Internationally area, where it got 7.9 points (29th place).

On the other hand, Slovakia received the worst scores in the area of Business Regulations (5.4 points, 136th place). Slovakia’s economic freedom is comparable with Portugal, for example, which ended 43rd, or Latvia which placed 44th. The Czech Republic placed 42nd, Poland 48th, and Hungary 50th.

The Economic Freedom of the World report compares 42 various indicators in five areas, based on which it compiles a list of countries. It is prepared by 75 non-governmental organisations from all over the world that are associated in the Economic Freedom Network, led by the Canadian Fraser Institute. The partner organisation in Slovakia is the F. A. Hayek Foundation, supported by the German foundation Friedrich Naumann Stiftung, the SITA newswire wrote.

This year’s ranking is topped by Hong Kong and Singapore, while the Democratic Republic of the Congo and Venezuela placed last.

In the latest chart of 21 countries of eastern Europe and central Asia by the Bloomberg agency, Slovakia placed 13th, tying with Latvia, falling in its position against previous rankings.

The time and cost it takes to start a business is the main reason behind Slovakia’s position, the Hospodárske Noviny economic daily wrote. Experts assessed the best conditions for business, and based the ranking on data of the EU’s Eurostat statistics office and the International Monetary Fund.

Slovakia’s neighbours Hungary, the Czech Republic and Poland (which was evaluated as the best country in which to start a business in the region), placed much better. According to the assessment, “we also profoundly lag behind other states in terms of high costs of labour and material, including energy”, J&T Banka analyst Stanislav Pánis told the daily.

Despite their reservations towards the country’s business environment, foreign investors operating in Slovakia view the country as the most attractive location for placing investments among the countries of central and eastern Europe, a survey organised by six chambers of commerce operating in Slovakia published on March 26 showed. The poll, which was carried out in February 2014, gathered responses from 196 European companies.

While the Czech Republic topped the ranking in 2013’s survey, Slovakia has now replaced it and returned to the top post, which it held before. Most of the respondents (84 percent) claim they would repeat their investment in Slovakia under the current conditions.

The survey rated investors’ views on a scale from 1 to 5, with 1 being “highly satisfied”. Slovakia received a grade of 2.55, with the Czech Republic coming in right after on a grade of 2.56. Poland and Estonia came in at 2.67 and 2.83 points, respectively. In most instances, the evaluation of Slovakia’s business environment remained unchanged from last year. Among the areas which have worsened compared to last year, according to foreign businesses operating in Slovakia, the vocational education system stands out.

“On the one hand we have a lot of companies in Slovakia seeking experts, but on the other hand there are too many young people who, despite having completed their education, are unable to find a job,” said Vladimír Slezák, head of the German-Slovak Chamber of Industry and Commerce (SNOPK), pointing out the paradoxical situation which according to him proves vocational education in Slovakia is only slightly focused on the real needs of the labour market.

Apart from that, in this survey investors also pointed out the alarming state of Slovakia’s judiciary and expressed their view that improvement in the area of law enforcement, anti-corruption measures, and transparency of public procurement is needed. The investors see the main advantages of Slovakia as an investment location its EU membership, the effective and productive, yet relatively low-cost labour force, and the accessibility and quality of local suppliers.

“Ten years after its EU accession, investors give Slovakia an excellent grade for its integration into the European internal market,” Slezák said.